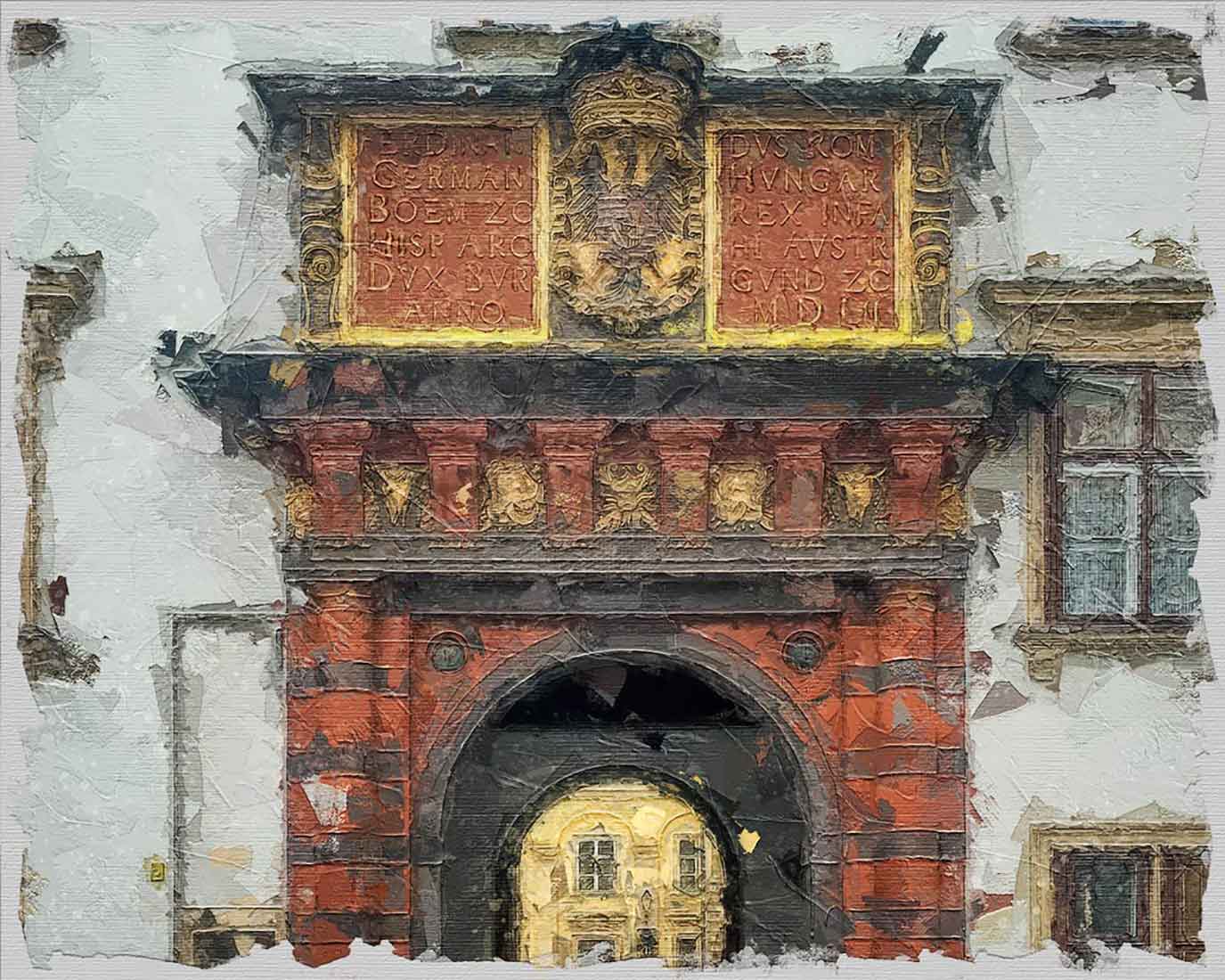 imlessly wandering - I don't really have a plan or agenda - I come across the Minoritenkirche (Minorities Church).

After the city fire of 1275, the foundation-stone for the new church was placed. The Gothic choir was built between 1316 and 1328, and used as a mausoleum in the 14th and 15th centuries. Construction of the church was completed in 1350 and follows the pattern of French cathedral architecture – rare for Austria. The top of its bell tower was damaged during the first Austro-Turkish war, rebuilt, then again destroyed again during the second Austro-Turkish war; the top was then replaced by a flat roof.

Inside, the walls of the church are covered with frescoes of the coats of arms of Austrian aristocratic families who either contributed to the construction of the church or are buried here and a life-sized copy of Leonardo da Vinci’s The Last Supper on the church’s northern wall, although I do not go inside.

Leaving the church, I mull over my next direction – I briefly think of the Stephansdom and perhaps climbing the tower (if it is allowed) but I remember all the costumed concert ticket hawking guys and it gives me pause. I realize that I am hungry and tired – it has been a busy past few days. I opt to grab something to eat and return to my hotel for some rest and to catch up on work. 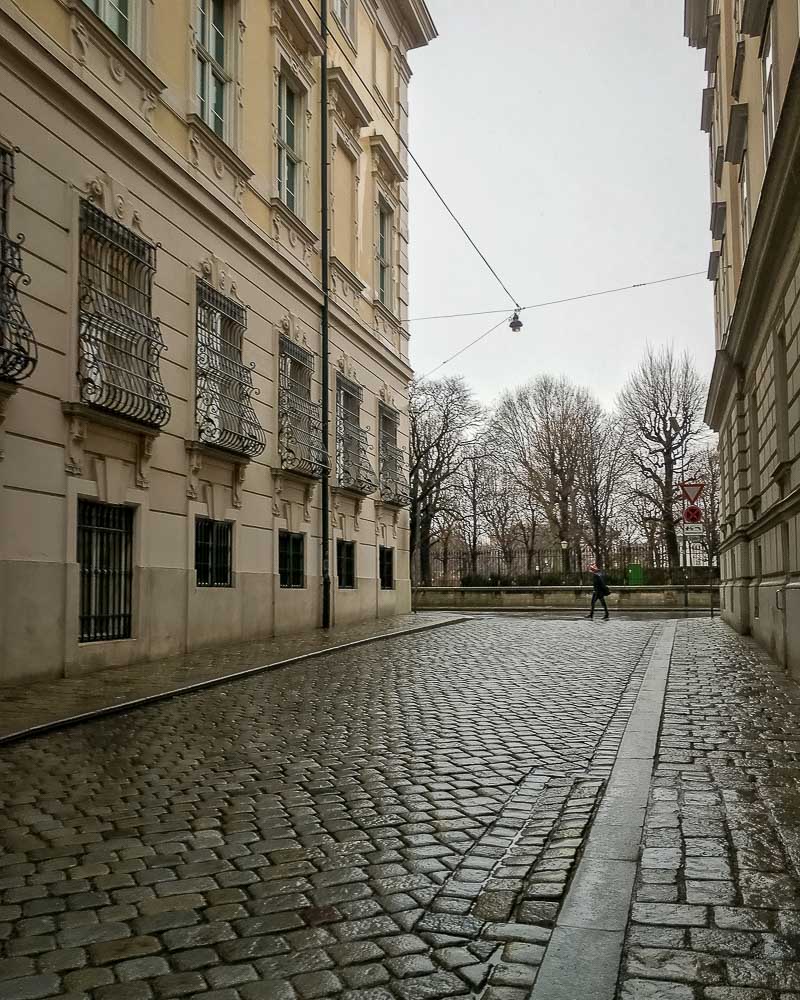 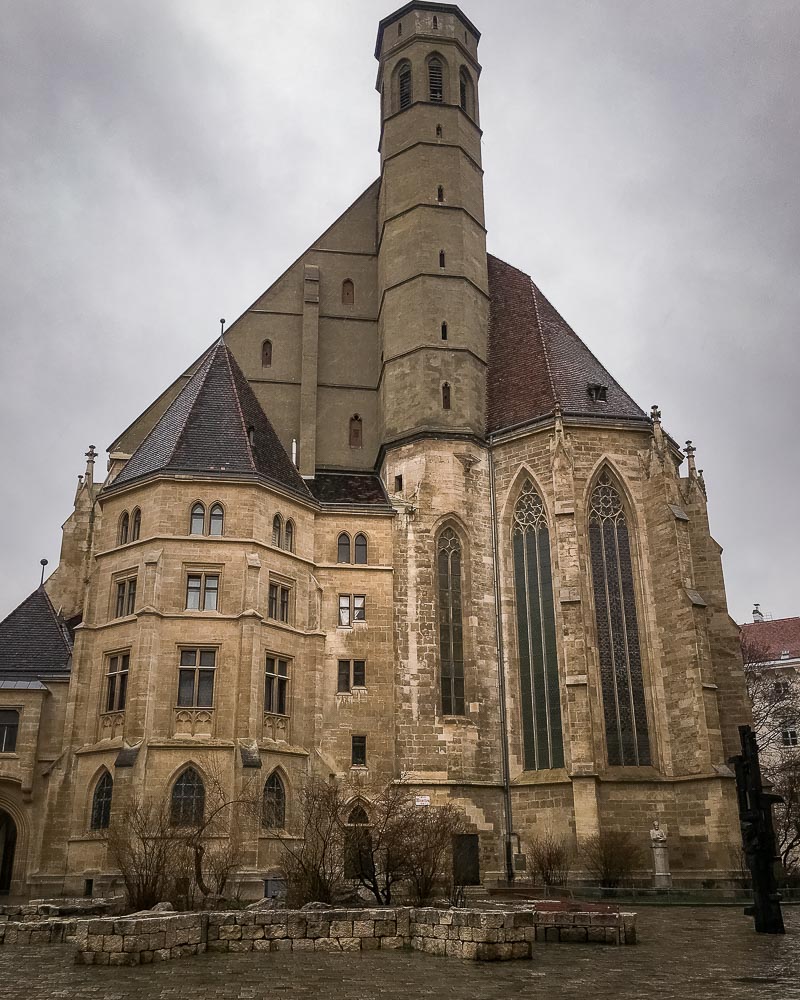 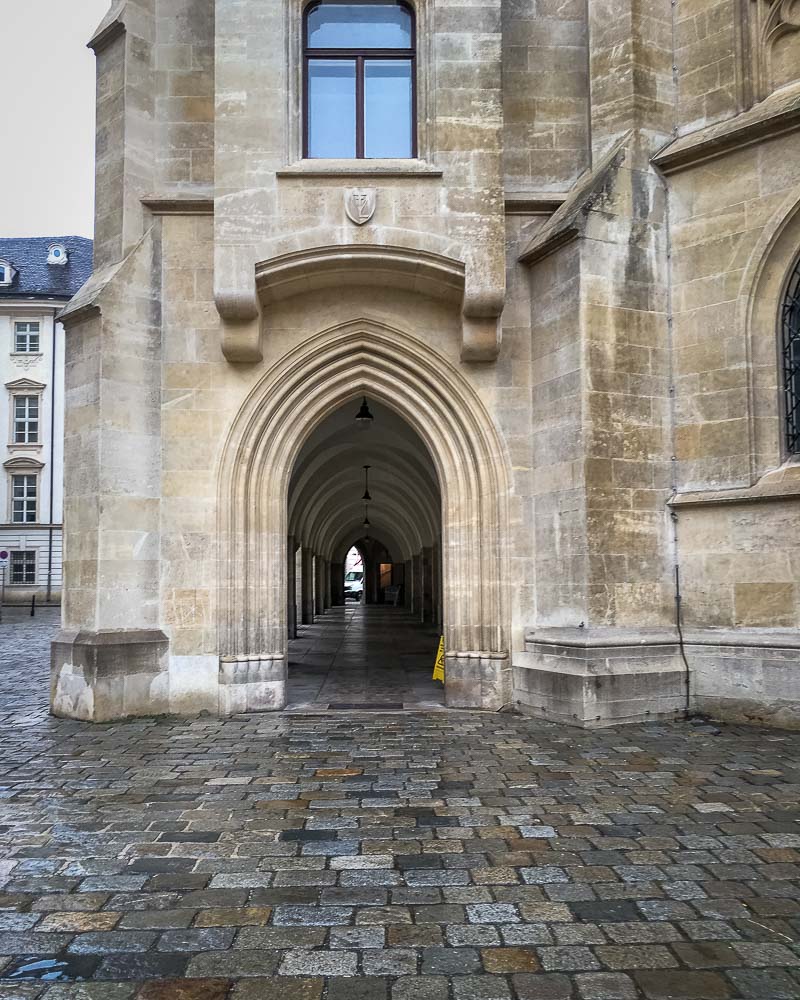 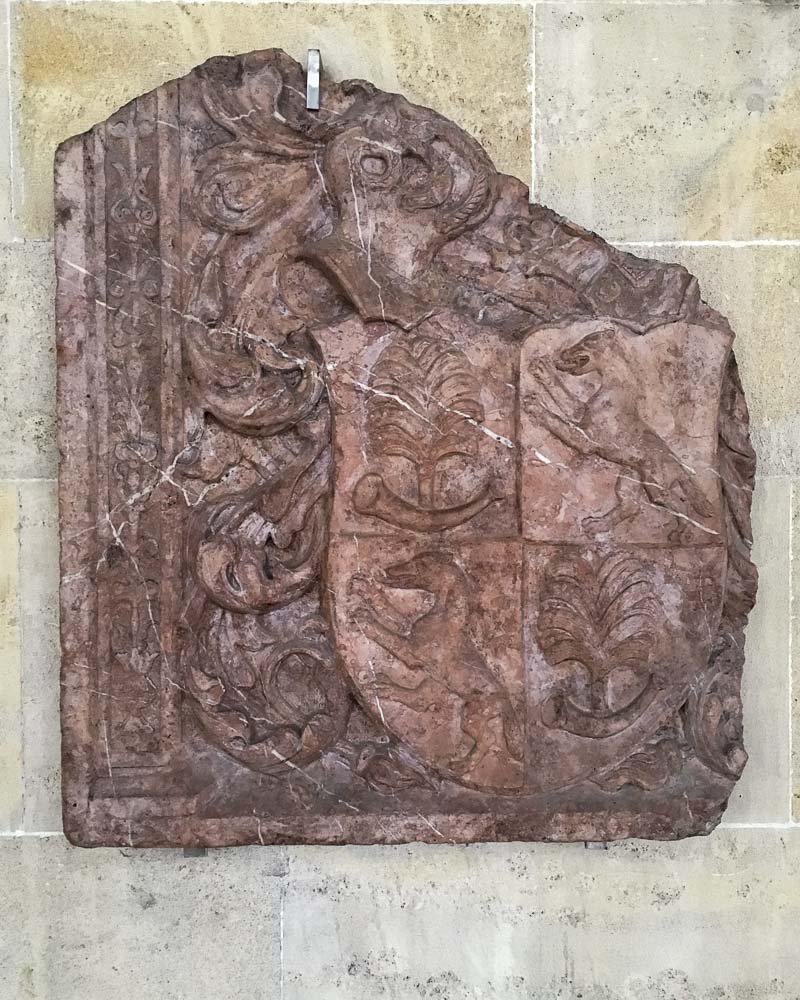 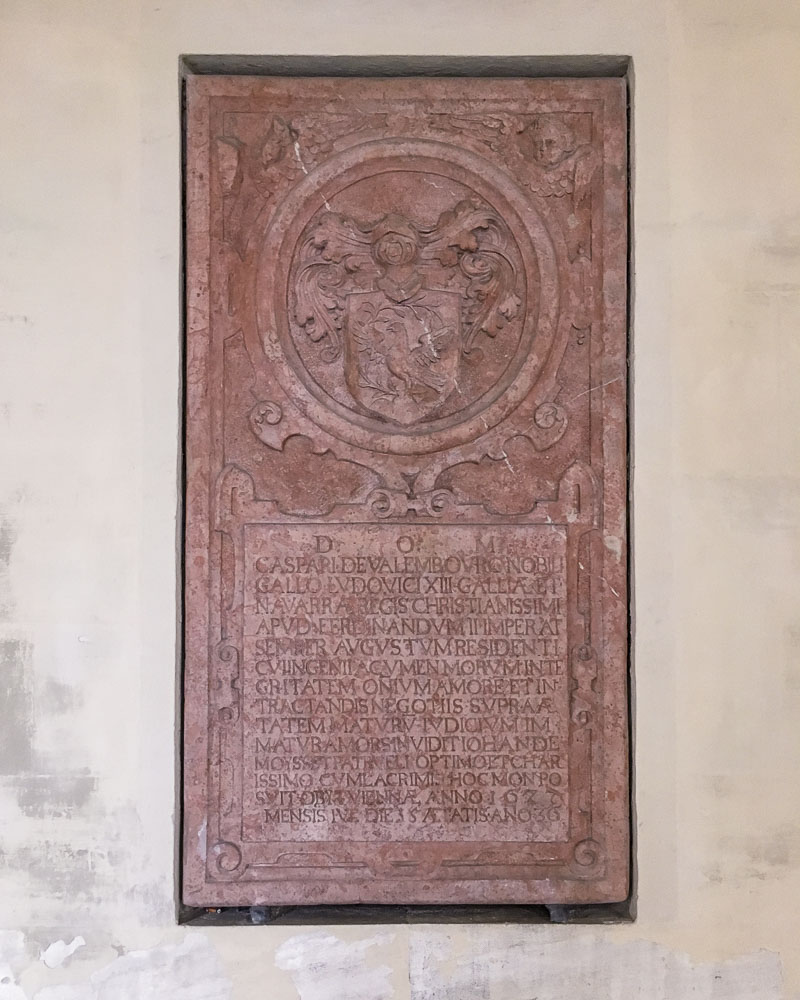