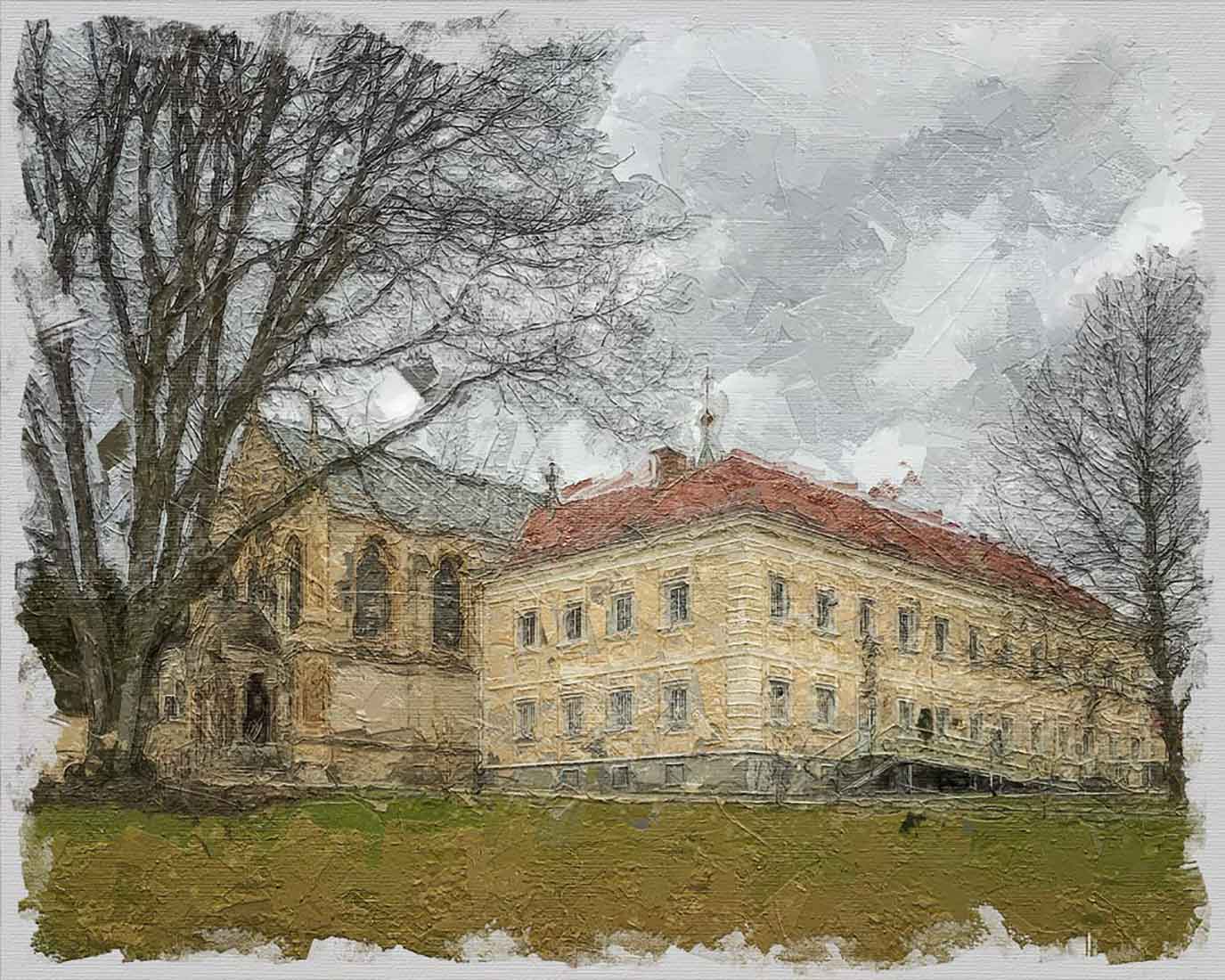 he scandal: a suicide pact between the Austrian Crown Prince and his teen-aged mistress. The setting: a hunting lodge in the middle of the Viennese Woods.

Soon we arrive at our first stop – a former hunting lodge that, today, houses the Carmel St. Joseph of the Discalced Carmelite Sisters. Disembarking the bus, I am surrounded by hills and trees. The forest sounds as is it is crying as the wind blows through the trees. It is a mournful sound.

First – the ticket counter / gift / coffee shop. We don’t need to purchase tickets as that is included in the tour cost. After listening to a short story about the history of Mayerling, we were left to our own to explore on our own.

Listen carefully and you can hear the wind in the forest…

The construction of the building was planned in such a way that the altar of the newly built neo-Gothic church was placed on the site of Crown Prince Rudolf’s deathbed. The mural above the high altar shows St. Joseph kneeling on a bank of clouds, surrounded by angels and saints, as he commends the Habsburg monarchy – symbolized by heraldic shields and crowns – to the Holy Trinity. 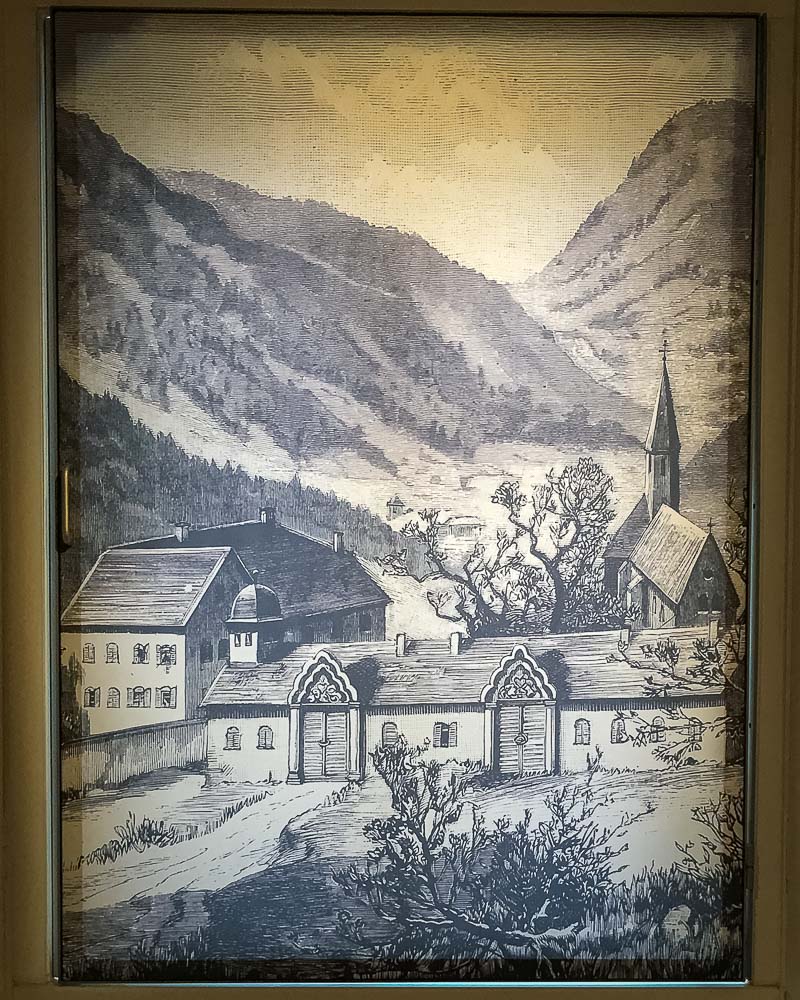 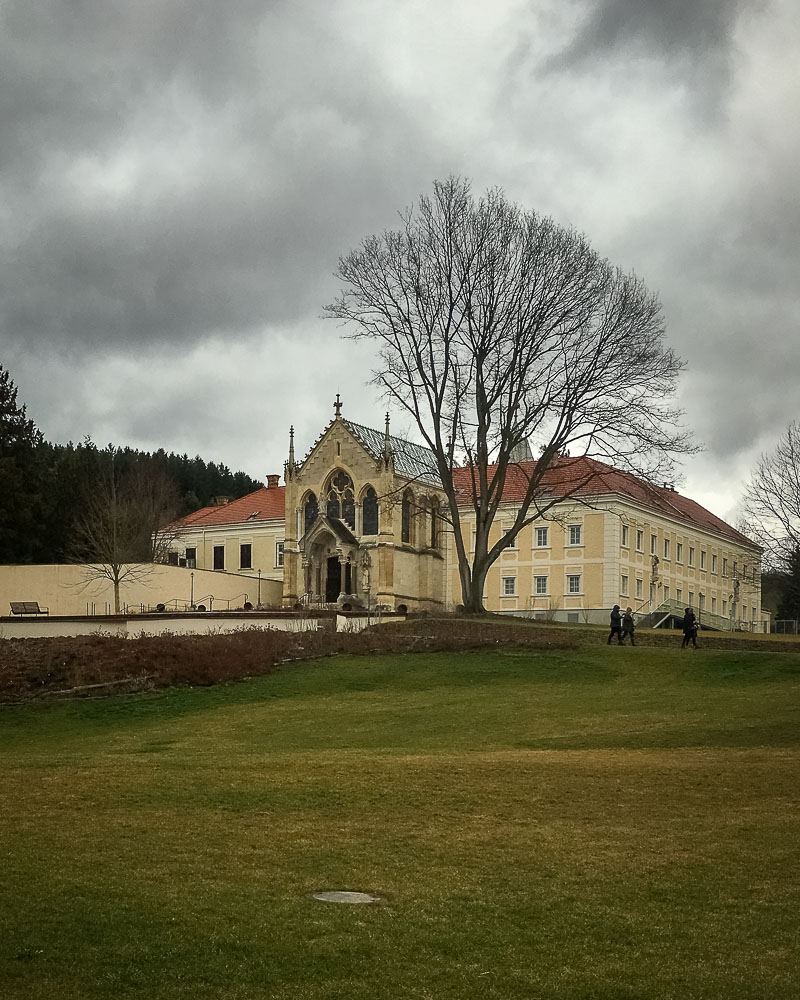 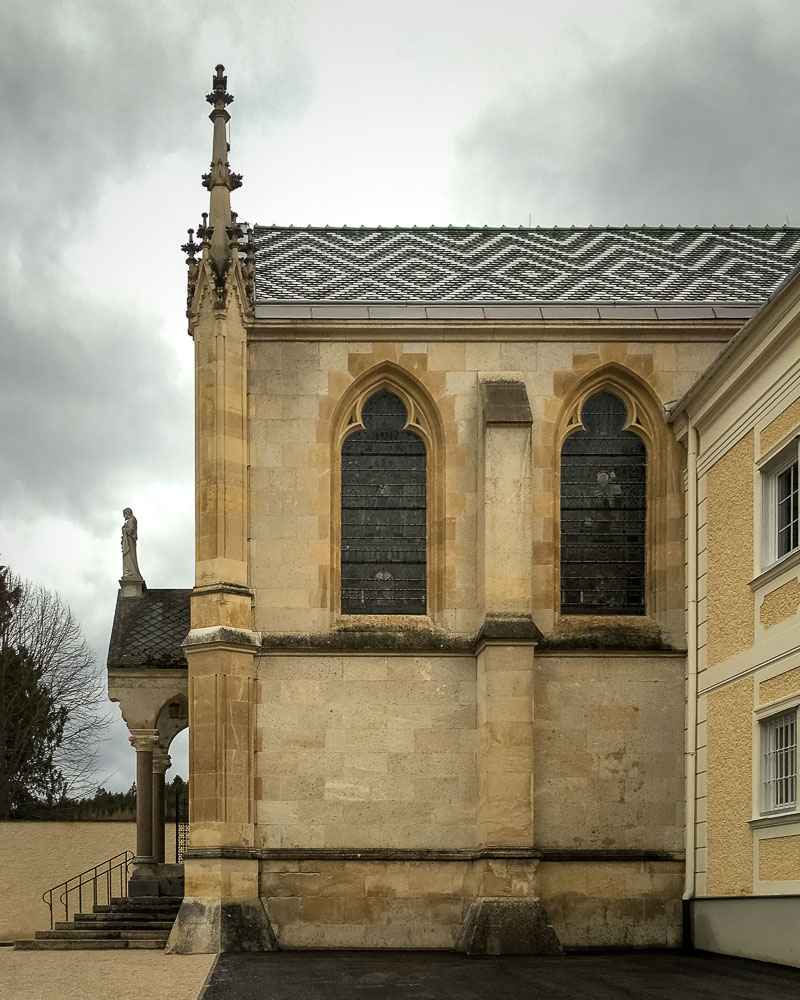 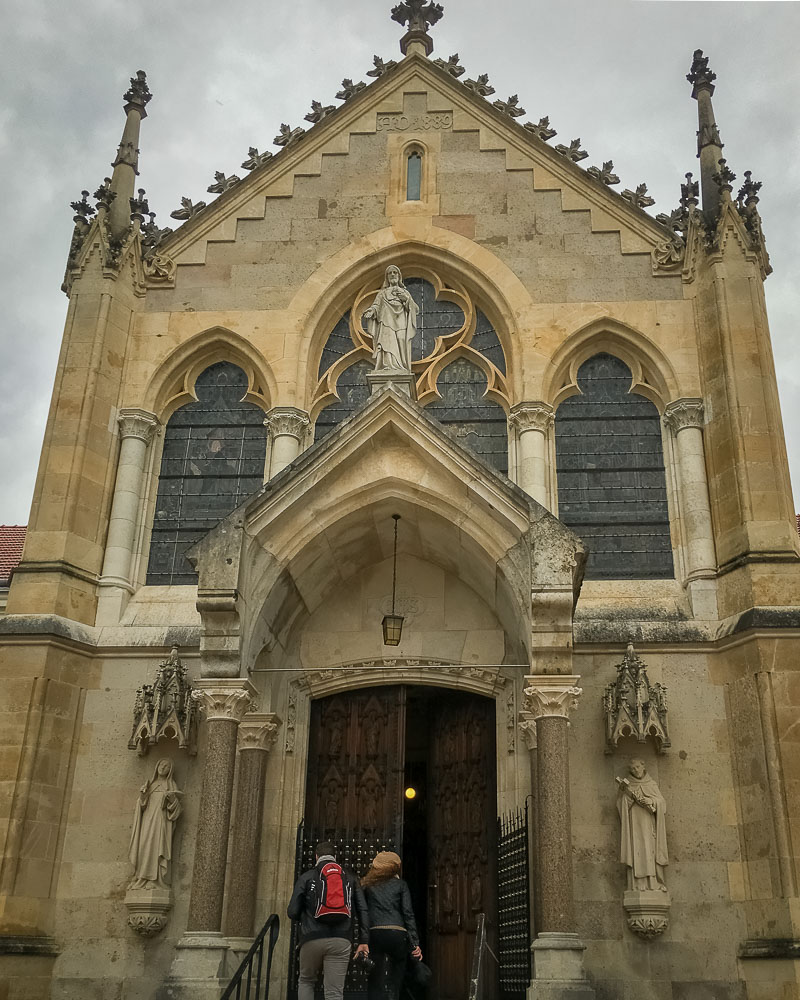 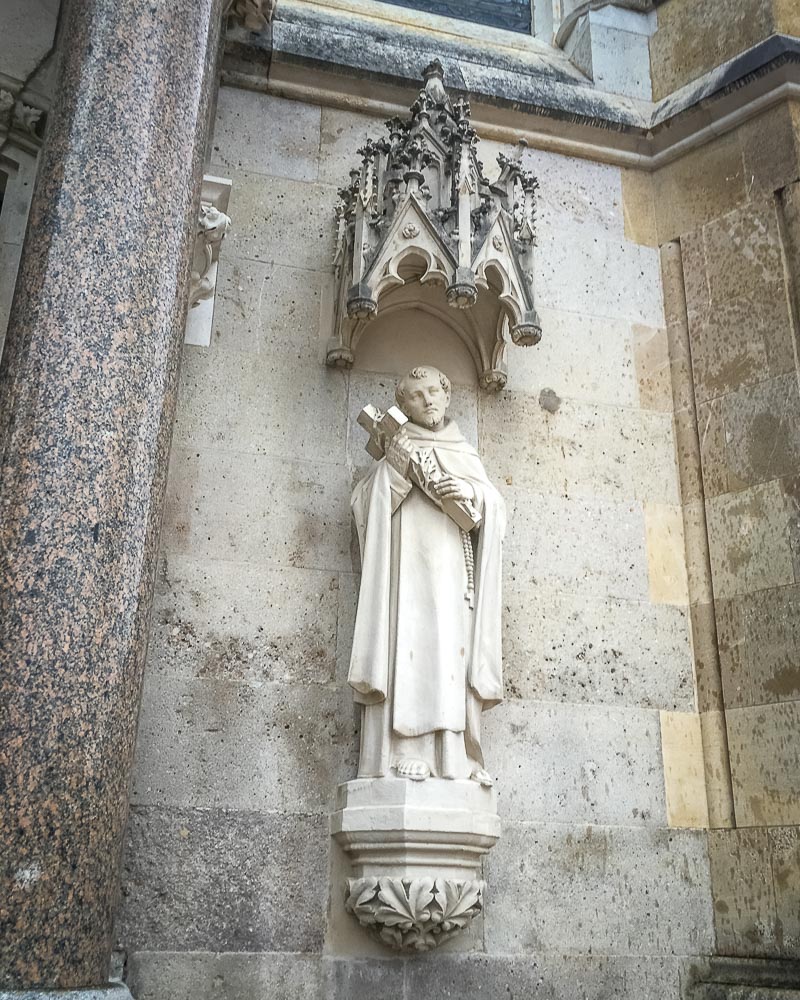 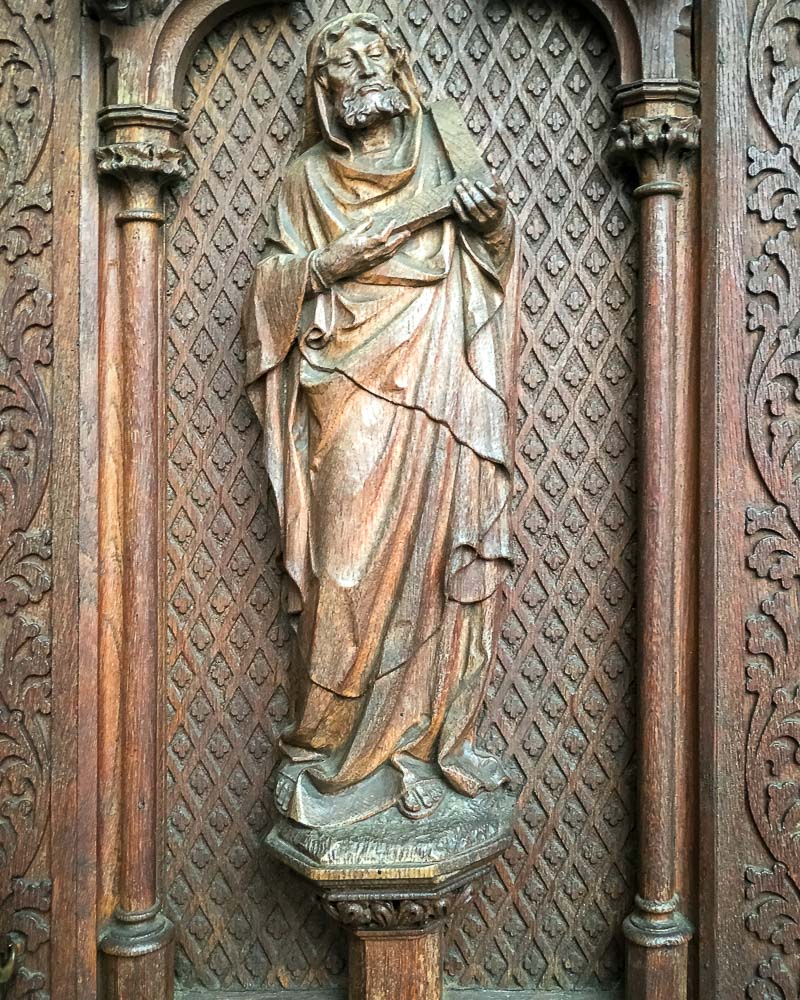 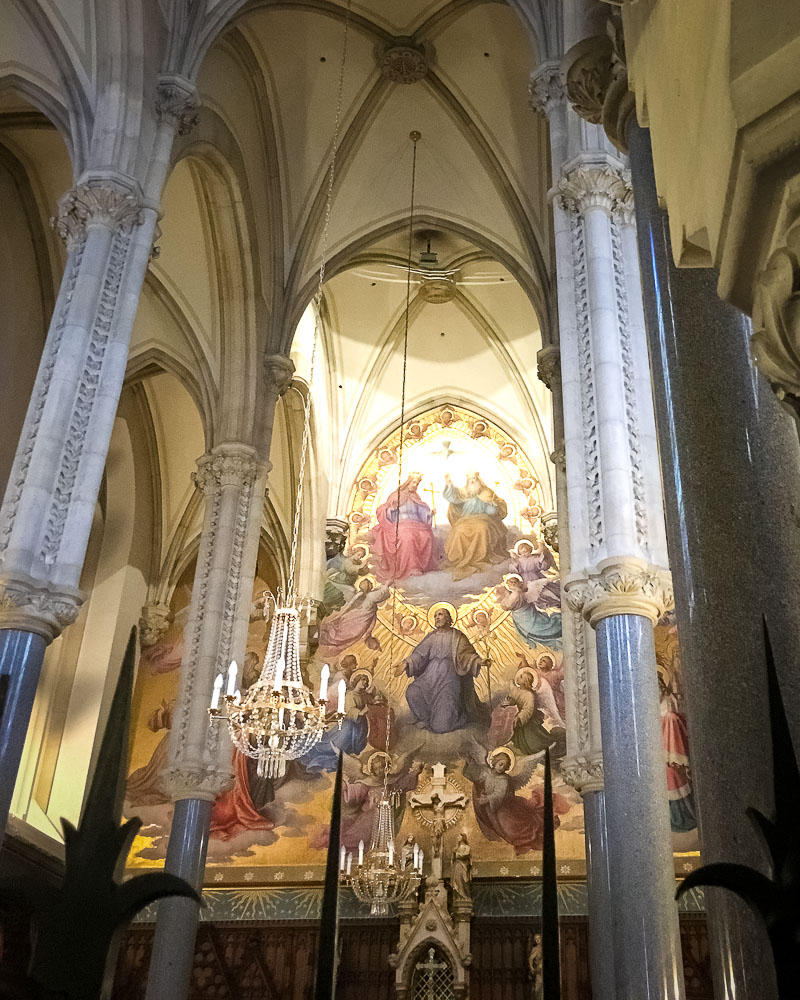 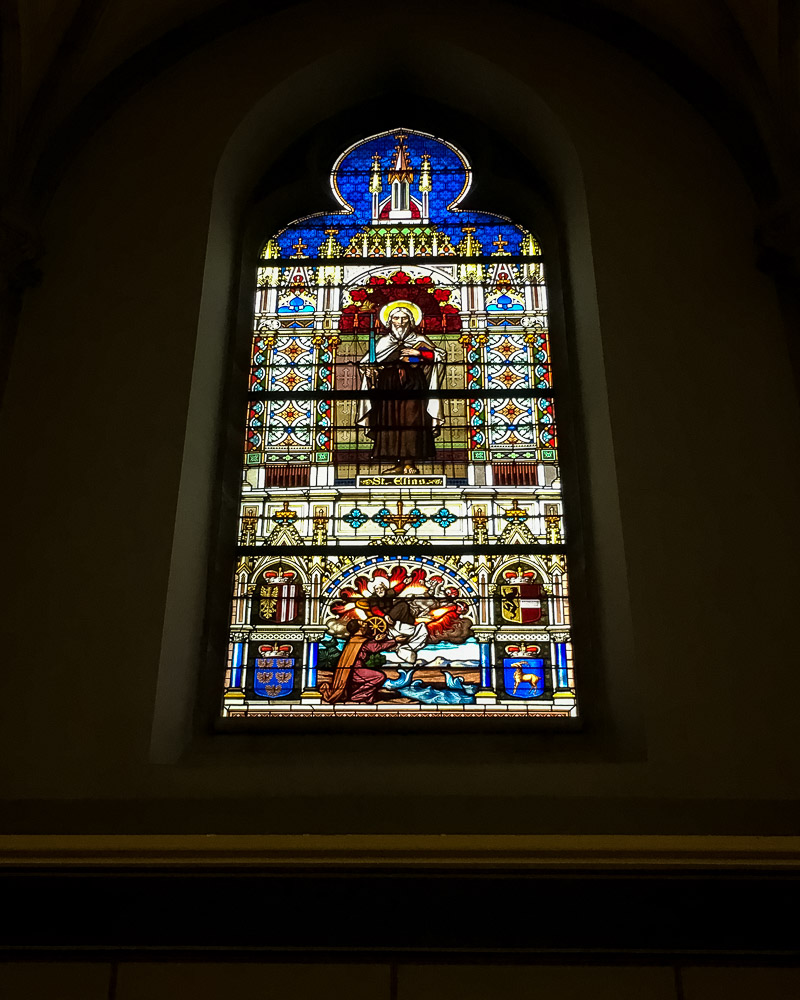 In 1940, the Carmelite Sisters of Mayerling were expelled by the Nazis and the convent was abandoned – they had only one day to vacate. The convent grounds and buildings were first used by the Nazis and, later, by the Red Cross. In 1945, the buildings were badly damaged and the same year, sisters from the neighboring convents resumed life in Mayerling. Ten Carmelite nuns currently live in the convent

It is time to say goodbye to the sadness of Mayerling – we are off to our next stop. 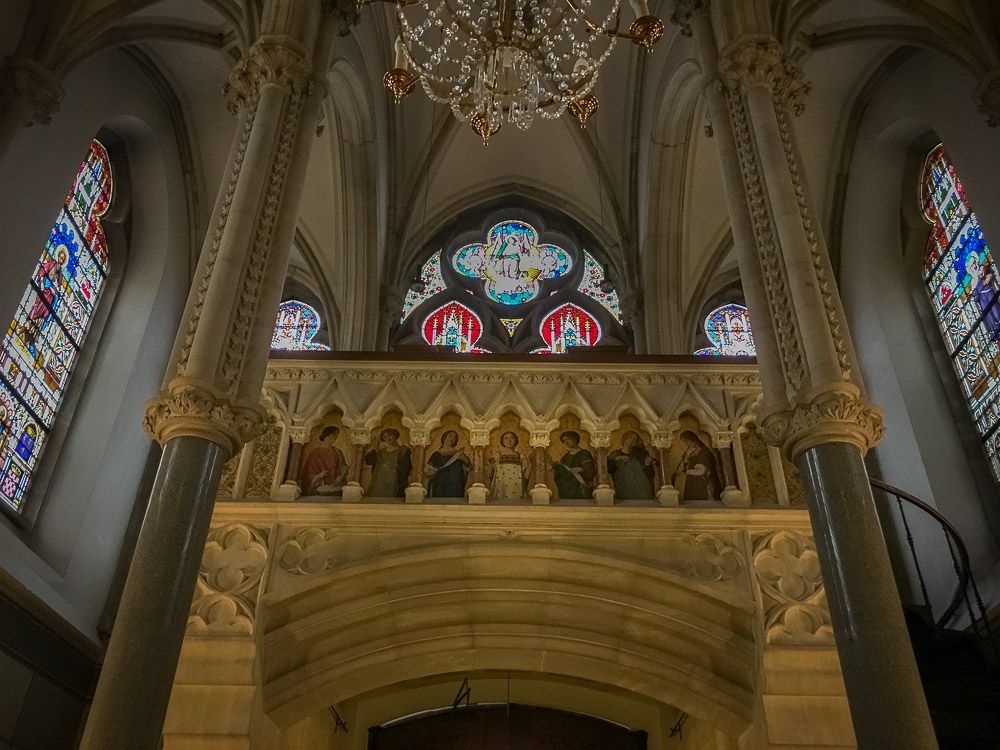 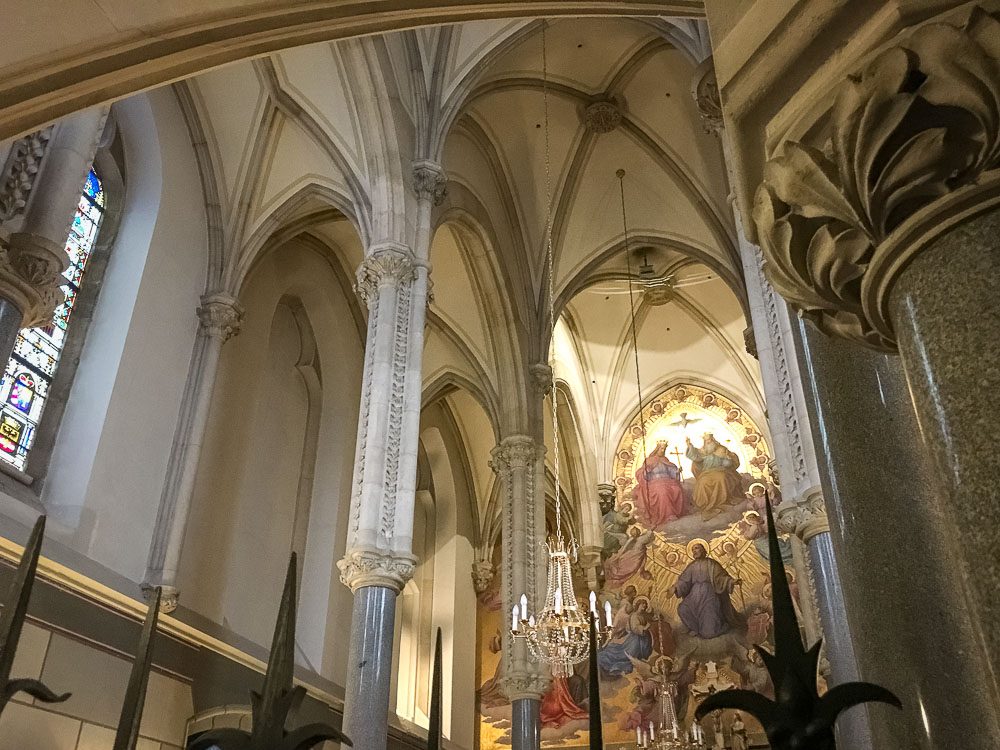 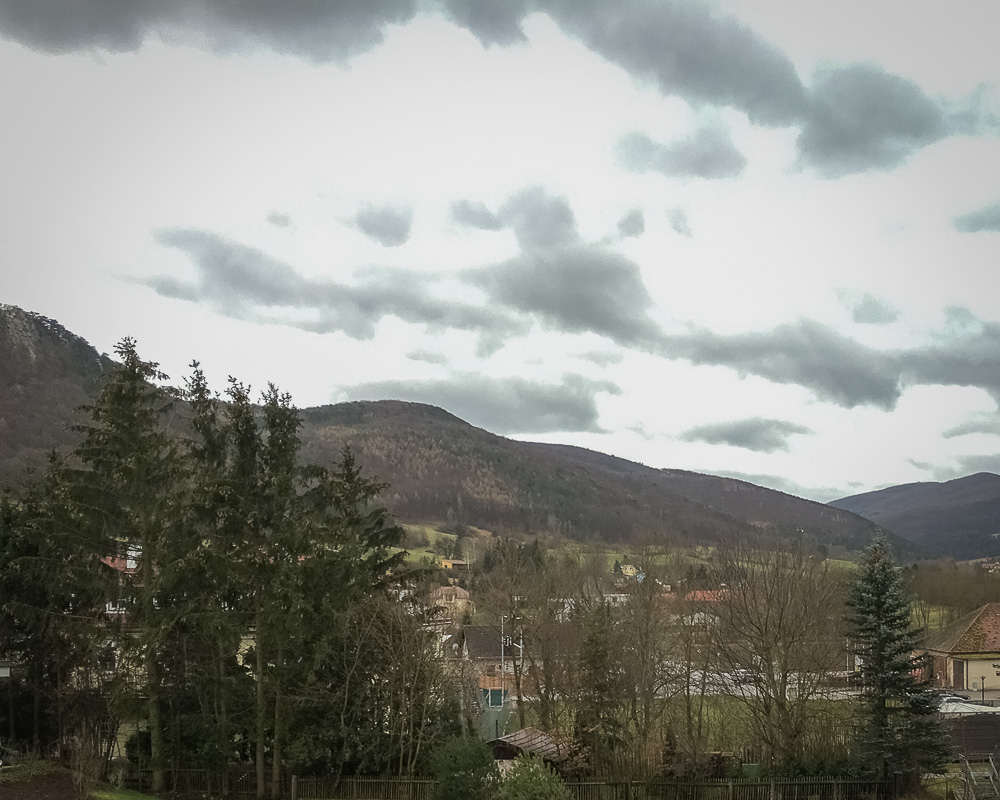