there exists in the old GDR (East Germany) a special sort of crosswalk signal. I noticed them during my first trip to Berlin and was instantly enchanted and it seems that I am not the only one who finds them so as they have developed a cult following. Furthermore, during a visit to Dresden (also the old GDR), I saw that my favorite little crosswalk man had also been made into a woman and I wondered if there were other "little cross walk men". I decided to look into this and I fell down a rabbit hole. Come along with me and learn about the famous "Amplemännchen" of Germany.

The History of the Amplemännchen

In 1961, the traffic psychologist Karl Peglau submitted his suggestions for new traffic light symbols for pedestrians and the little East German traffic light men were born. As a psychologist, he knew the importance of emotional effect, and gave his little men a pug nose, a hat, and the beginning of a paunch. He appealed to pedestrians through the use of figures that are specific and colorful, homely and fun, and created a graphic connection between the ways in which children, the elderly and people with disabilities mentally experience and process what they see. The fat, outspread arms of the front-facing little red man to underline the function of a barrier and the command to stop. Use the widely striding legs of the sideways-facing little green man to underline the function of a dynamic arrow – in other words – go. 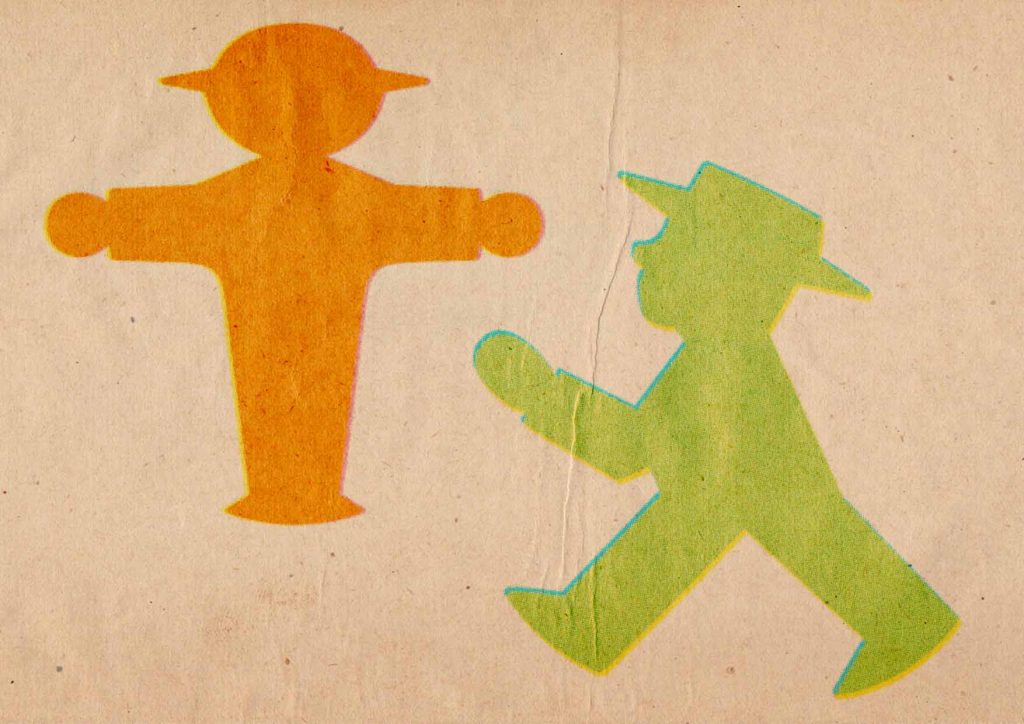 With her plaited hair and flowing knee-length skirt, the “Ampelfrau” is the first to be installed in the eastern German town of Zwickau in 2004. The towns of Dresden, Sonthofen, and Fuerstenwalde followed suit. She has her fair share of critics. Although her pigtails and wide skirt was meant to be easy to see especially for the visually impaired and elderly, some see these traditional markers of femininity as too stereotypical. Berlin refuses to install them because she’s too “cliché,” and German newspapers described her as “frumpy” and “fussy” when she was first introduced. Although I can certainly see their point, I personally find the Amplefrau charming. 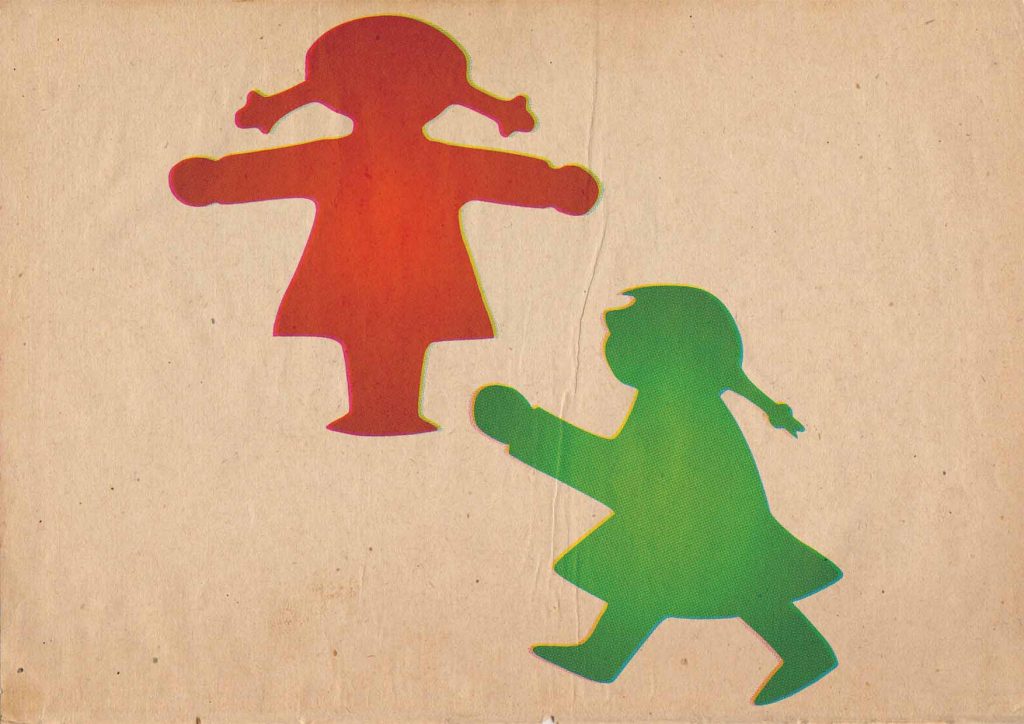 In at least 20 German cities, creative minds have been at work entertaining pedestrians waiting to cross the street. In Duisburg, as a tribute and reminder of the miners and collieries, two tireless miners have been accompanying people across the street since 2018. For Karl Marx’s 200th birthday, his hometown of Trier erected a pedestrian crossing man (his wife has one too!).  Another 200th birthday anniversary, this time for the famous poet Theodore Fontane in Neuruppin, was celebrated by a crossing light man.

Det, the Mainzelmännchen, decorates the traffic lights in the capital city of Mainz. In Friedberg, Elvis lives on in the pedestrian crossings since 2018. The singer was stationed in Friedberg from 1958 to 1960 and lived in neighboring Bad Nauheim, where Elvis traffic lights are also used. In light of the 500th anniversary of Martin Luther’s appearance at the Reichstag in Worms in 1521, a Martin Luther figure is installed as a pedestrian traffic light. In Ausburg, one of the city’s traffic lights has been delighting children as a puppet since 2017. Downtown Stuttgart hosts the 1960s Swabian cartoon figures “Äffle und Pferdle”. 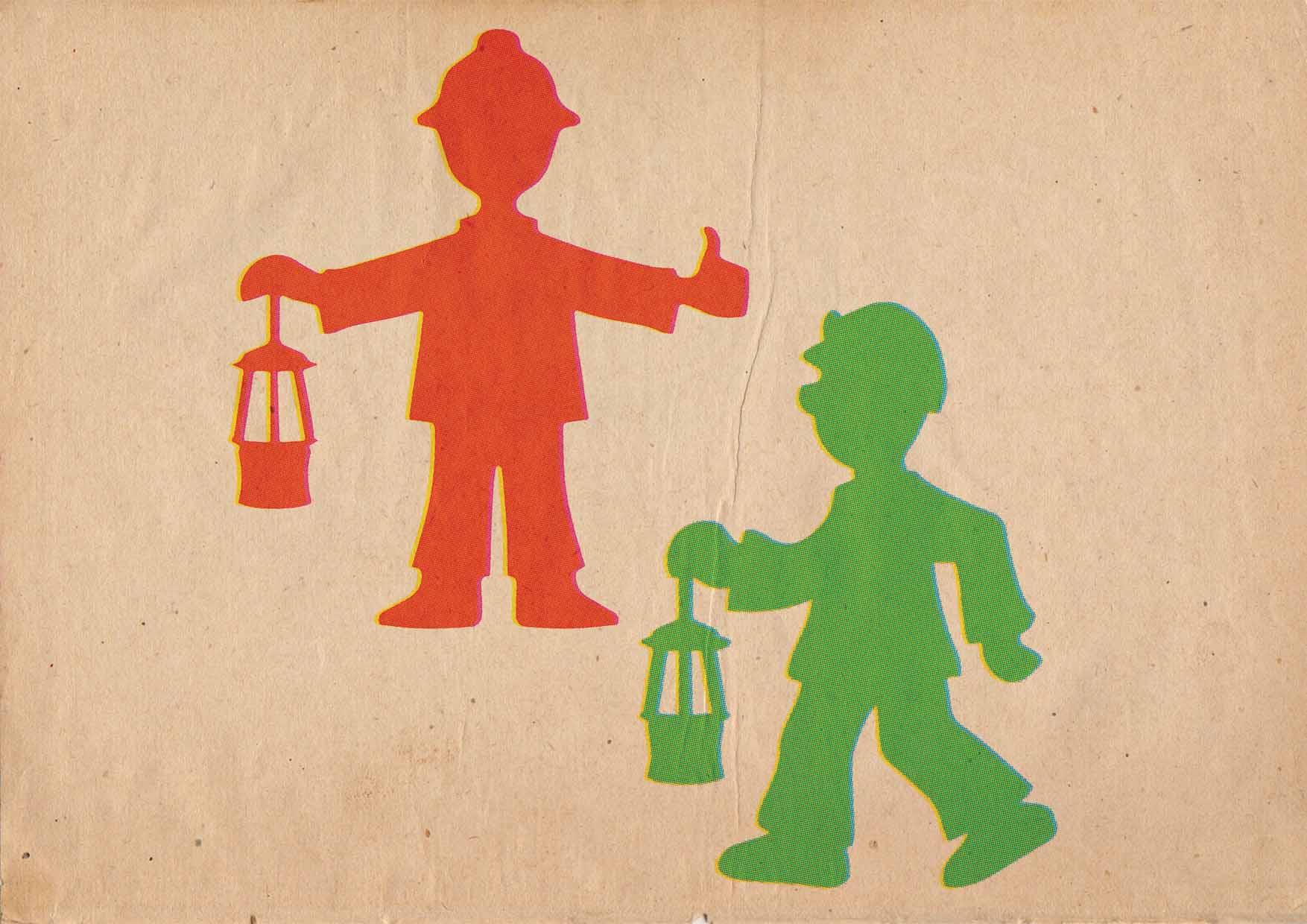 The miner with a helmet on his head and a lamp in his hand is to remind people of the history of mining in the region. 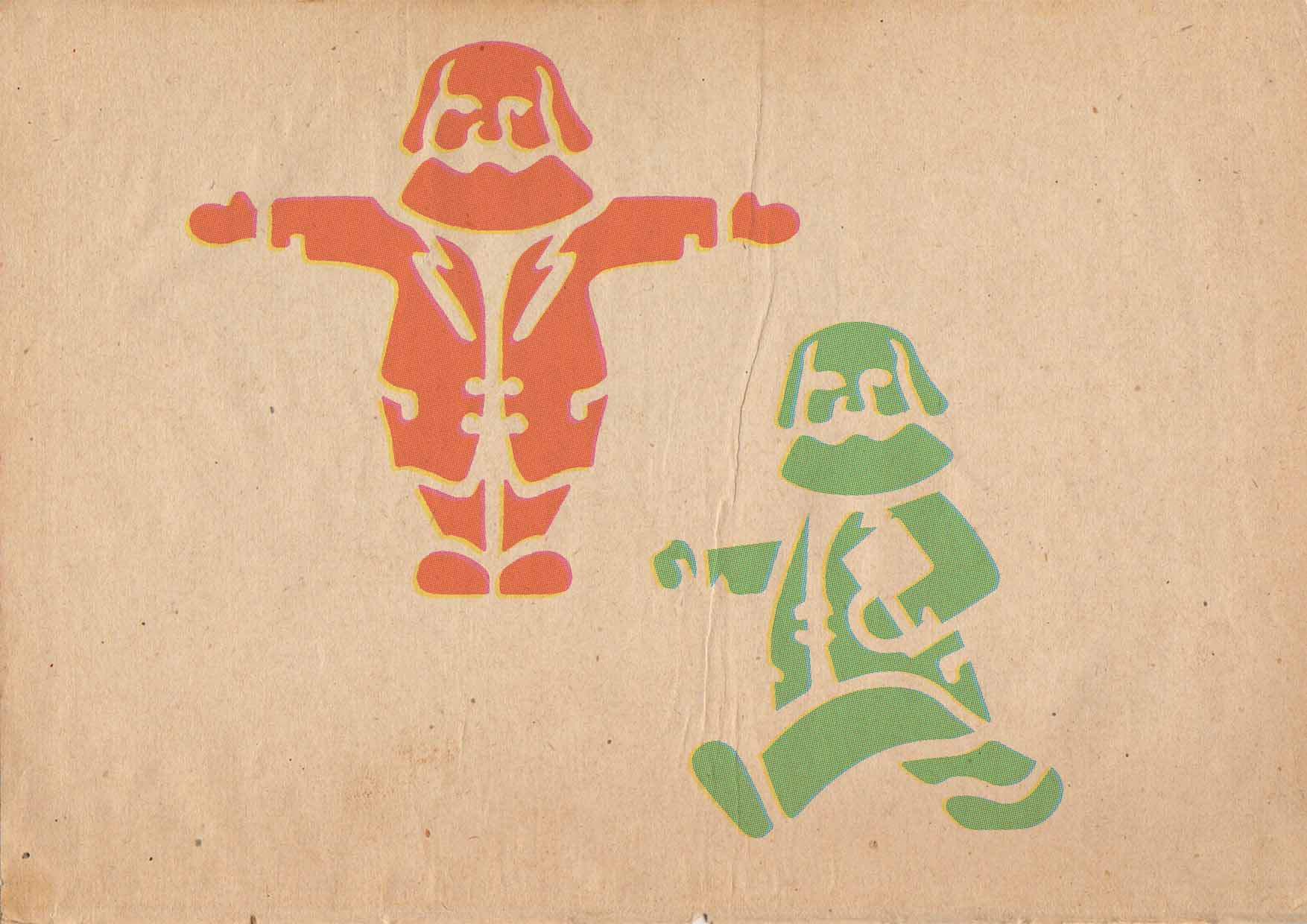 Wearing a smart frock coat and with arms outstretched, Karl Marxasks pedestrians to be patient. At a brisk pace and with a book under his arm, he then crosses the street. 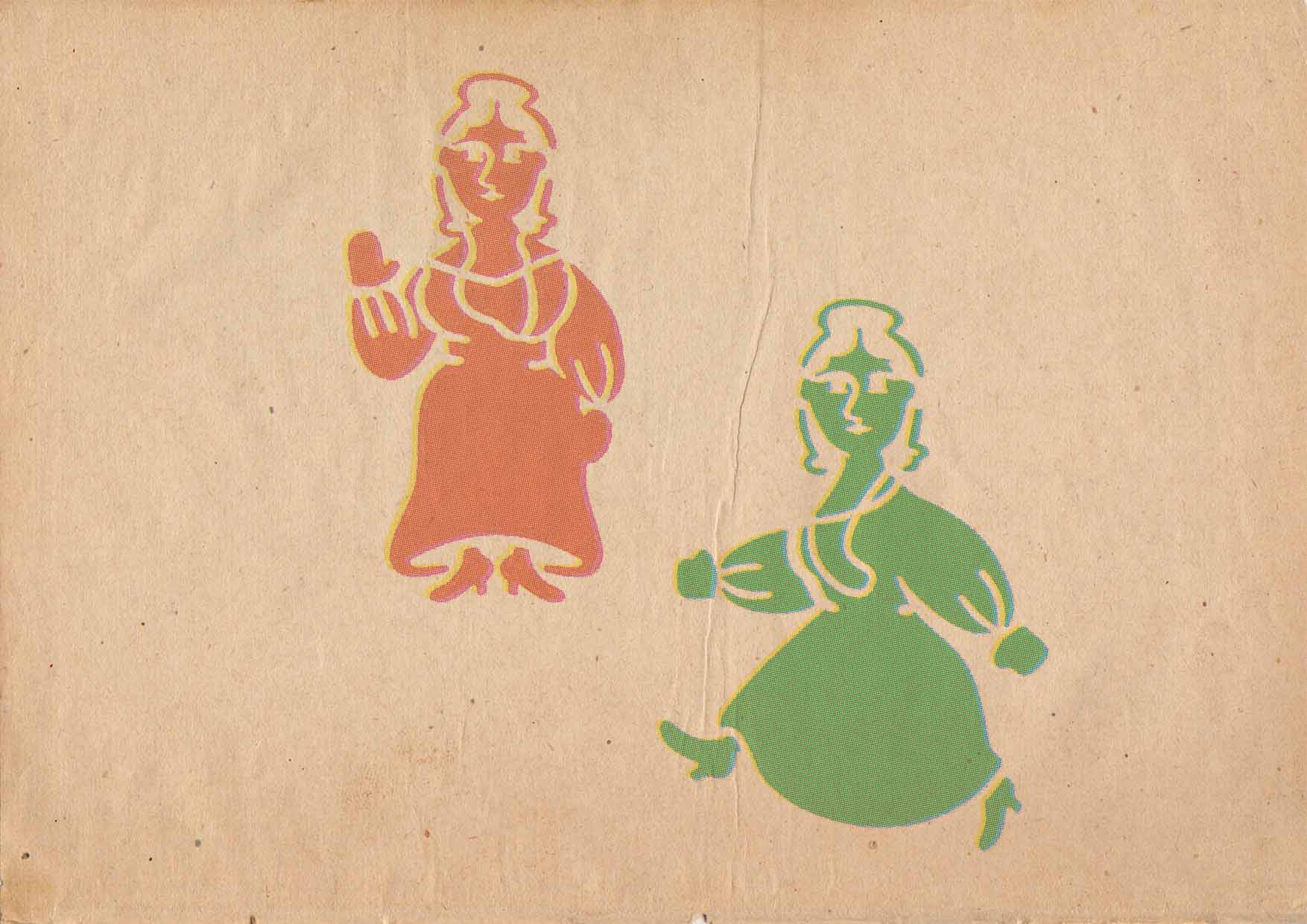 The wife of Karl Marx 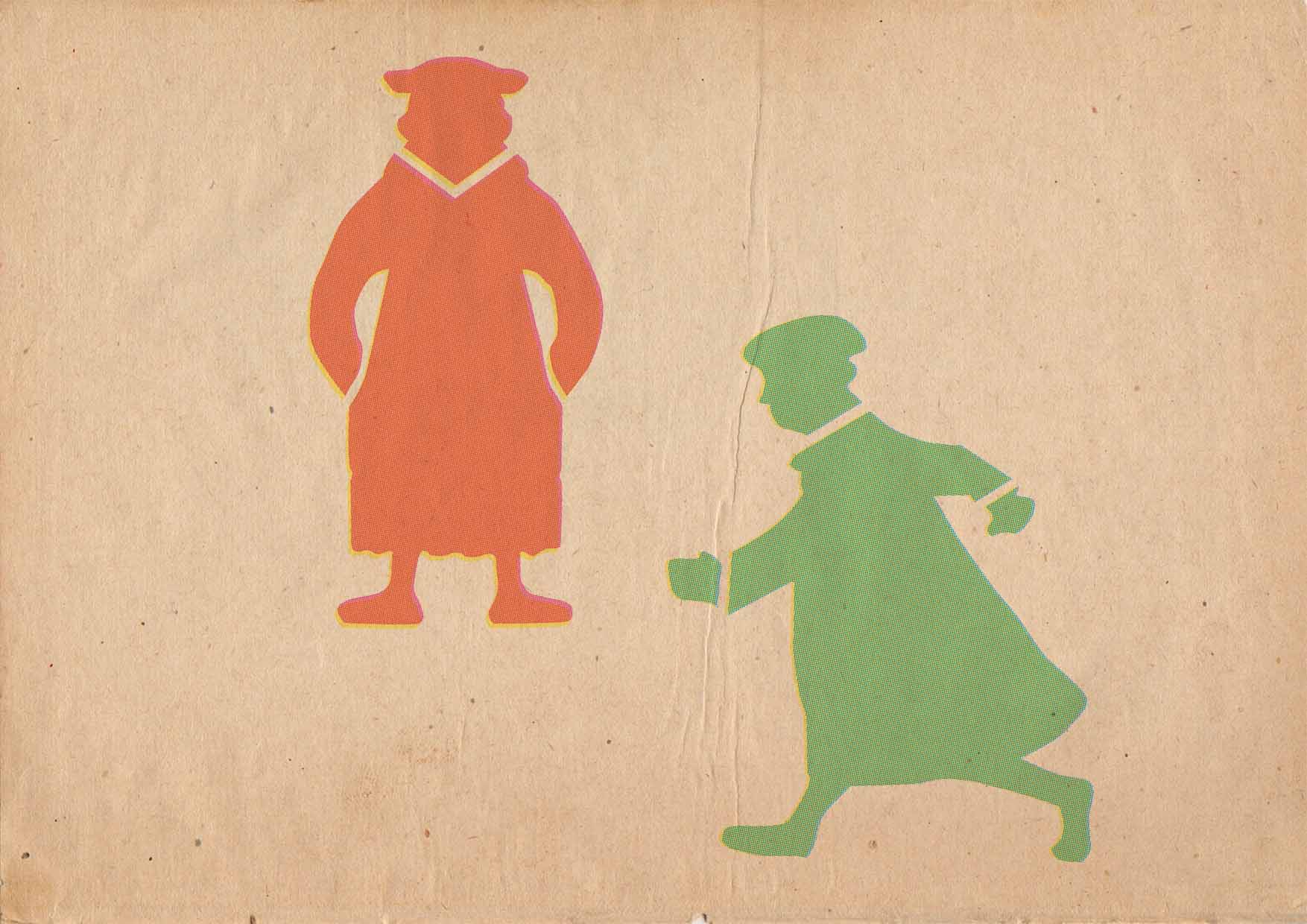 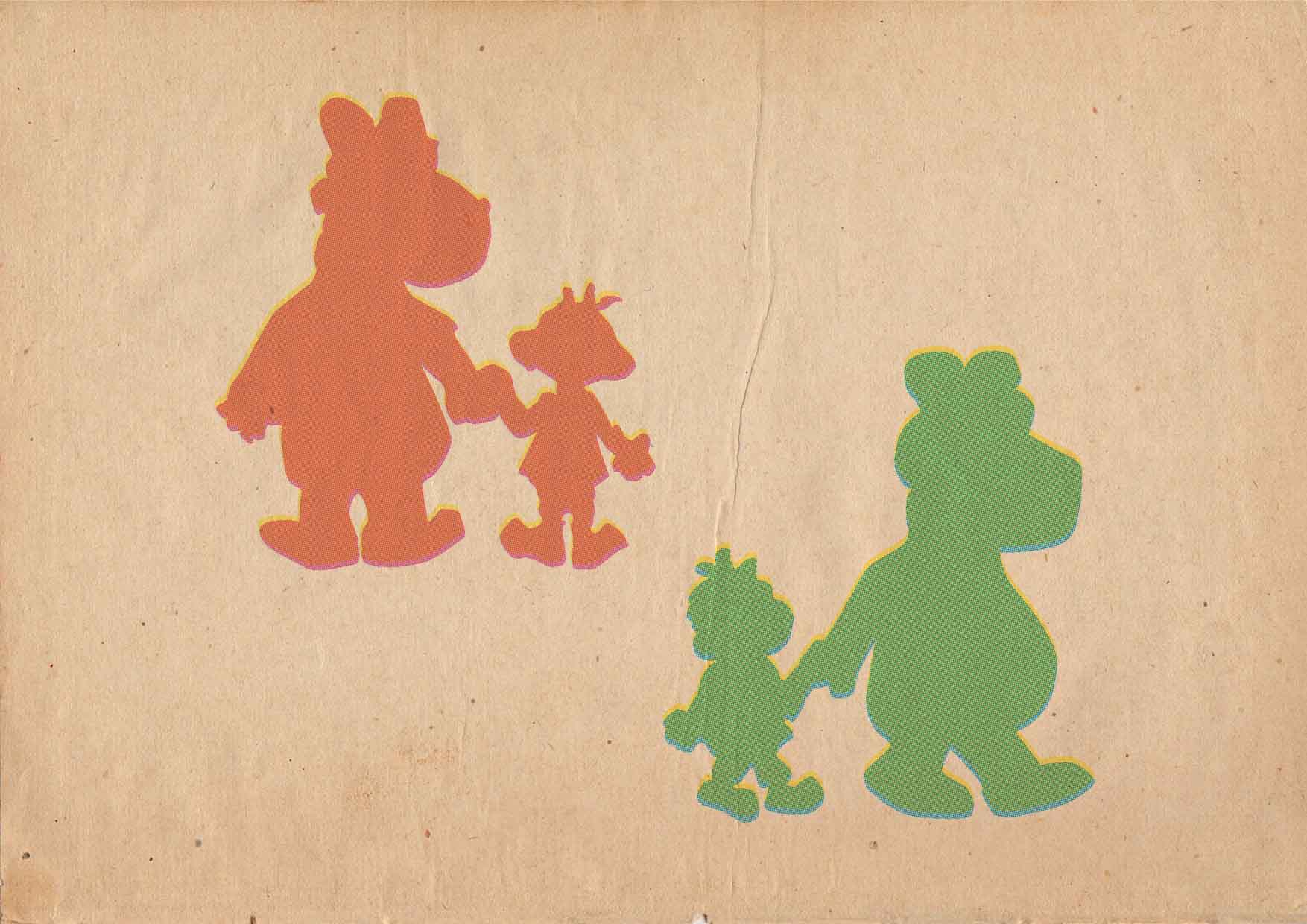 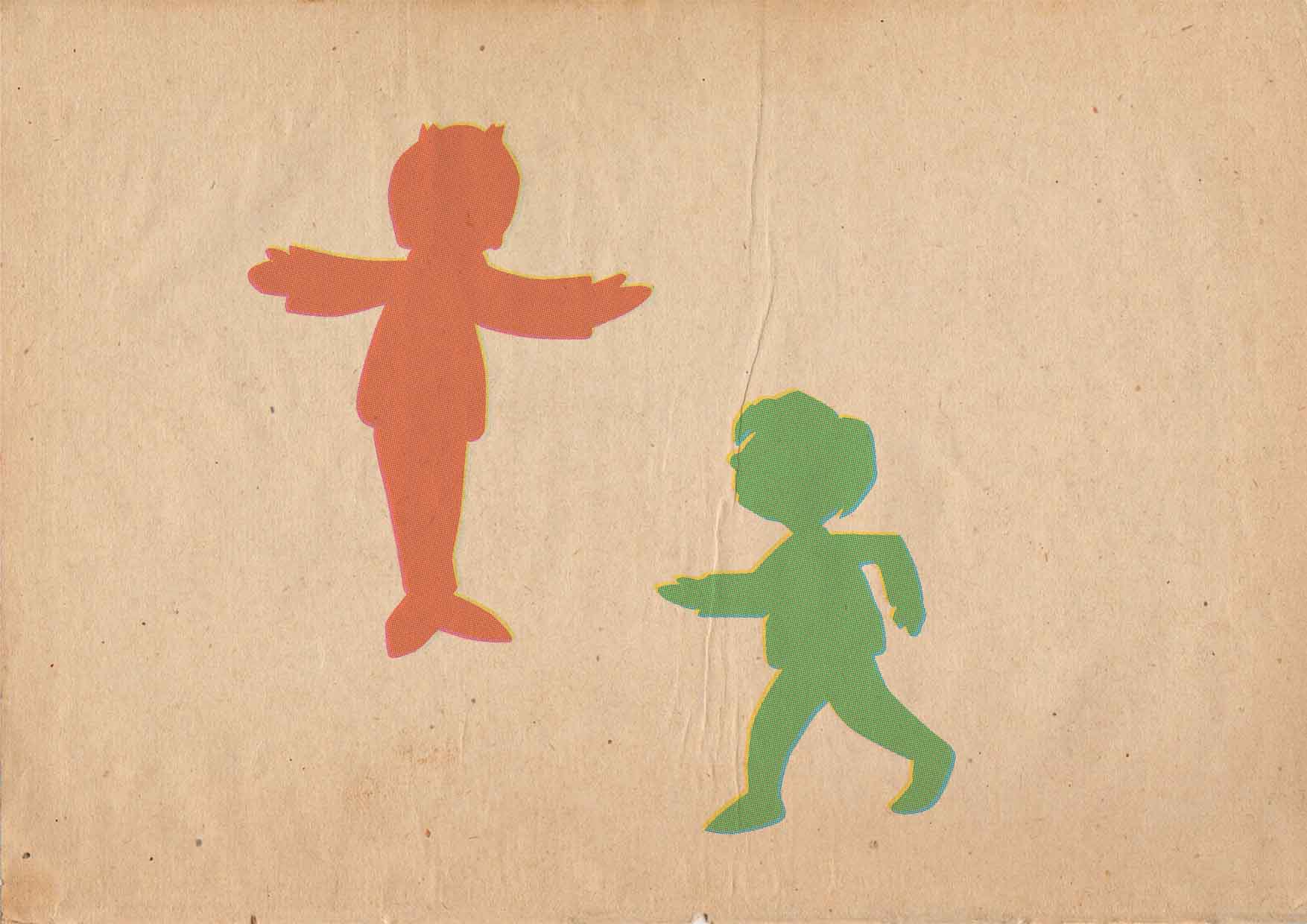 In Plauen, at two busy intersections, the popular "Vater and Sohn" figures by cartoonist Erich Ohser were installed 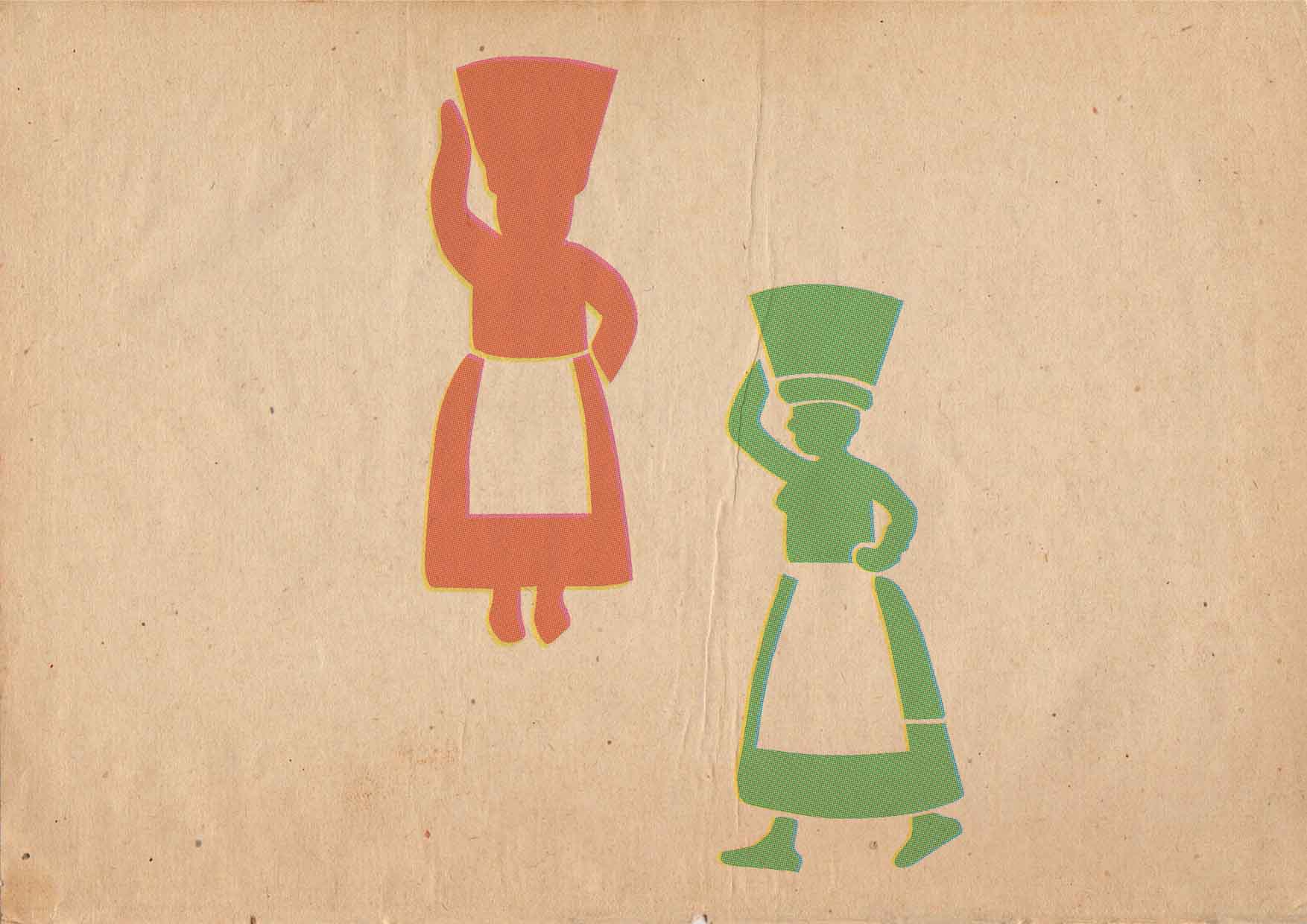 In memory of the Liëwermang - women who transported cutlery back and forth between the factories and the grinding shops in baskets on their head, the the Liëwerfrauenampel was installed in Solingen 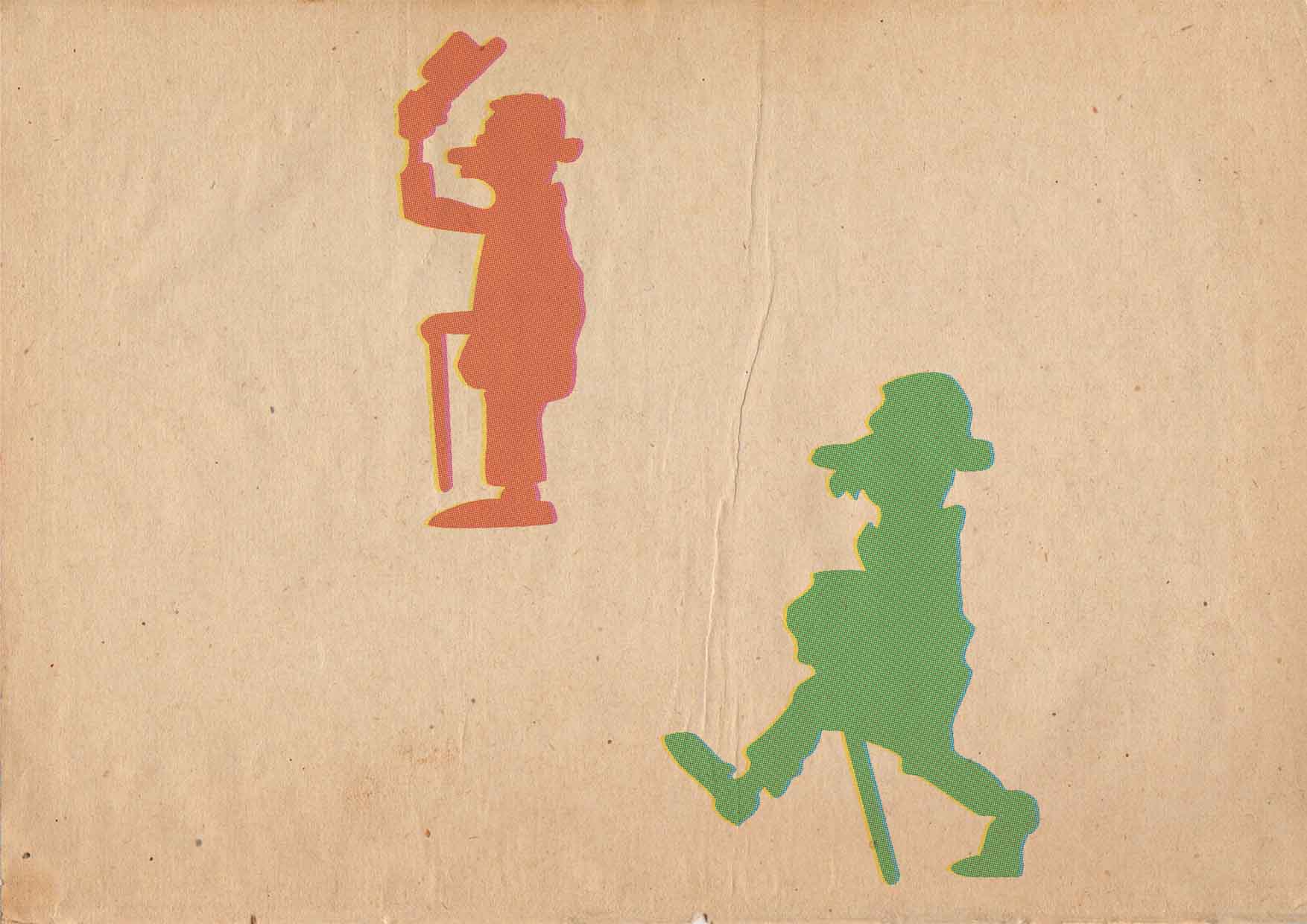 When the light is red, Fontana doffs his hat; with big steps and a cane, he accompanies passers-by across the street when the light turns green 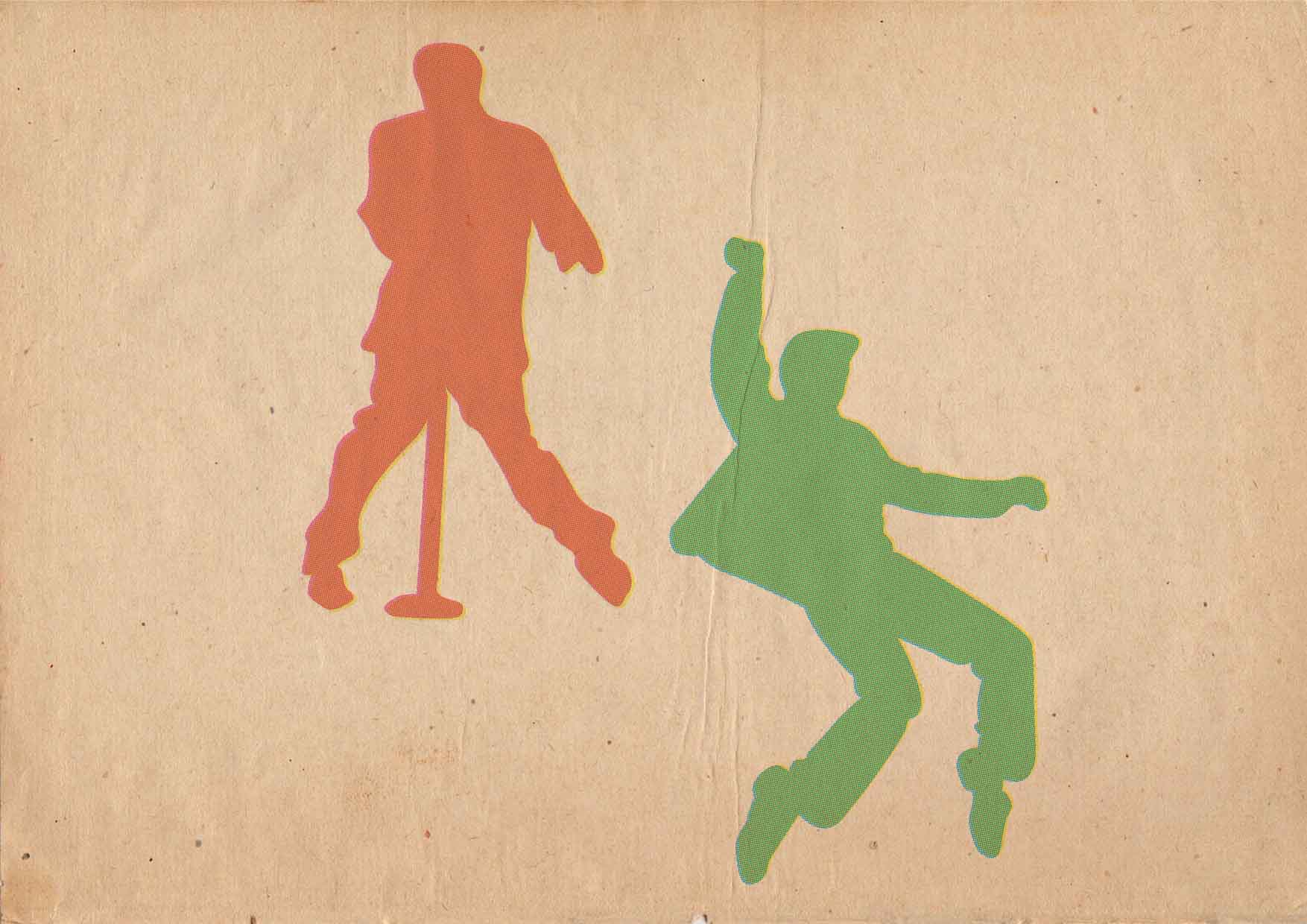 At red lights, the "King of Rock'n'Roll" stands at the microphone in a typical pose. With his legendary hip swing, Elvis then guides young and old across the roadway. 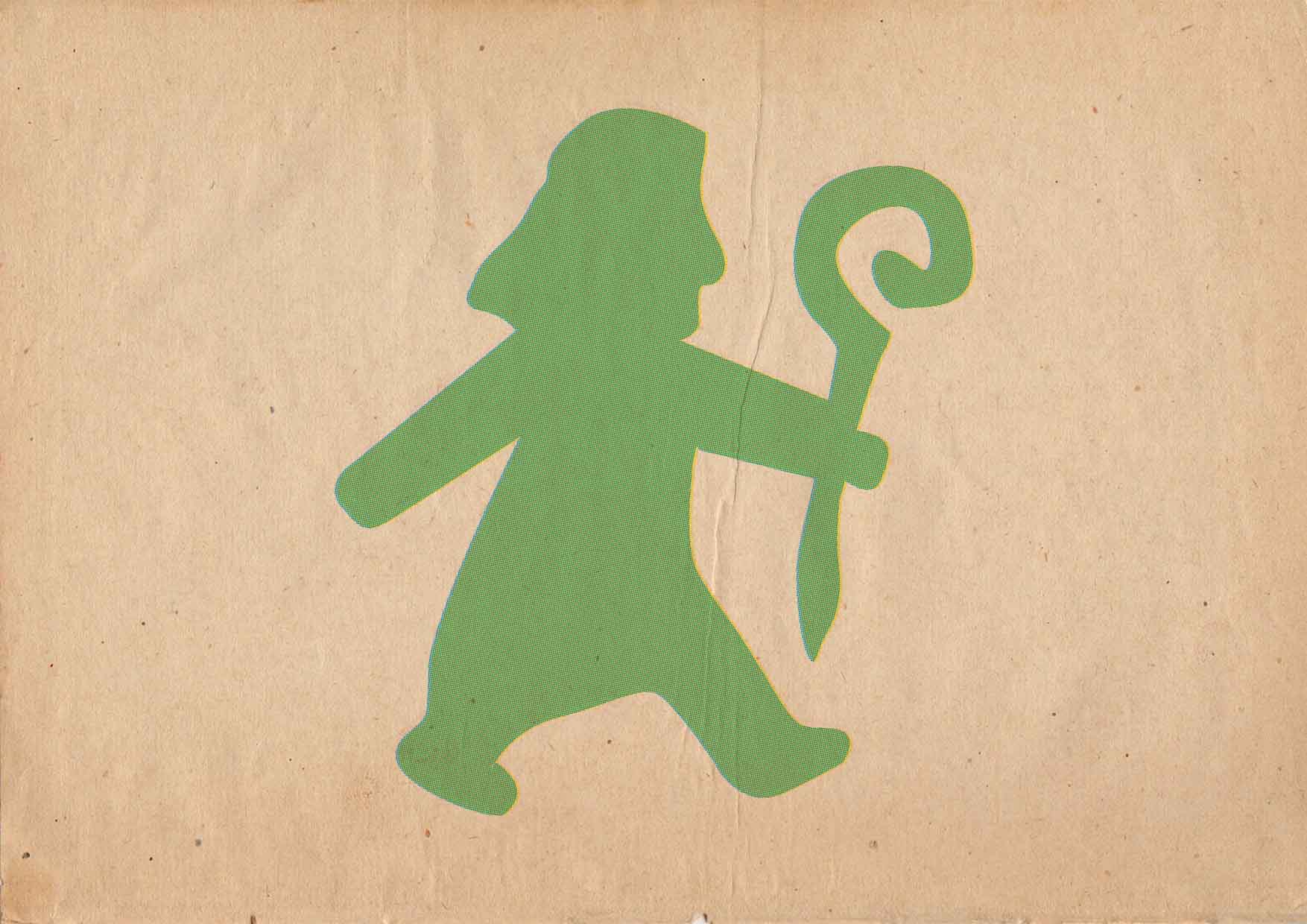 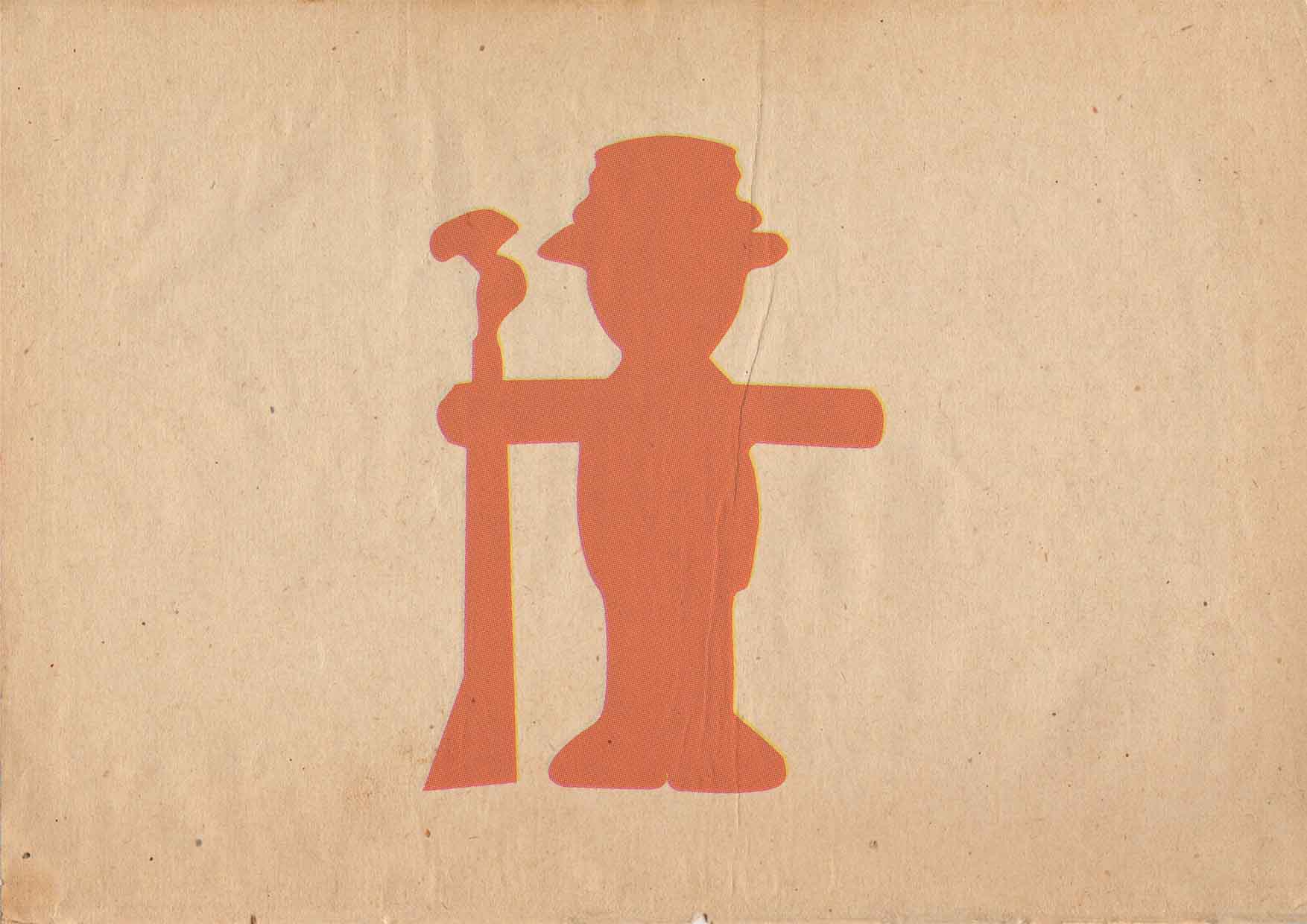 For the Schützenfest in August, the "Schützenmännchen" are now to regulate the way across the street in Neuss 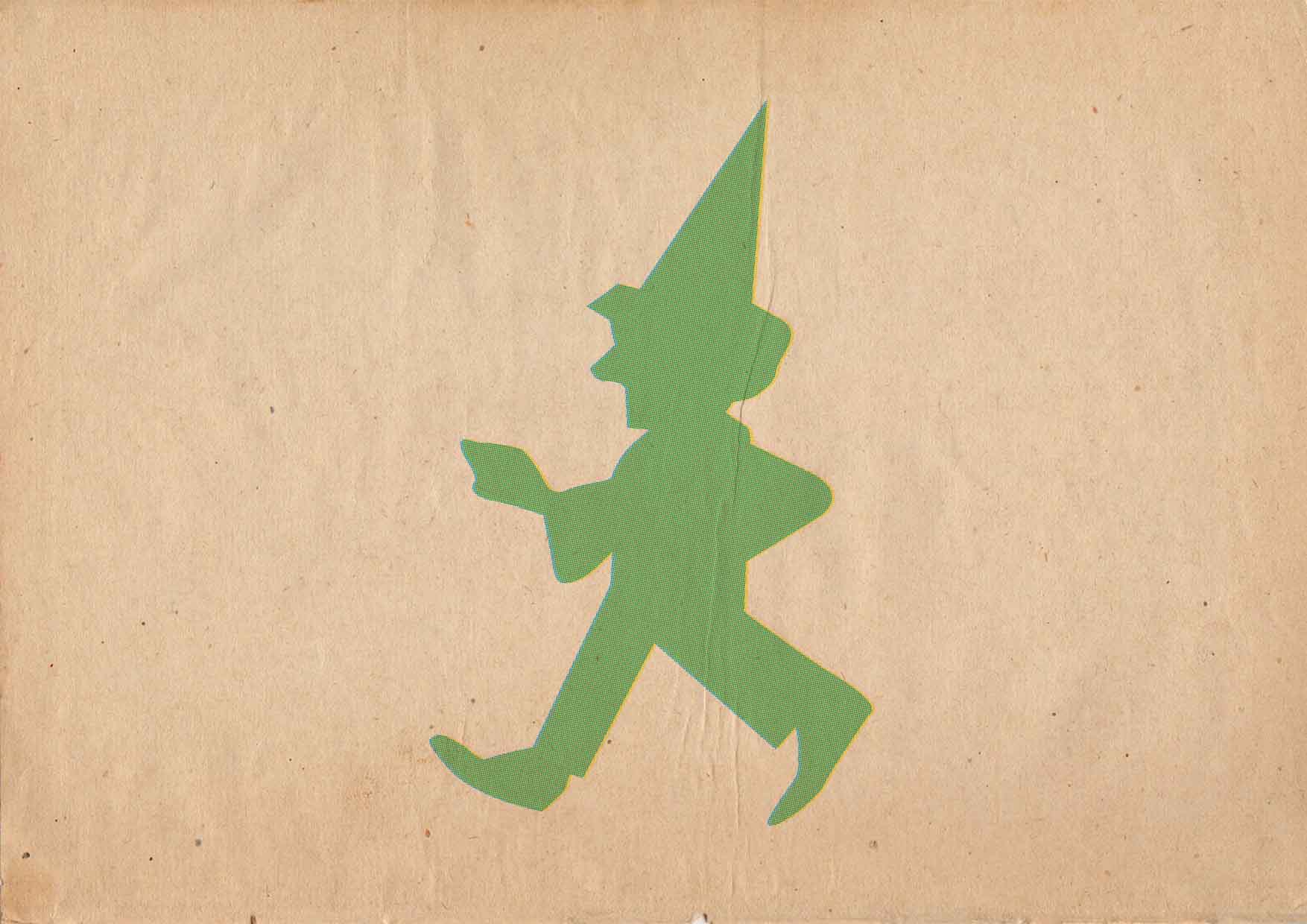 One of the Augburg's traffic lights with the puppet theater's number 1 puppet - Kasperle.

In Erfurt, the special traffic light men have been around since the early 1980s. However, these alternate designs are not legal – only six legal designs exist – but are tolerated. Back then, city employees had created their own traffic light men. The first was the little umbrella man and others soon followed. There are currently ten different motifs in Erfurt. In addition, there are the official German traffic light men.

The new figures were created by Erfurt city lighting department employees, who produced new aluminum templates by hand and installed them in the traffic lights. The designs closely followed the contours of the official traffic light men and were made exclusively to the green figures to avoid confusion. Click through to see all the designs. 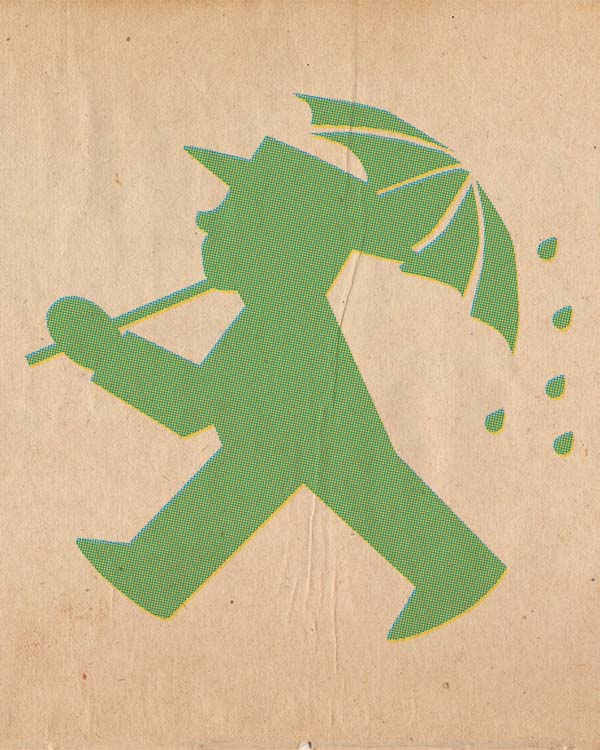 The umbrella man was the first modified traffic light figure 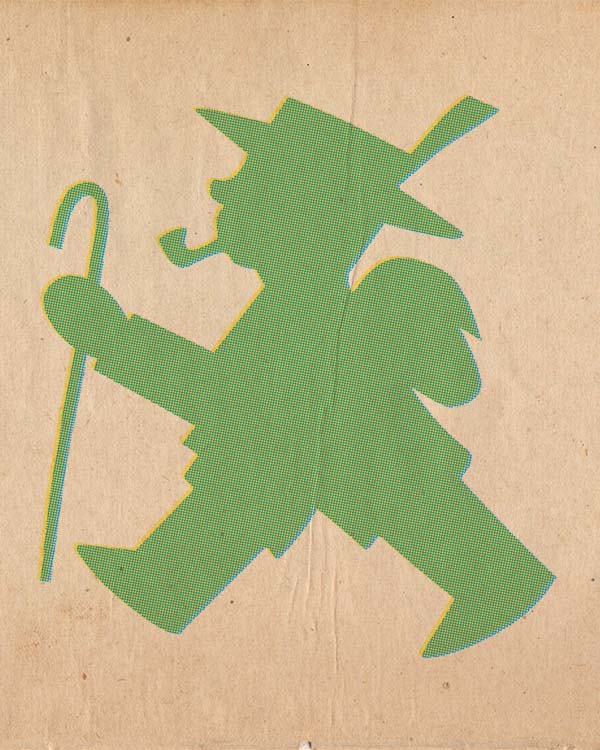 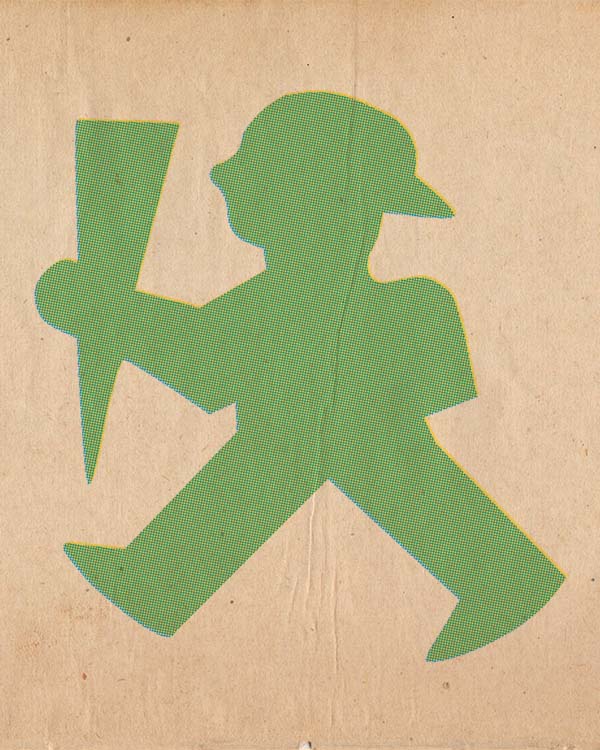 On the occasion of his daughter's school introduction, an employee of the Erfurt city lighting designed this traffic light child 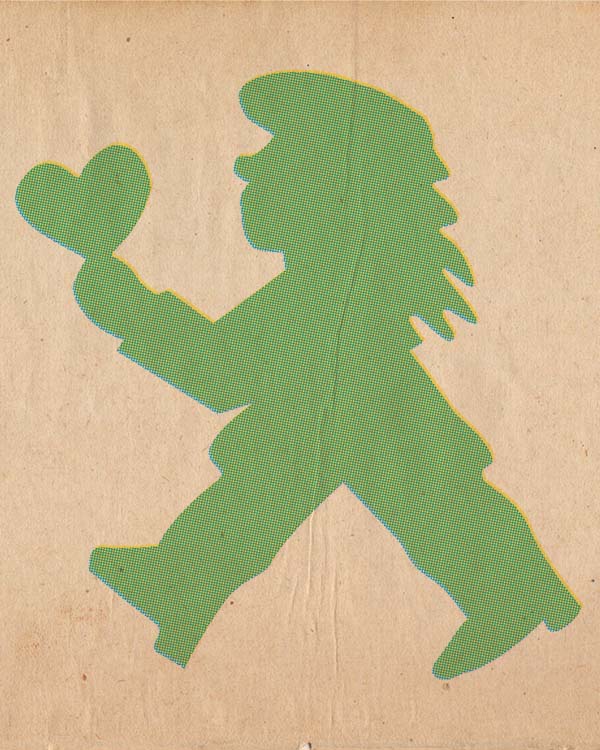 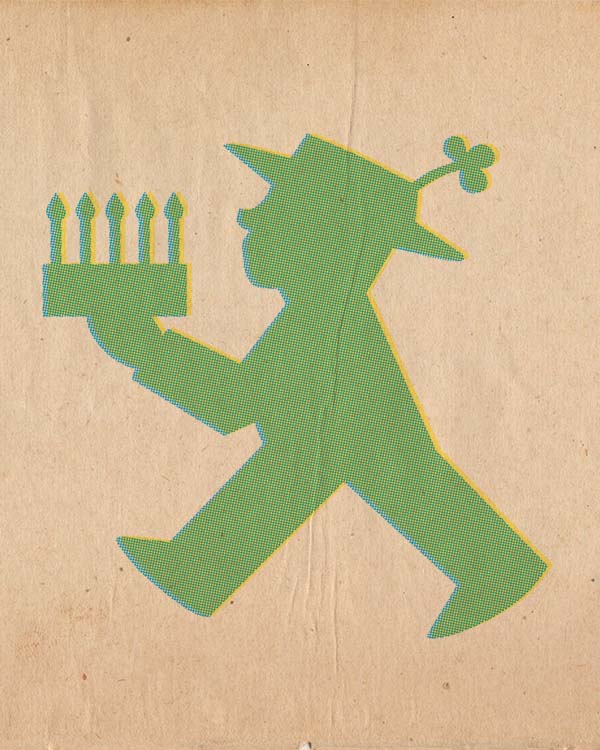 For the 50th birthday of the East traffic light manikin, a birthday cake was made 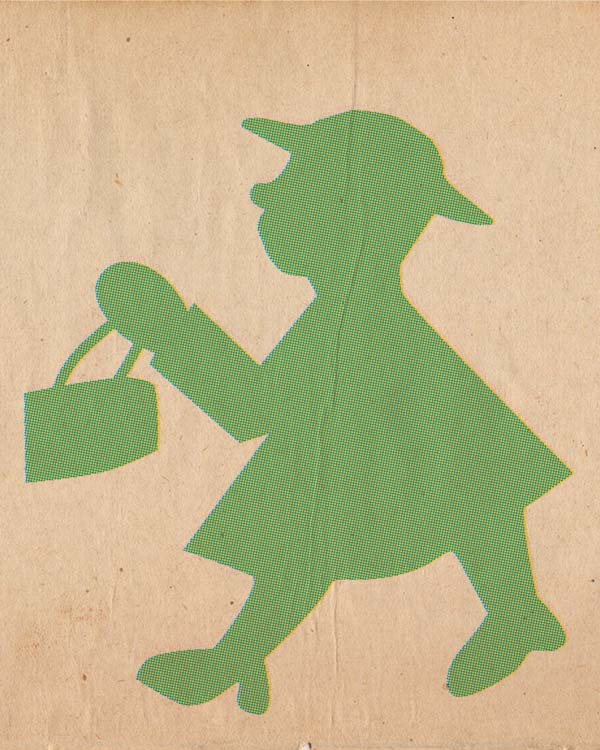 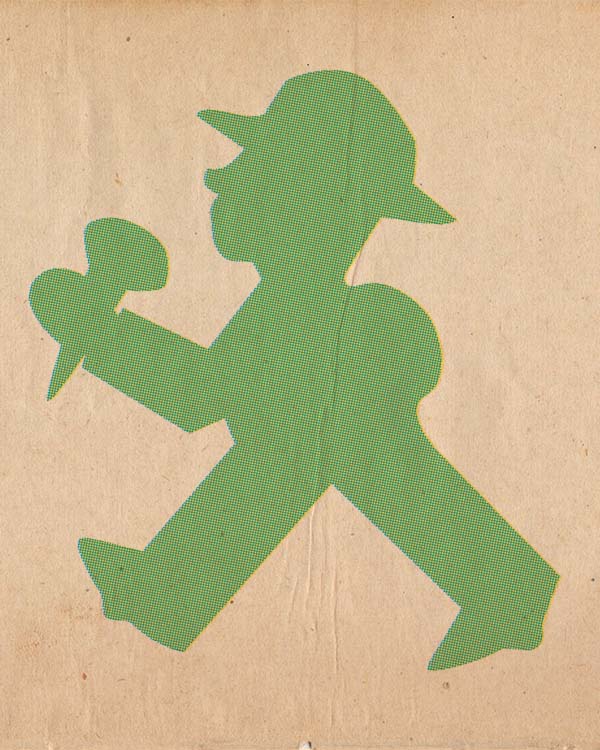 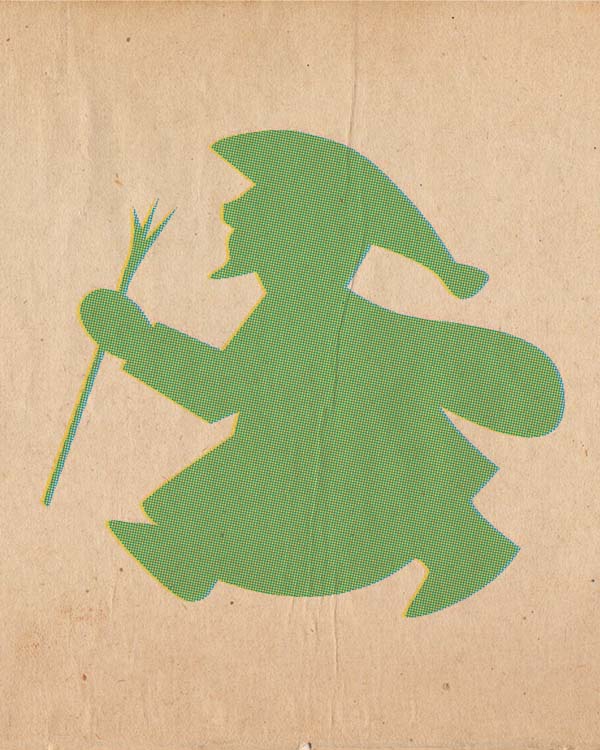 I had no idea of the widespread adoption of special pedestrian traffic light figures around Germany. In fact, there are some in other countries such as Denmark (a Viking and a soldier), New Zeeland (social reformer Kate Sheppard), Lithuania and The Netherlands (trafficwomen and Nijntje- a white rabbit), Austria (same-sex traffic couples, skiers, snowboarders, skateboarders and hikers), and Sweden (a rabbit) to name a few. I am looking forward to seeing some of these in person.