Random stuff I made – Ansichtskarte Zeppelin 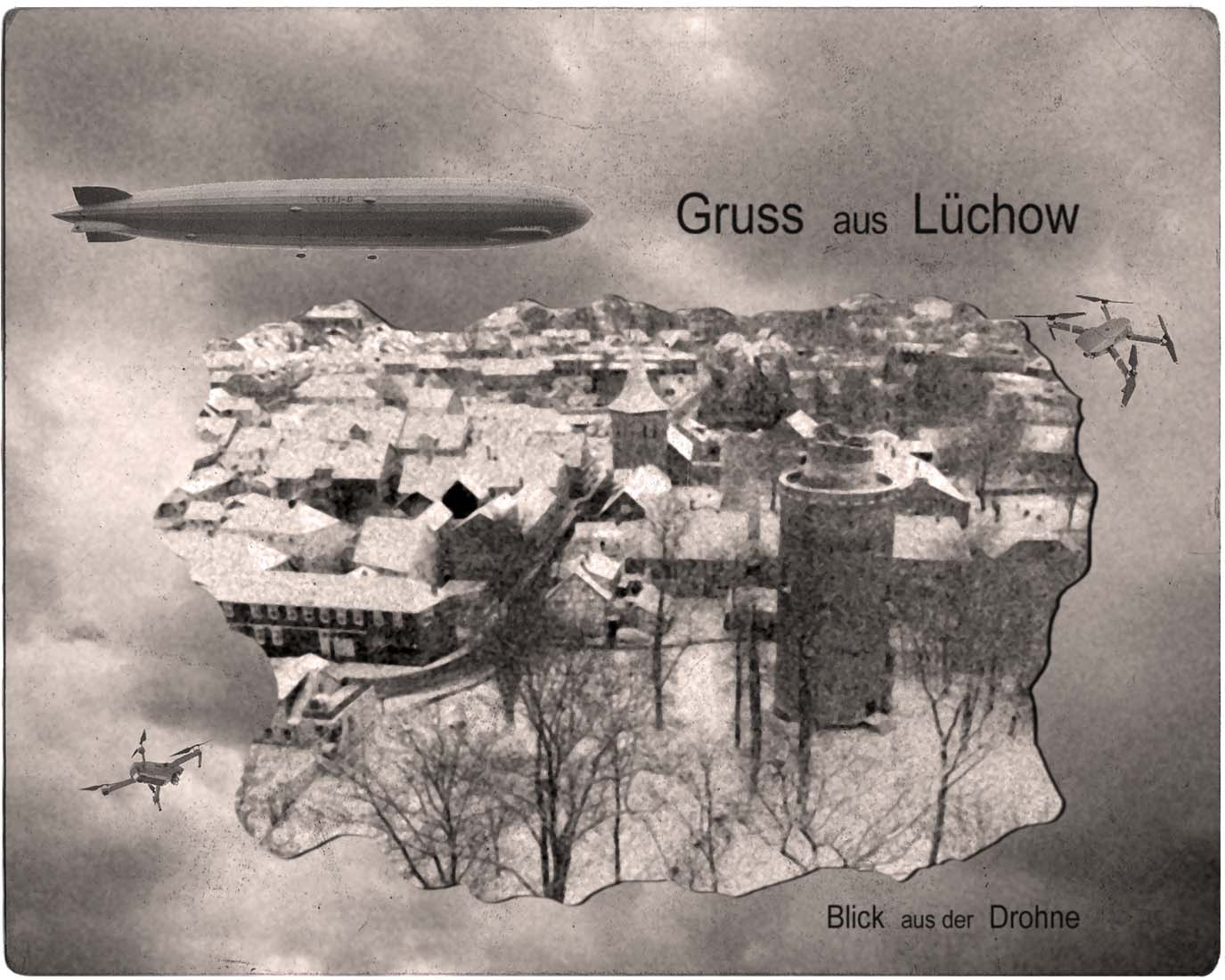 Greetings from a Zeppelin

Ok, this postcard from 1912 was just too ridiculous for me to pass up. It featured a grainy photo pf Berlin taken from a Zeppelin. This is actually a Passepartout – in which the photo is seen through a cloud-like cutout in a second photo of clouds and two zeppelins. I don’t have access to an arial photo of Berlin, but I do of Lüchow. So I used that and a photo of some of the beautiful cloudy sky for my background. Since this was taken with a drone, I thought I would recreate the (somewhat) tongue-in-cheek feeling by adding drones in addition to a zeppelin. 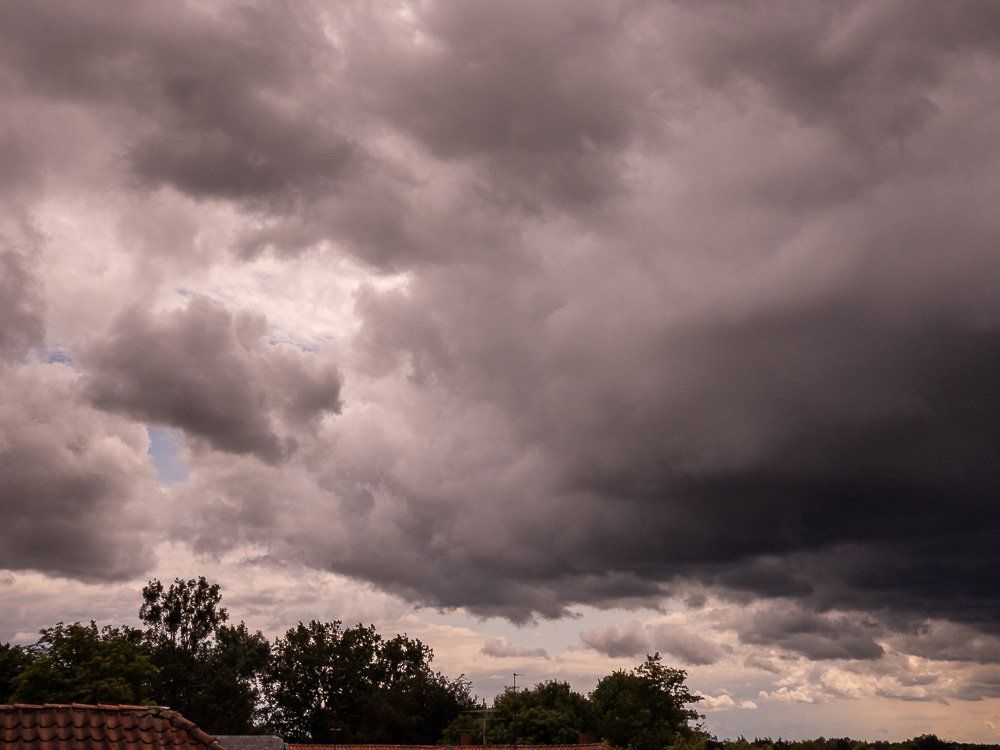 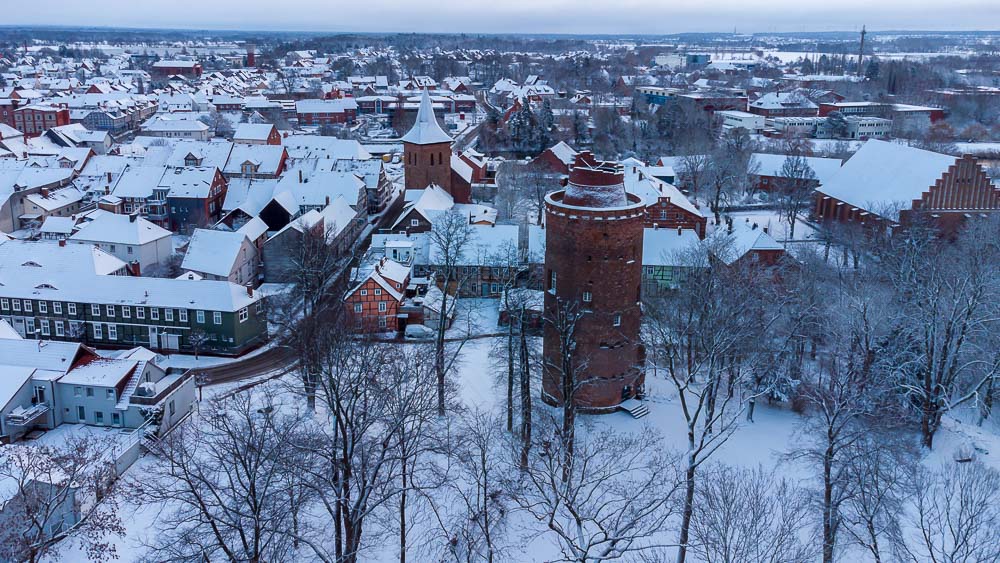