eaving the Fortress, I pass through the Altstadt and walk across the bridge over the river. As I cross the footbridge, I come across a busker drawing a small crowd. I stop for a few minutes to listen before continuing.

On the other side, there is a palace (and palace garden) that will be my last sightseeing stop during my day trip to Salzburg – the Mirabellgarten and the Mirabell Palace.

The Mirabellgarten was first laid out in 1687 and its geometrically-arranged gardens and mythology-themed statues date from 1730. This setting has been the site of several scenes from The Sound of Music. In times of need, the garden was also used for vegetable cultivation for a short time.

A symbol of spring, Apollo stands in the east with the laurel, summer Mercury with winged helmet and herald’s staff, in the south Vulcanus with his anvil and Hercules with his club and the skin of the Nemean lion. In the west, Mars in full armor and Jupiter with crown and eagle follow as powerful garden protectors and, in the west – towards sunset, autumn Bacchus with grape and winter Saturnus, devouring one of his children.

In total, it was intended to be 28 statues of gods and heroes in the Mirabell Garden (and 28 dwarves as a cheerful counterpart, in the Dwarf Garden). The number 28 is closely interwoven with contemporary numerical mysticism (28 = the “sacred” number 7 × 4). 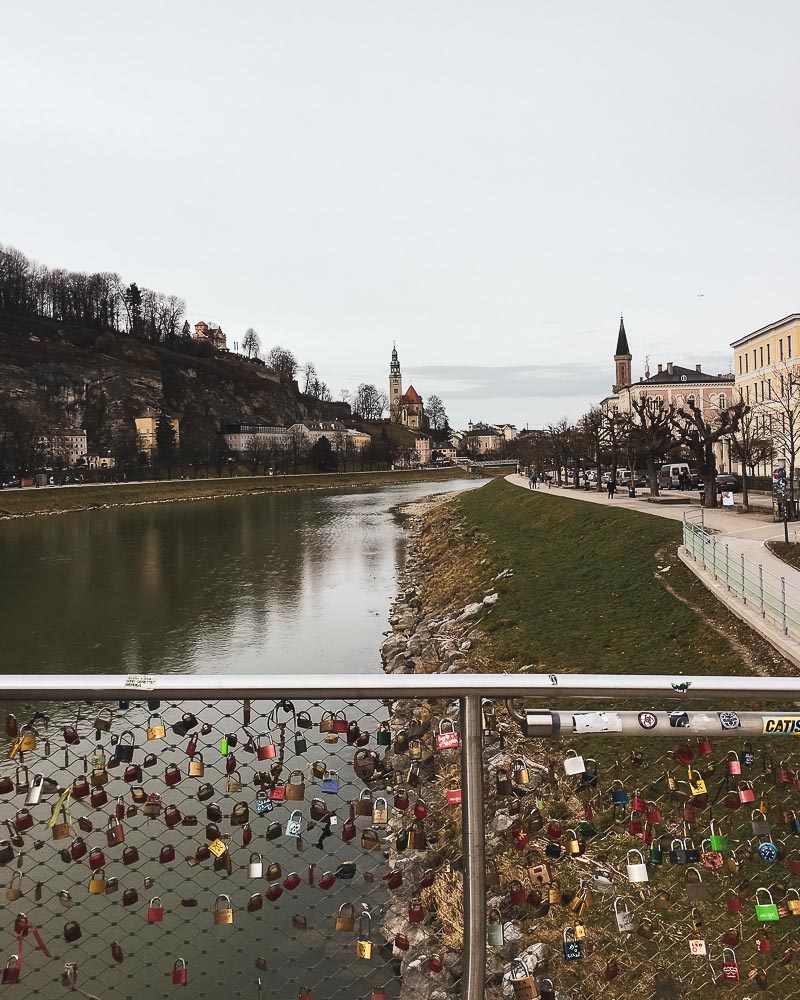 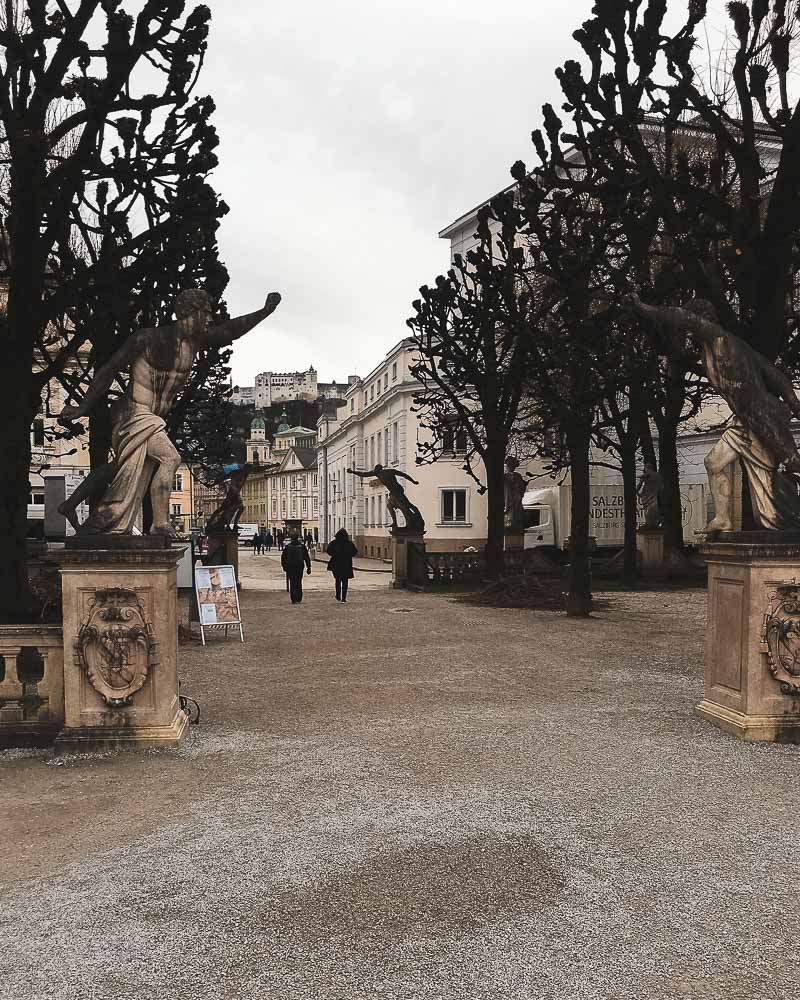 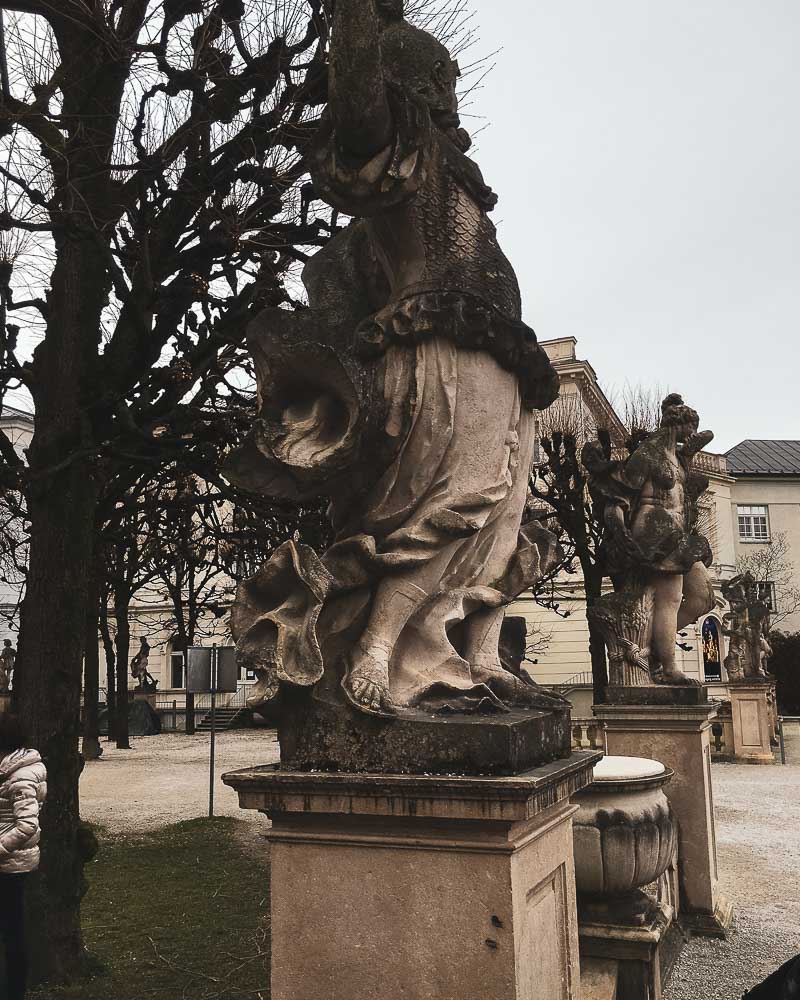 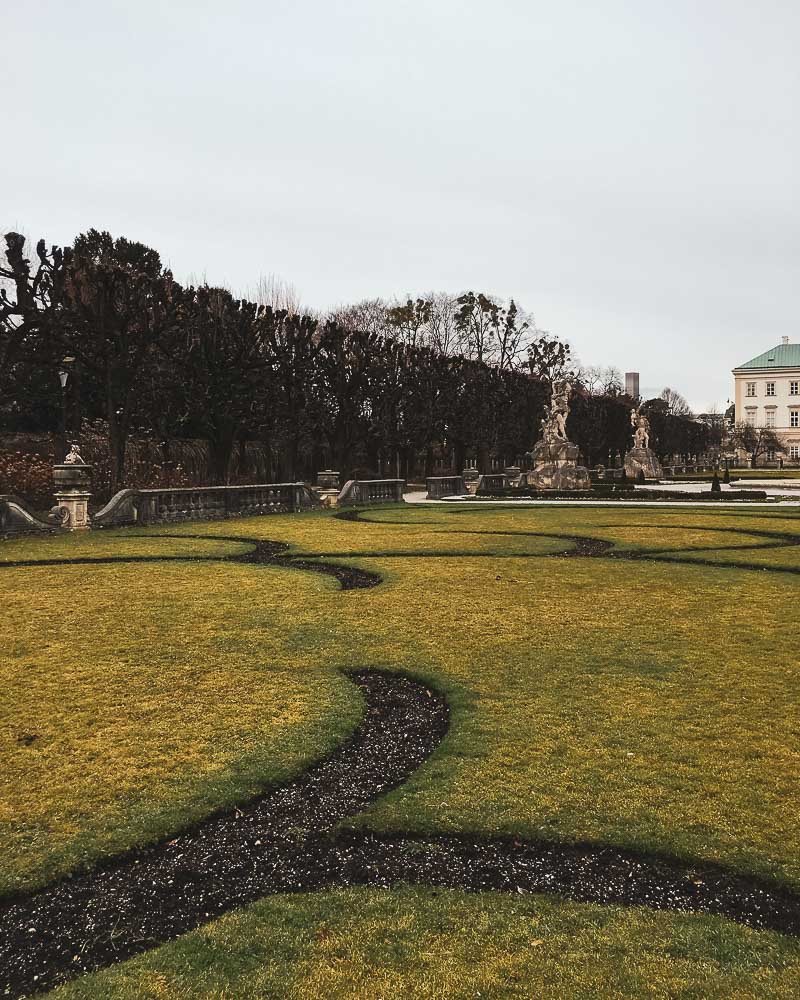 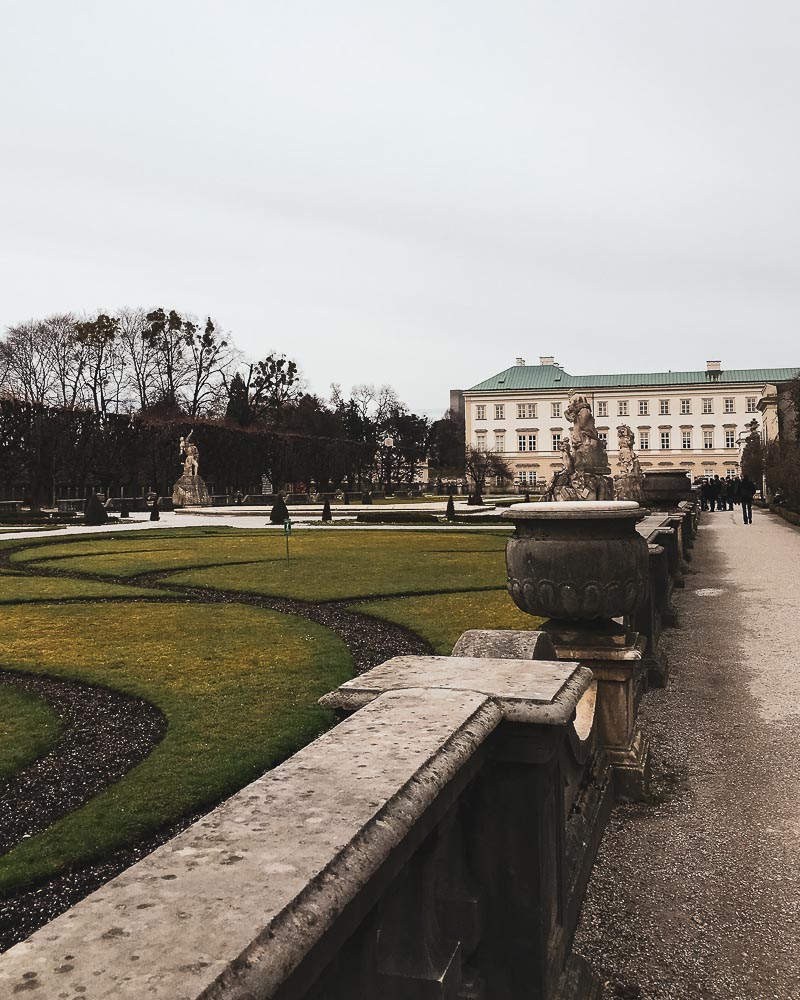 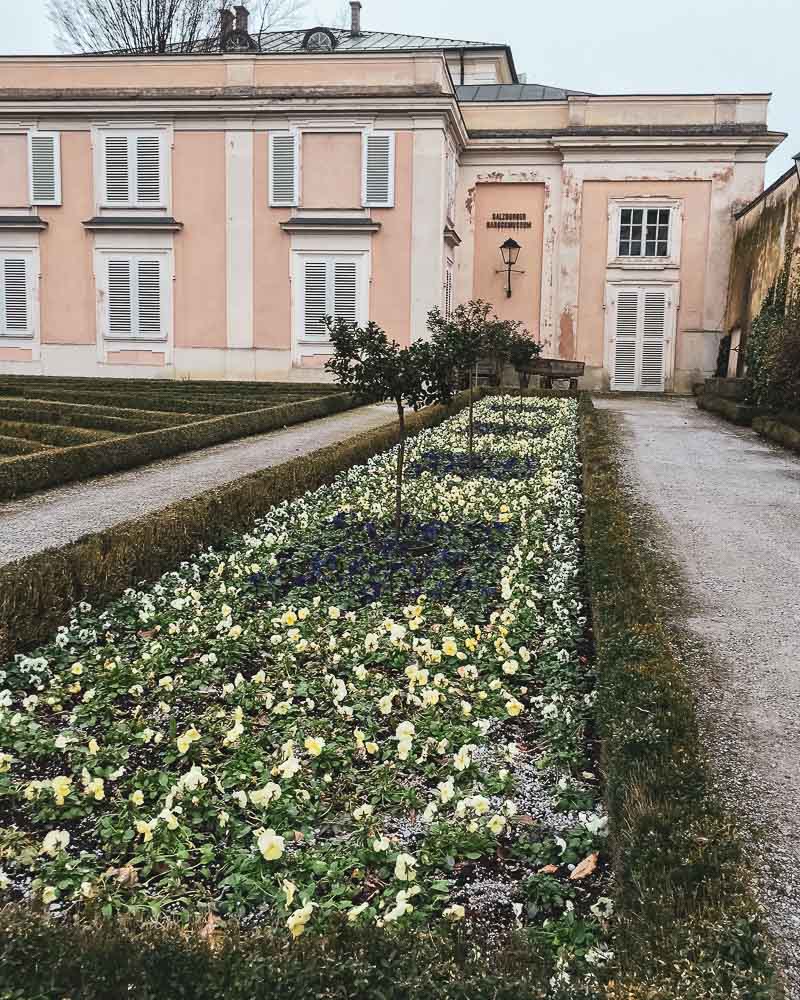 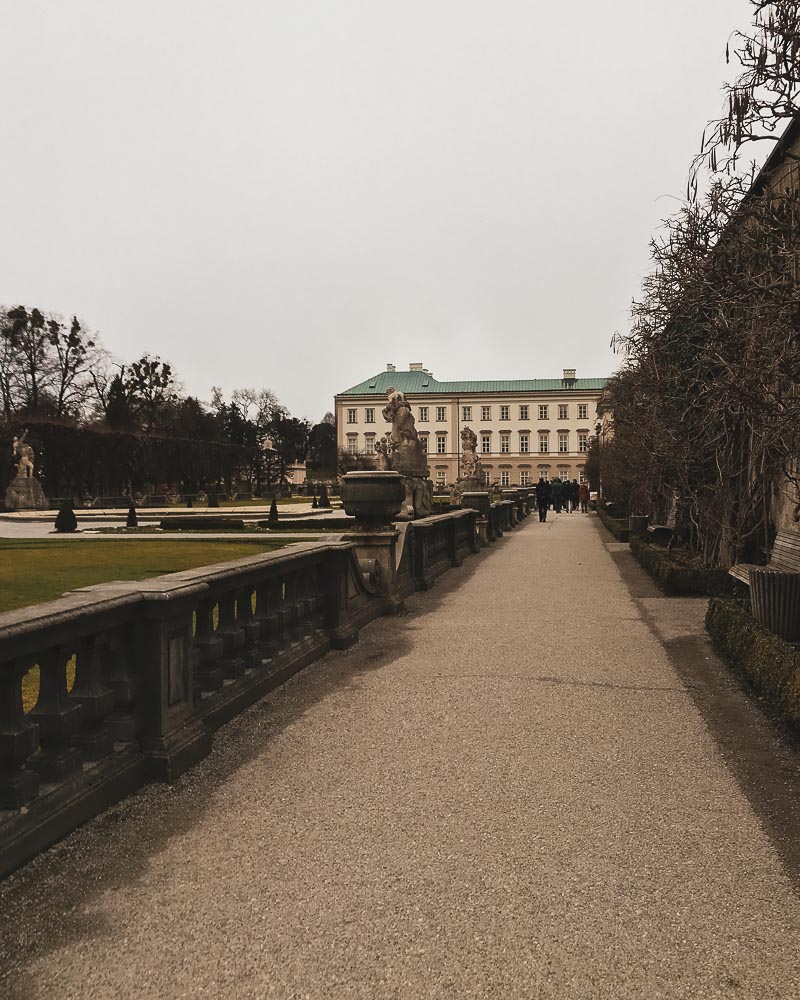 One of the most famous points of the garden is the Pegasus fountain. Most interesting is that this copper statue was originally part of a water basin that was in front of the palace. This basin served the practical purpose of washing and watering horses. The winged steed remained on Kapitelplatz until around 1700, when the Pegasus sculpture moved to the old horse pool on Mirabellplatz where it stayed until the great fire of 1818 after which it was consigned to storage. .

It was not until 1913 that the old horse sculpture was remembered again and Pegasus was now placed on the rock bridge built of conglomerate stones in the middle of an old round fountain basin in the Mirabell Gardens fitting in well into the surroundings.

The sculpture shows Pegasus, at that moment when he rises gracefully into the air. Thus, the fountain under the horse becomes the source Hippocrene and the small rock becomes the mountain Helicon. New additions – two unicorns and two lions – probably originating from Schloss Kleßheim and can be seen near the fountain.

After the Pegasus fountain, I walk toward Mirabell Palace to see what treasures lie within. 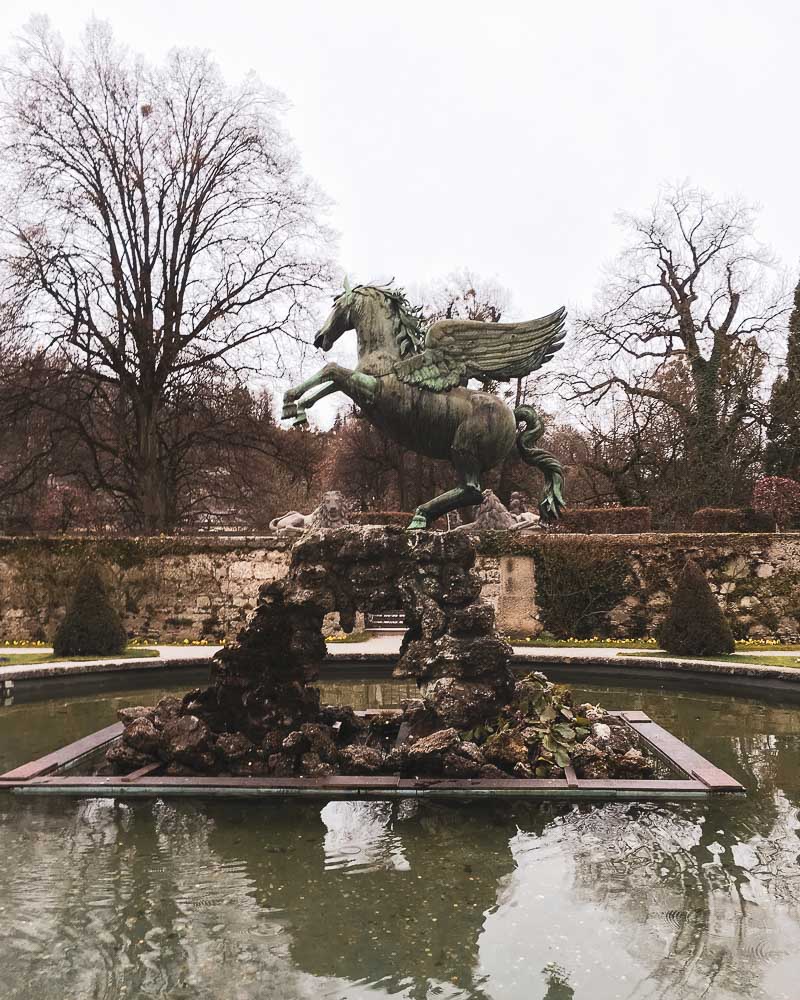