irabell Palace is my last stop before I head back to the bus for the return trip. As with most of these old buildings, their story is interesting and often a little sad.  Originally built around 1606 on the shore of the Salzach River (just outside the city walls) at the behest of the gout-inflicted Prince-Archbishop who suffered a stroke the year before. The Palace was built for his mistress or secret wife but when he was deposed and arrested 6 years later, his successor banished the wife and children from the Palace and, to erase all memory of the previous Archbishop, re-named the palace from Altenau to Mirabell Palace. 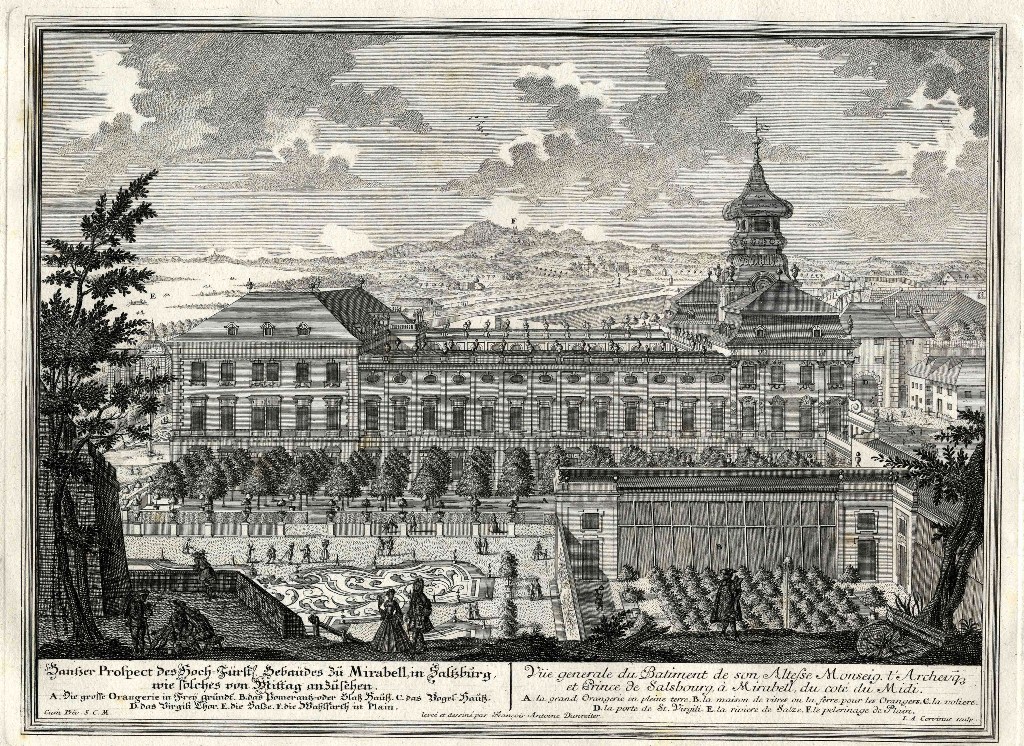 During the Thirty Years’ War, Mirabell Palace and its gardens was incorporated into the new strong fortification on the banks of the river. From 1721 to 1727, the palace was renovated into a magnificent Baroque palace complex with an inner courtyard. However, in 1818, a devastating city fire greatly damaged the building and the reconstruction to its original splendor was considered too expensive for the emperor. Therefore, a district engineer was commissioned for the reconstruction and, as a result, the building lost much of its former unique Baroque appearance. Fortunately, the west side courtyard façade and the garden façade in the west were largely preserved. From 1810 to 1816 under Bavarian rule, Mirabell Palace was the residence of the Bavarian crown prince and in 1866, the palace became the property of the city of Salzburg.

The Donner Stiege (Thunder Staircase) is a grand staircase that extends from the first floor to the second floor. The railing is richly entwined and decorated with assorted cherubs, which can be seen in a wide variety of postures – sitting, reclining, playing. Within recessed niches are mythologically inspired marble sculptures. Residing above the doors are antique busts.

The palace is mostly closed – the rooms are locked. The staircase and hallways are beautiful, though, all marble and delicate filigree. It is probably a good thing that the rooms are all closed as it is time to head back to the bus for the ride back to Vienna. It has been a long, exhausting day – but I had a great time exploring Salzburg. Tired and walk-weary, I leave Mirabell Palace and walk back to the bus. 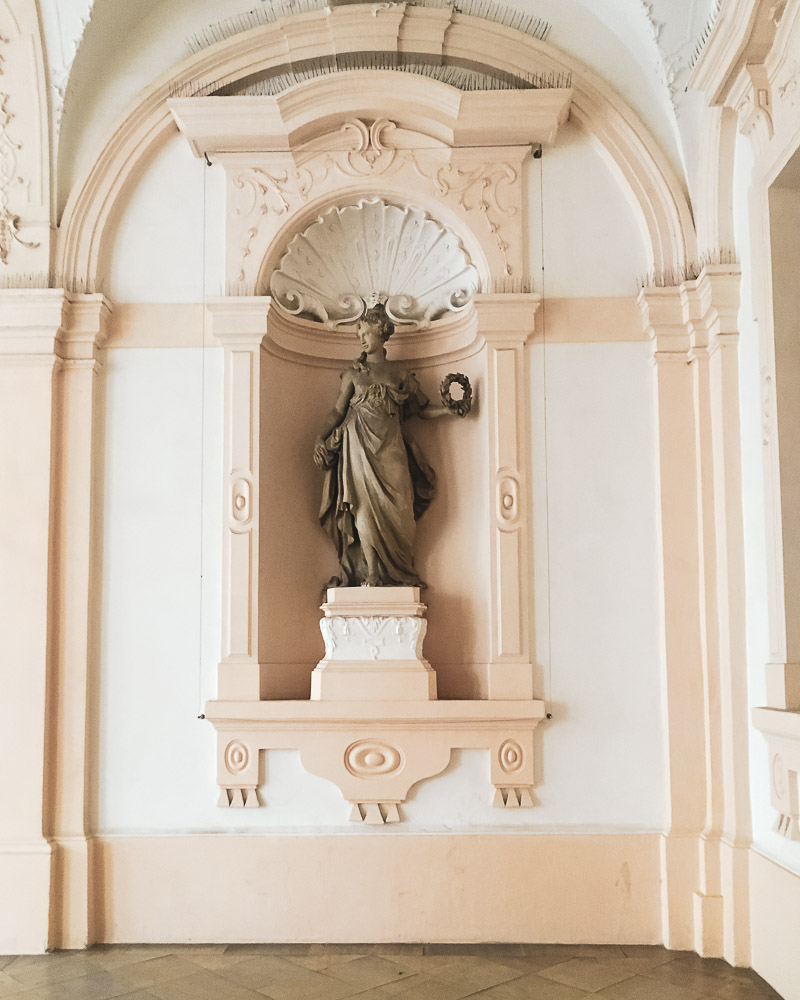 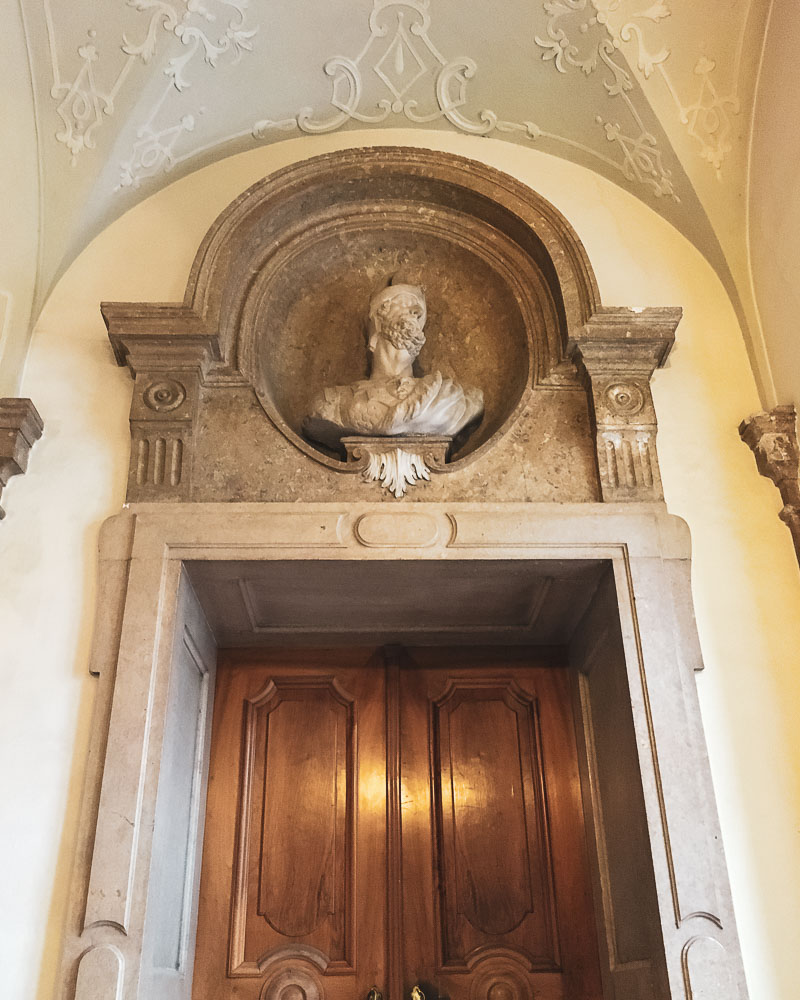 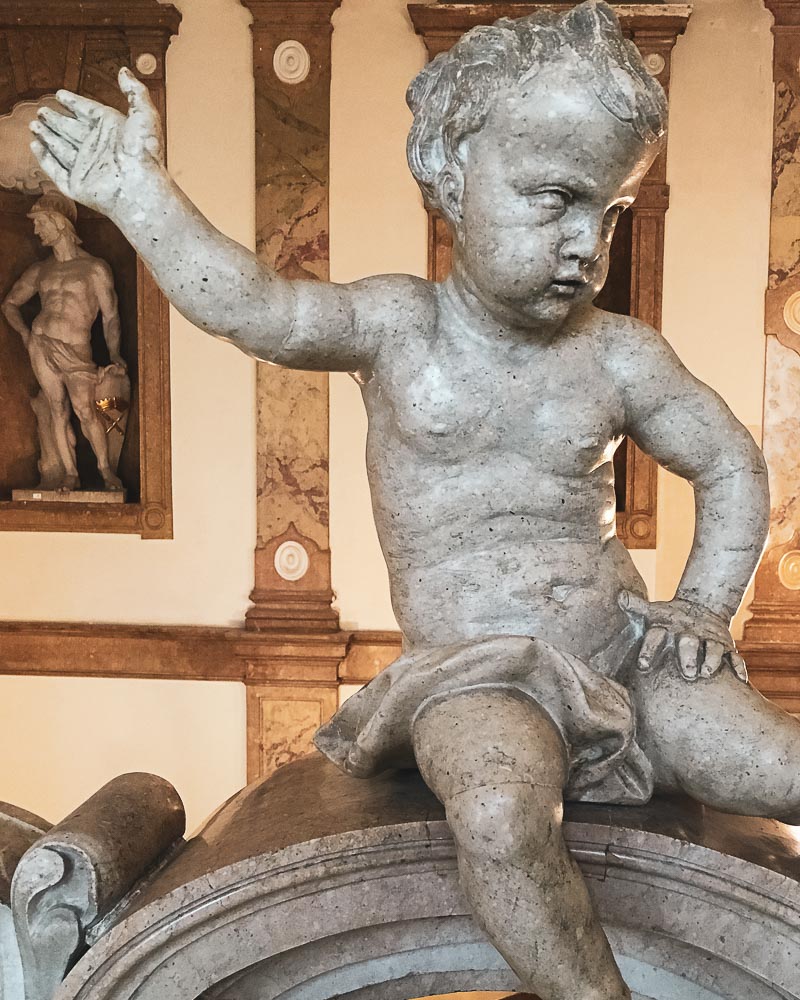 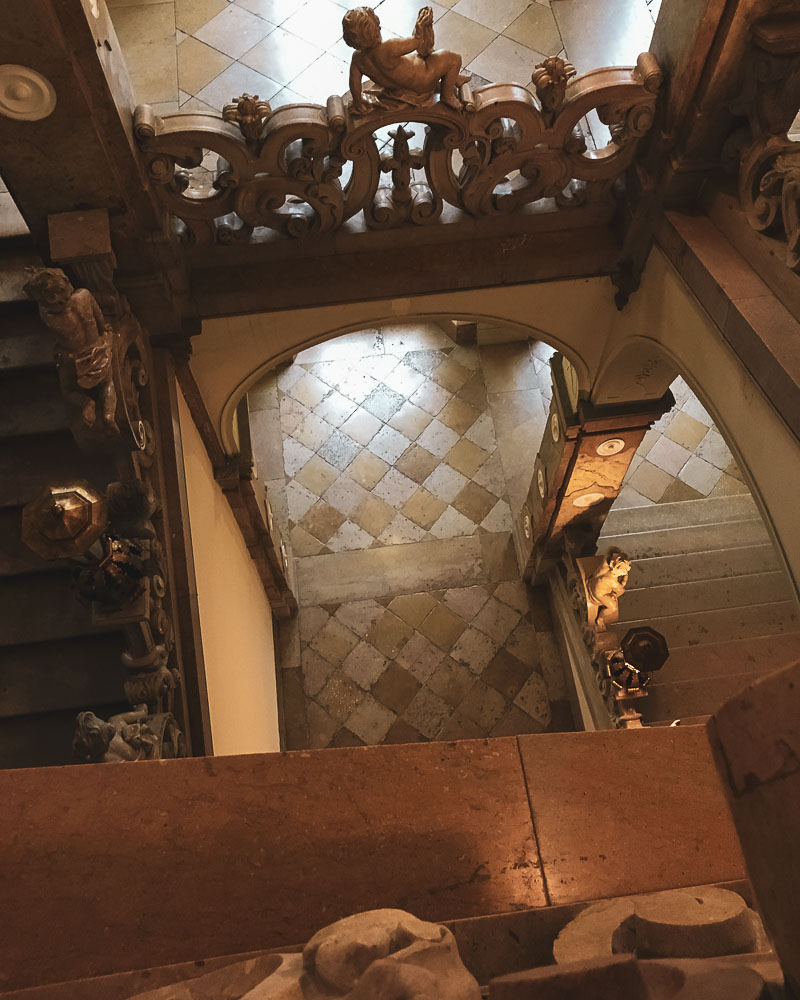 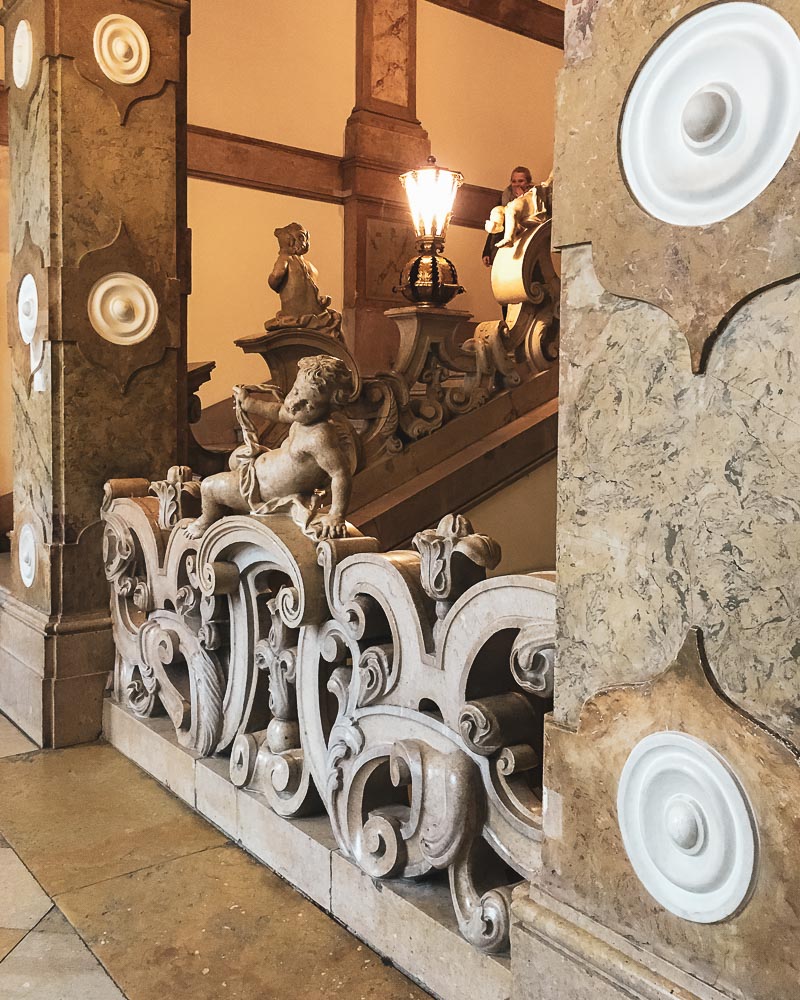 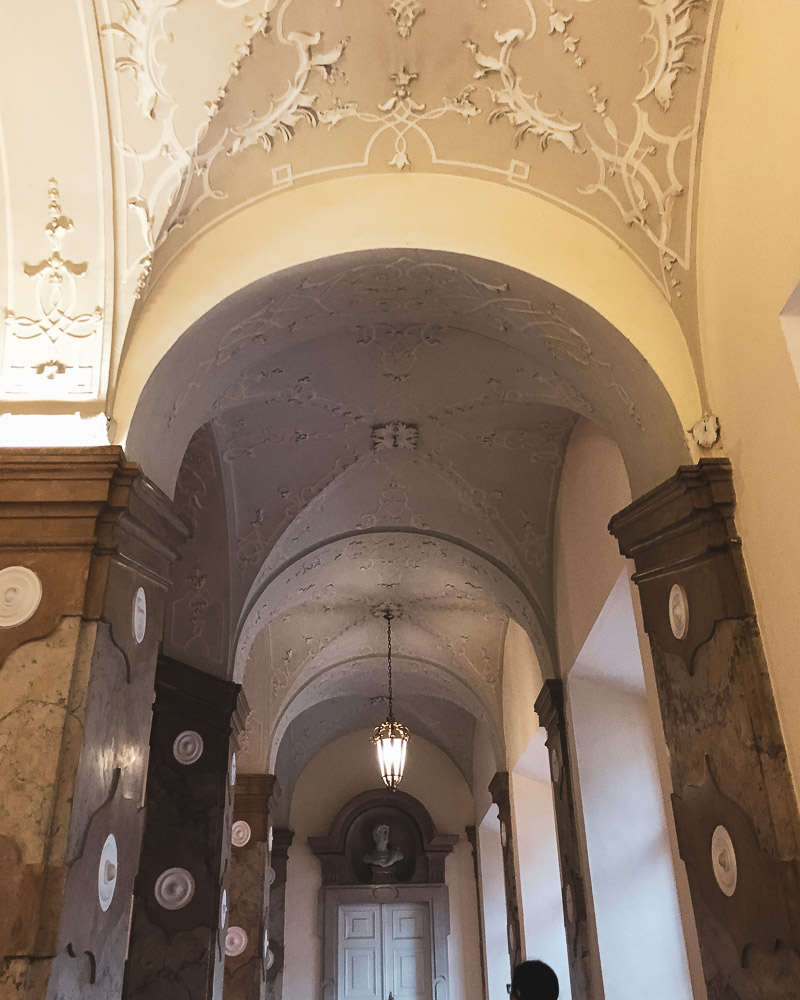 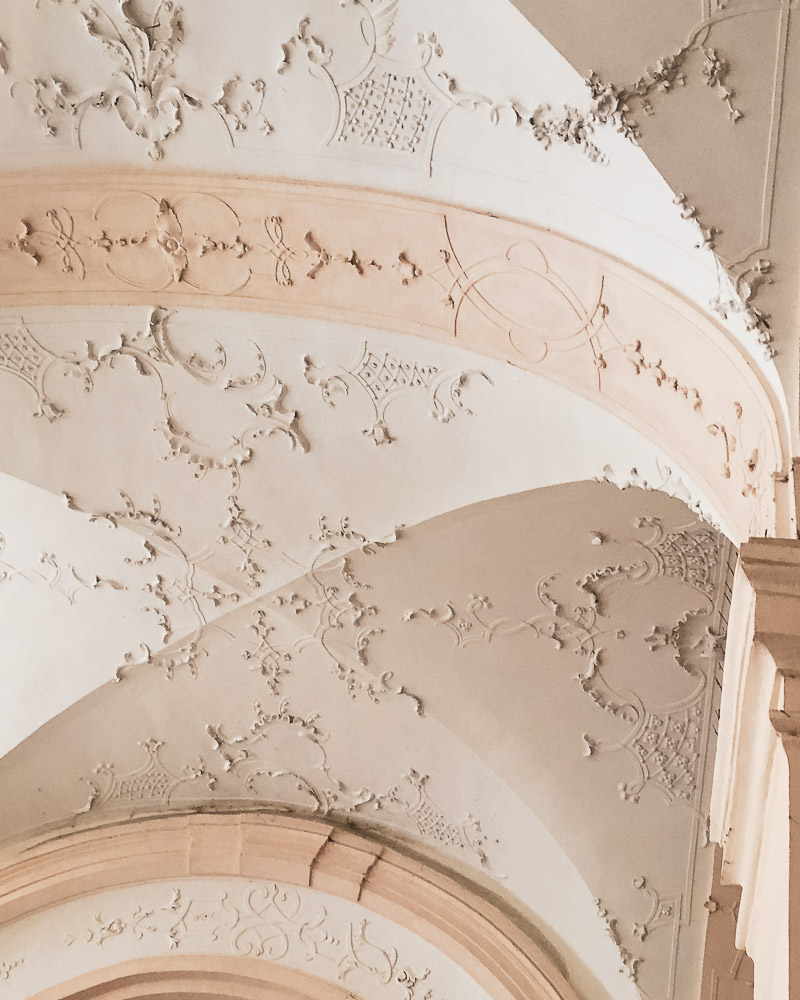