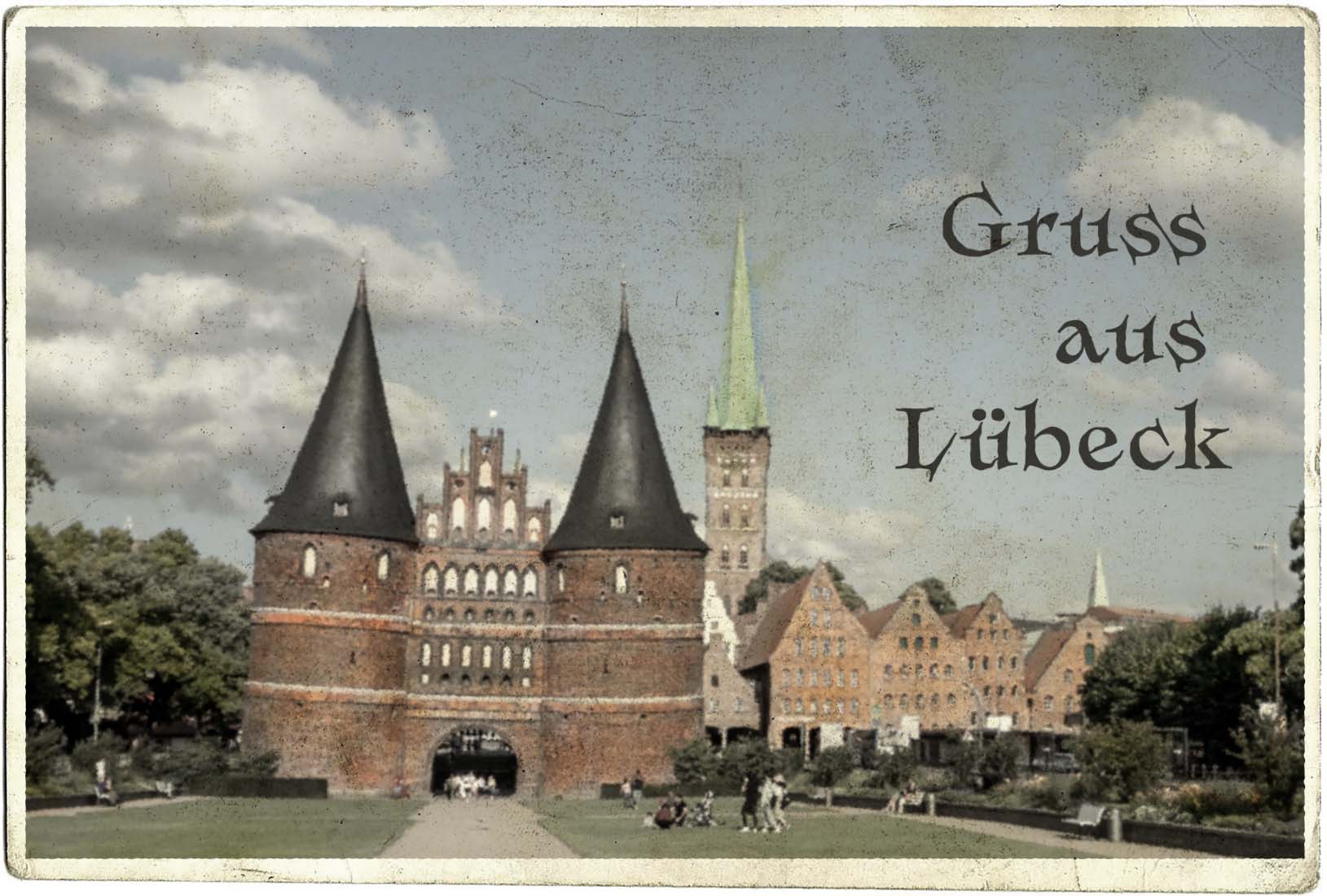 n our way back from a visit to Olaf’s father recovering from a knee operation in Neustadt, we visit Lübeck. After parking, we walk back toward the center of town. The first view we encounter is the Holsten Gate. 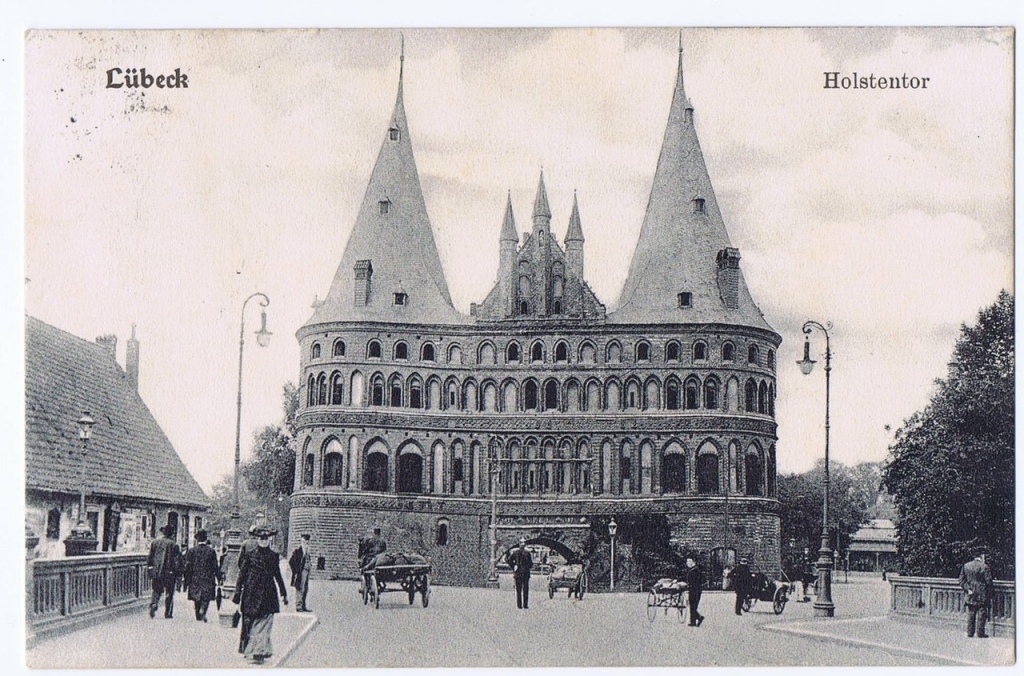 At one time, Lübeck could only be entered by any of four town gates, two of which remain today – the Holstentor and the Burgtor. The Holstentor (Holsten Gate) is one of the relics of Lübeck’s medieval city fortifications. The gate now known as the Holsten Gate is the former Middle Holsten Gate; there was also an (older) Inner Holsten Gate, an Outer Holsten Gate, and even a fourth gate, known as the Second Outer Holsten Gate. The gate has had several improvements and fortifications over the years – including some efforts to decrease its sinking and, in 2002, modernization to include removal of the torture chamber. Known for its two-round towers and arched entrance, it is regarded today as a symbol of the city. 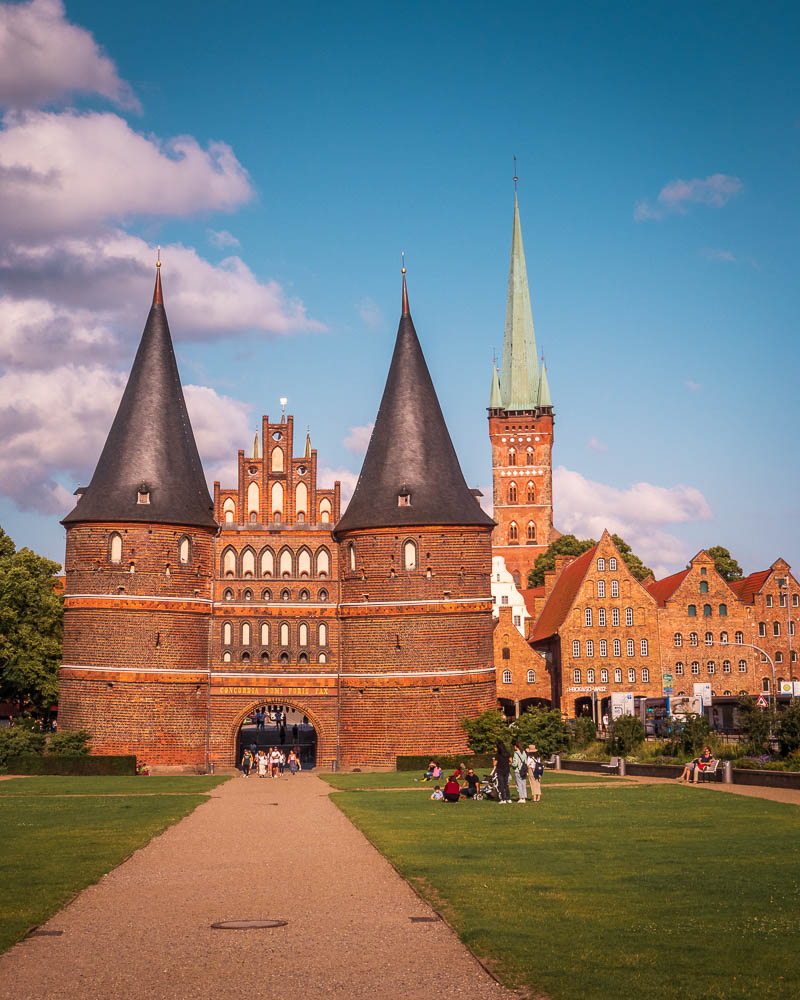 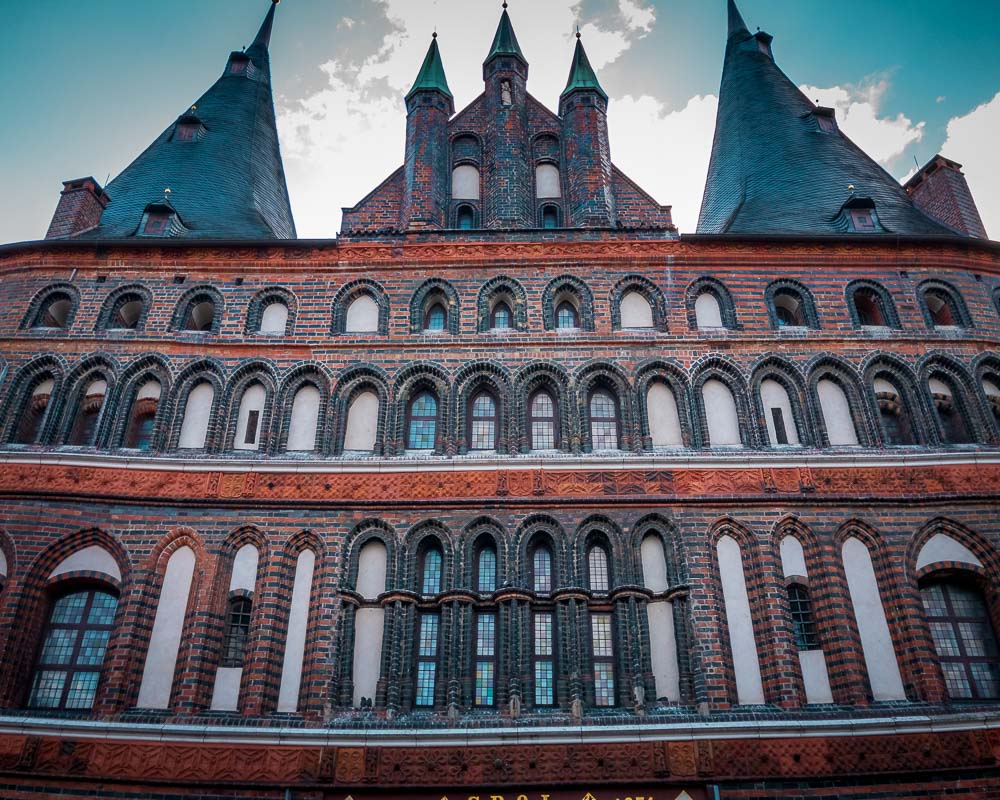 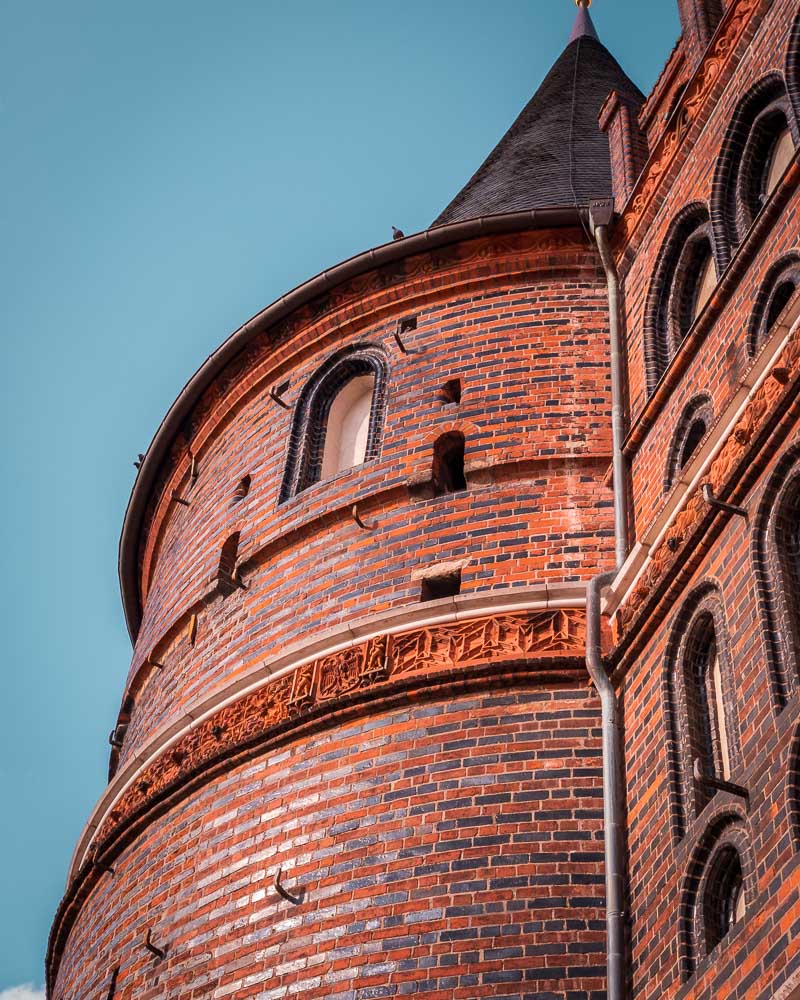 After passing through the gate, we cross the river and head into the town.

Humans settled in the area around what today is Lübeck after the last Ice Age ended. Around AD 700, Slavic peoples started moving into the area previously settled by Germanic inhabitants who had moved on. Liubice (a place-name means “lovely”) was founded on the banks of the River Trave a few kilometers north of the present-day city-center of Lübeck. In the 10th century, it became an important settlement and a castle was built but Liubice was destroyed in 1128. In 1143, a new German settlement was founded on the river island and a new castle was built (first mentioned in 1147). Around 1200, the port became the main point of departure for colonists leaving for the Baltic territories. Much of the old town has kept a medieval appearance with old buildings and narrow streets. The old town center is dominated by seven church steeples – the oldest of which are the Lübecker Dom (the city’s cathedral) and the Marienkirche (Saint Mary’s). 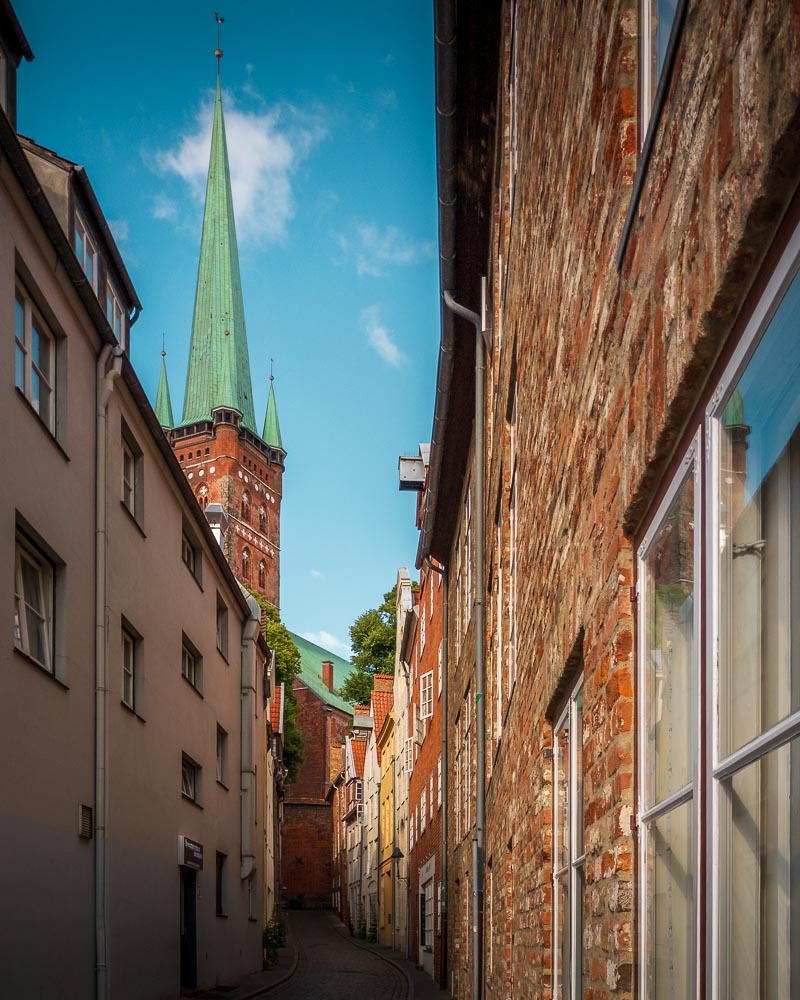 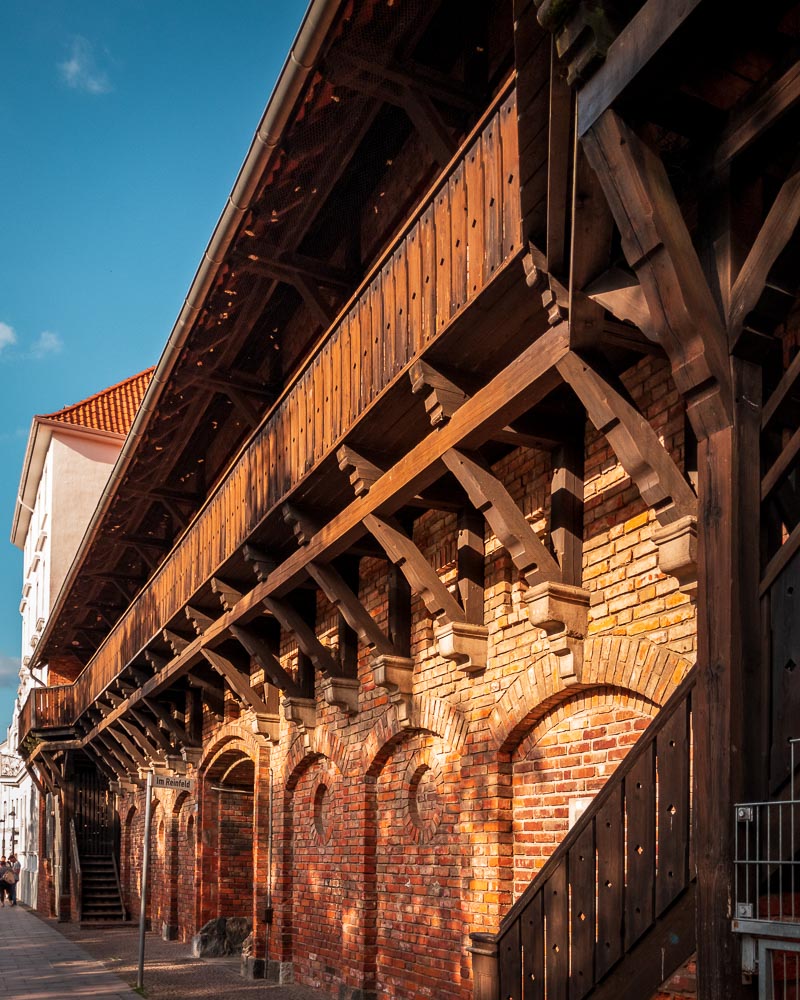 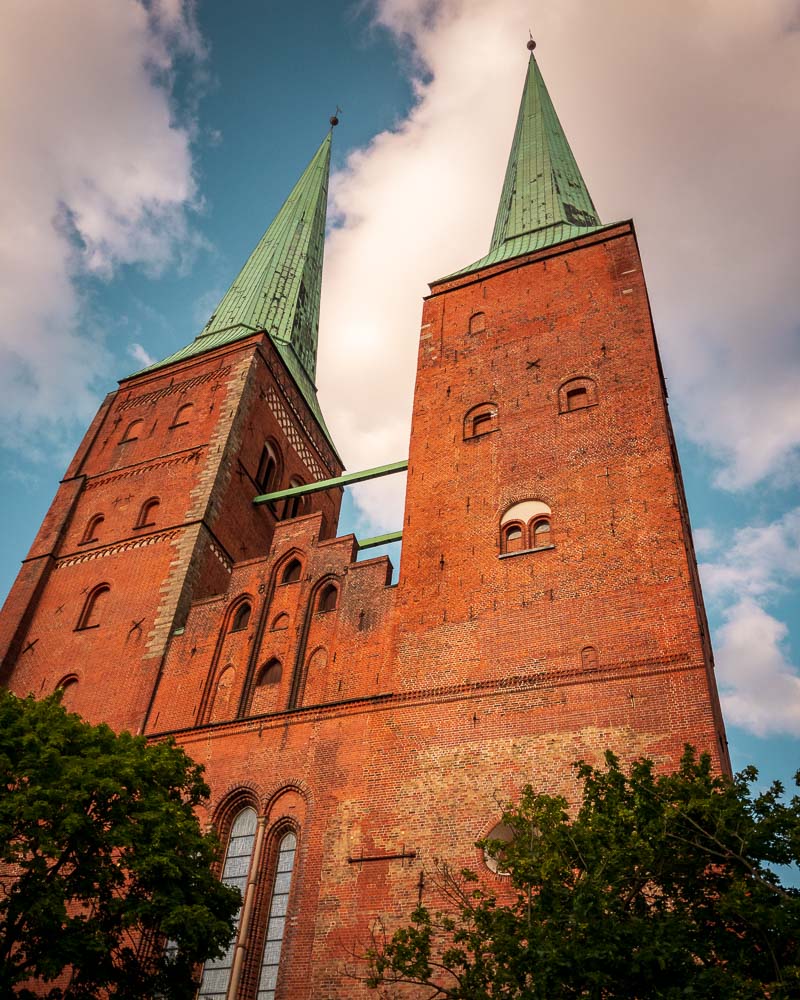 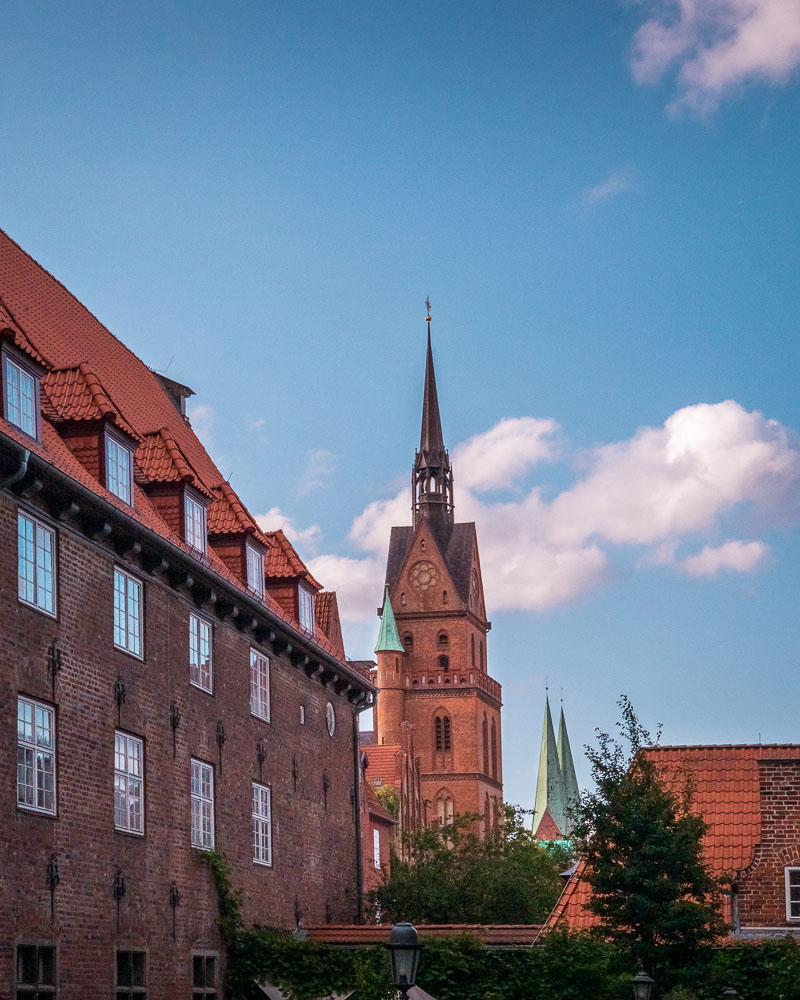 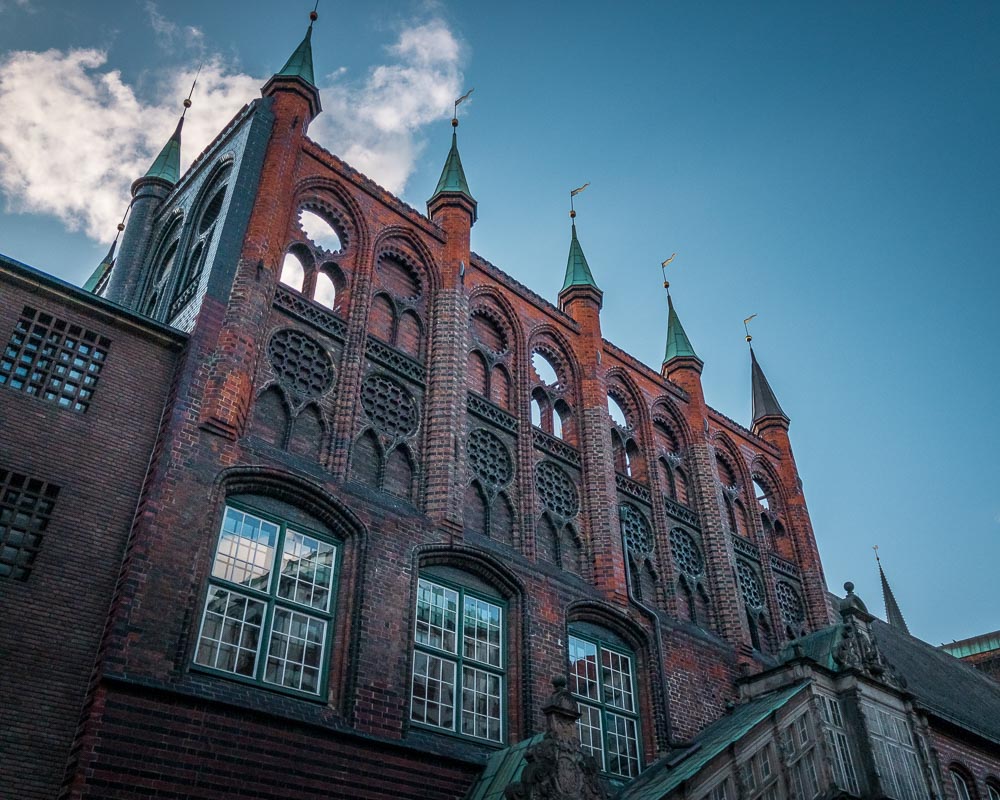 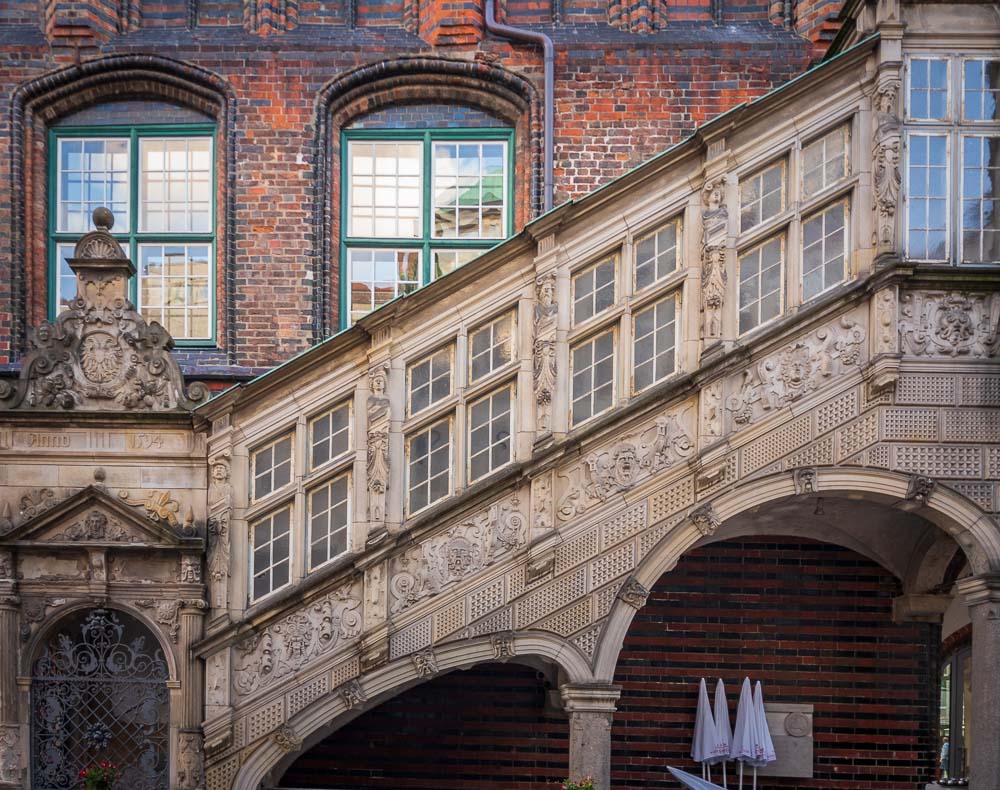 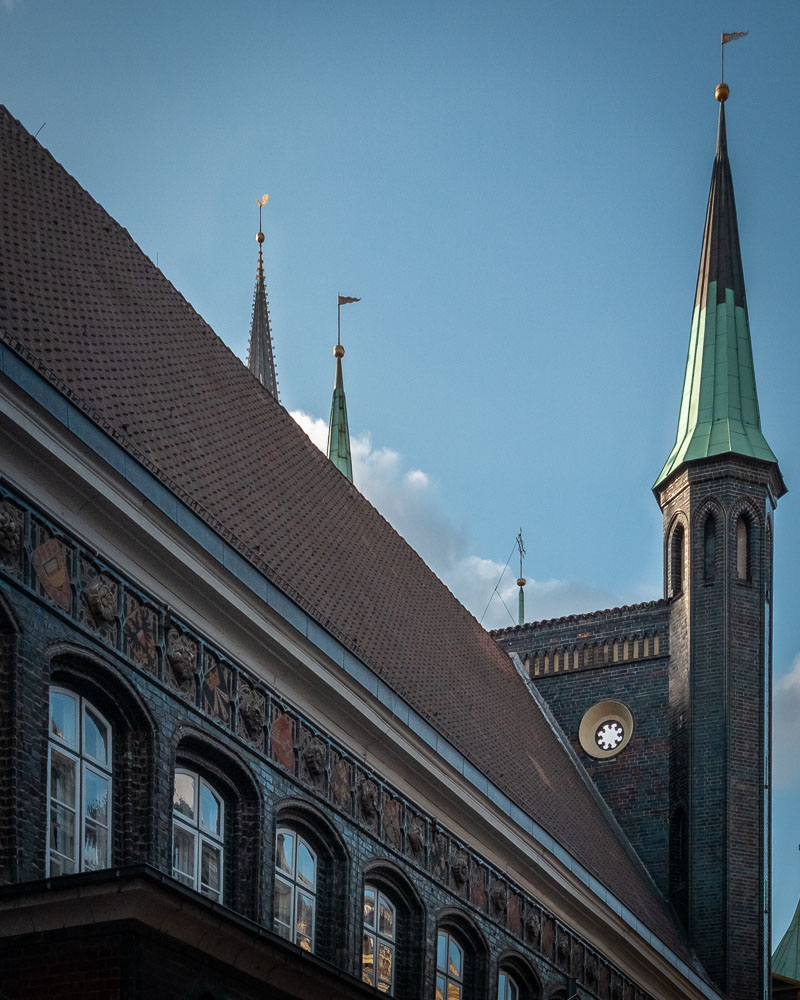 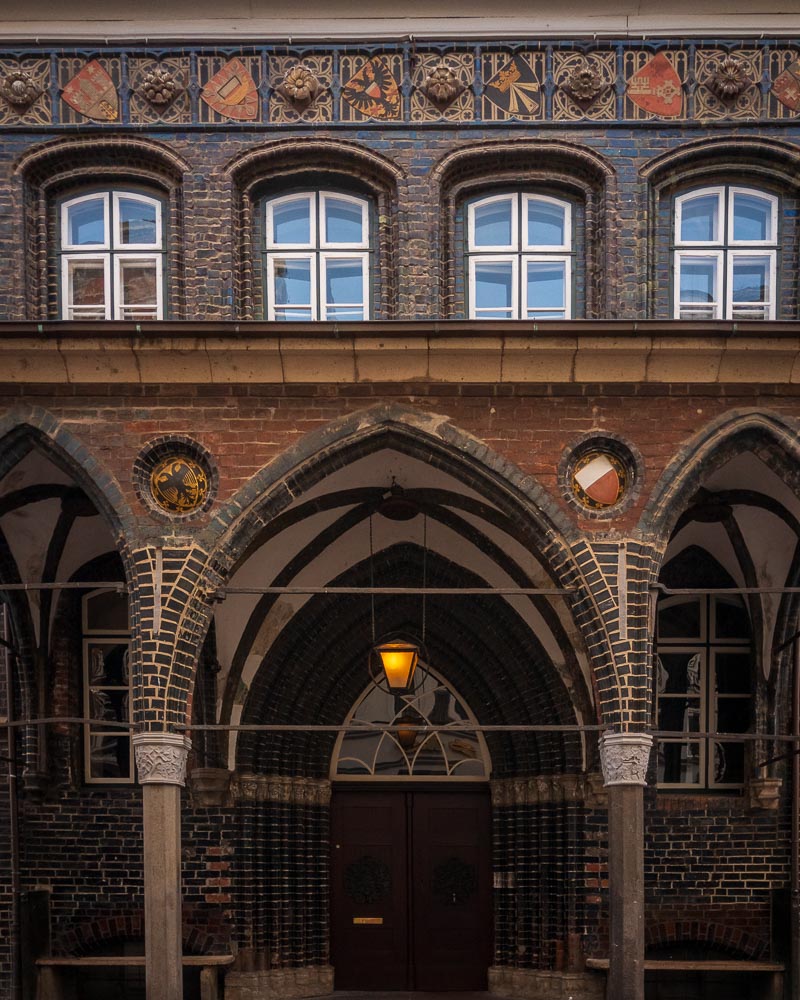 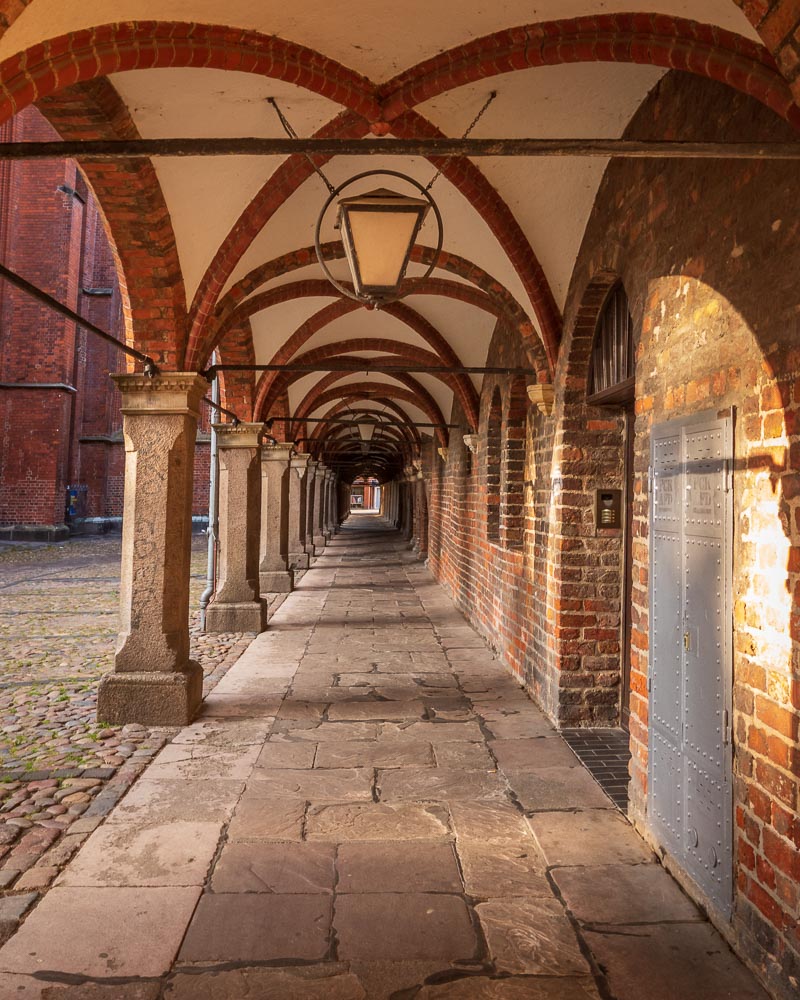 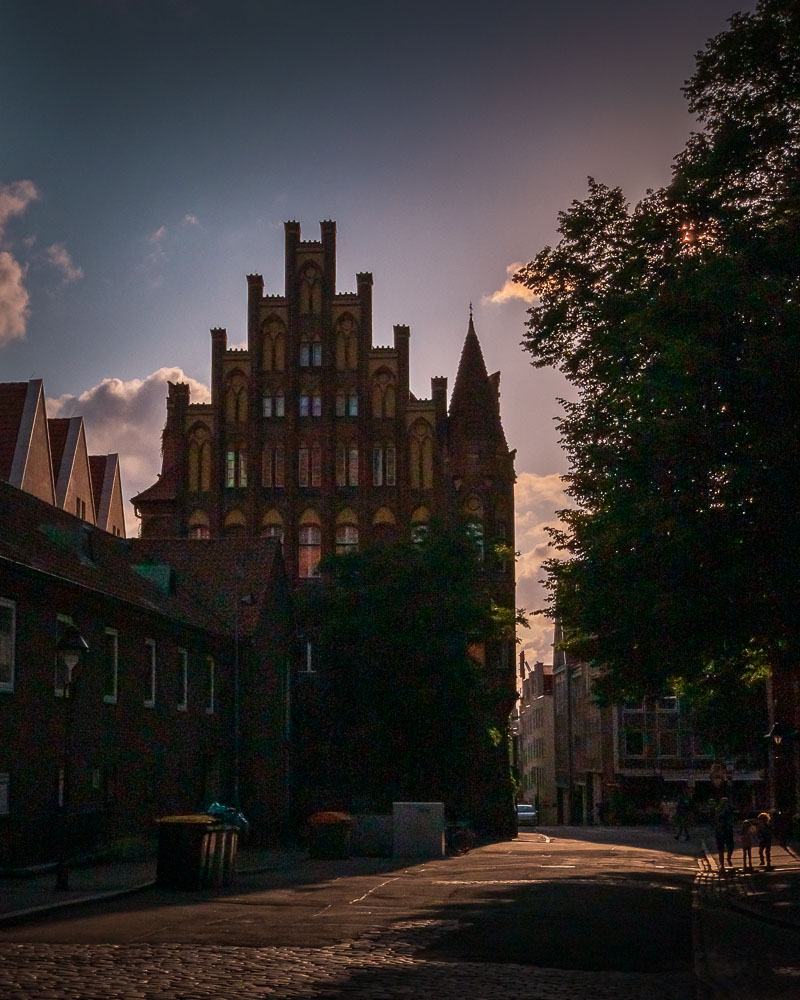 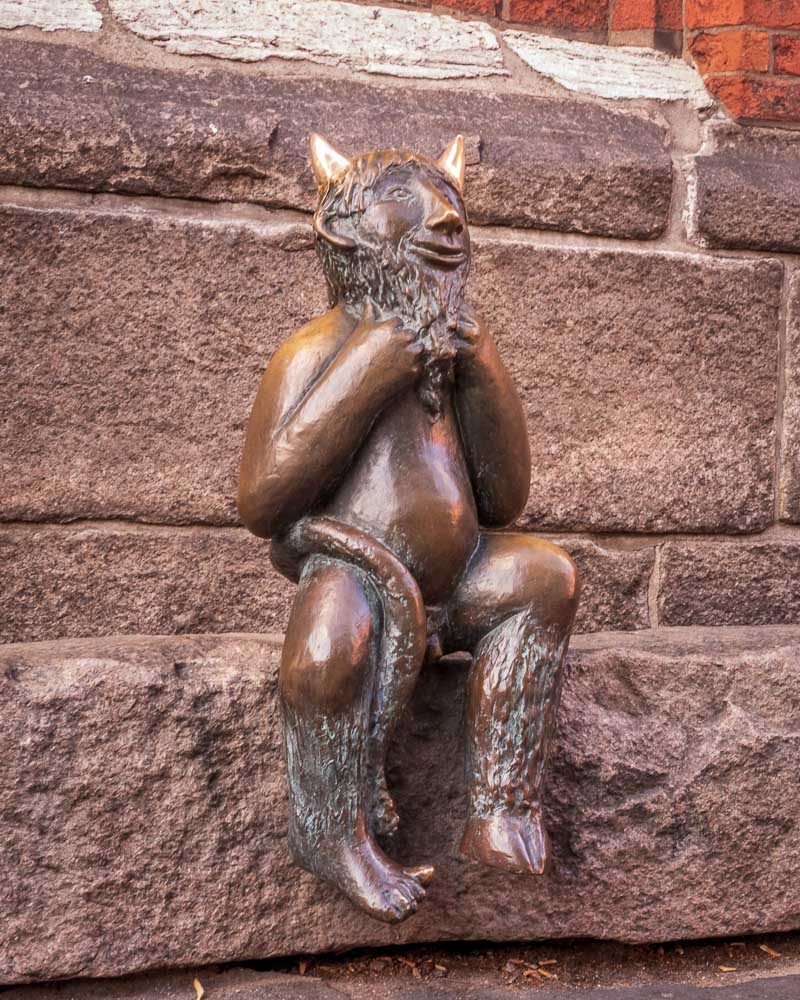 As the people of Lübeck were building St. Mary’s, along came the devil and asked what they were building. “A large tavern”, they lied so as not to anger him. This pleased the devil and he gave a hand so that the building quickly grew. Only when the church was nearly finished did the devil see that the people of Lübeck had tricked him. Furious, he picked up a huge boulder so as to destroy the building again. Then they said to him that they wanted to really build a large tavern right next door, the Ratskeller. The devil dropped the boulder so that it fell close to the church. And there it lies today with a bronze devil.

We finish our tour of Lübeck with dinner and a walk in the setting sun.