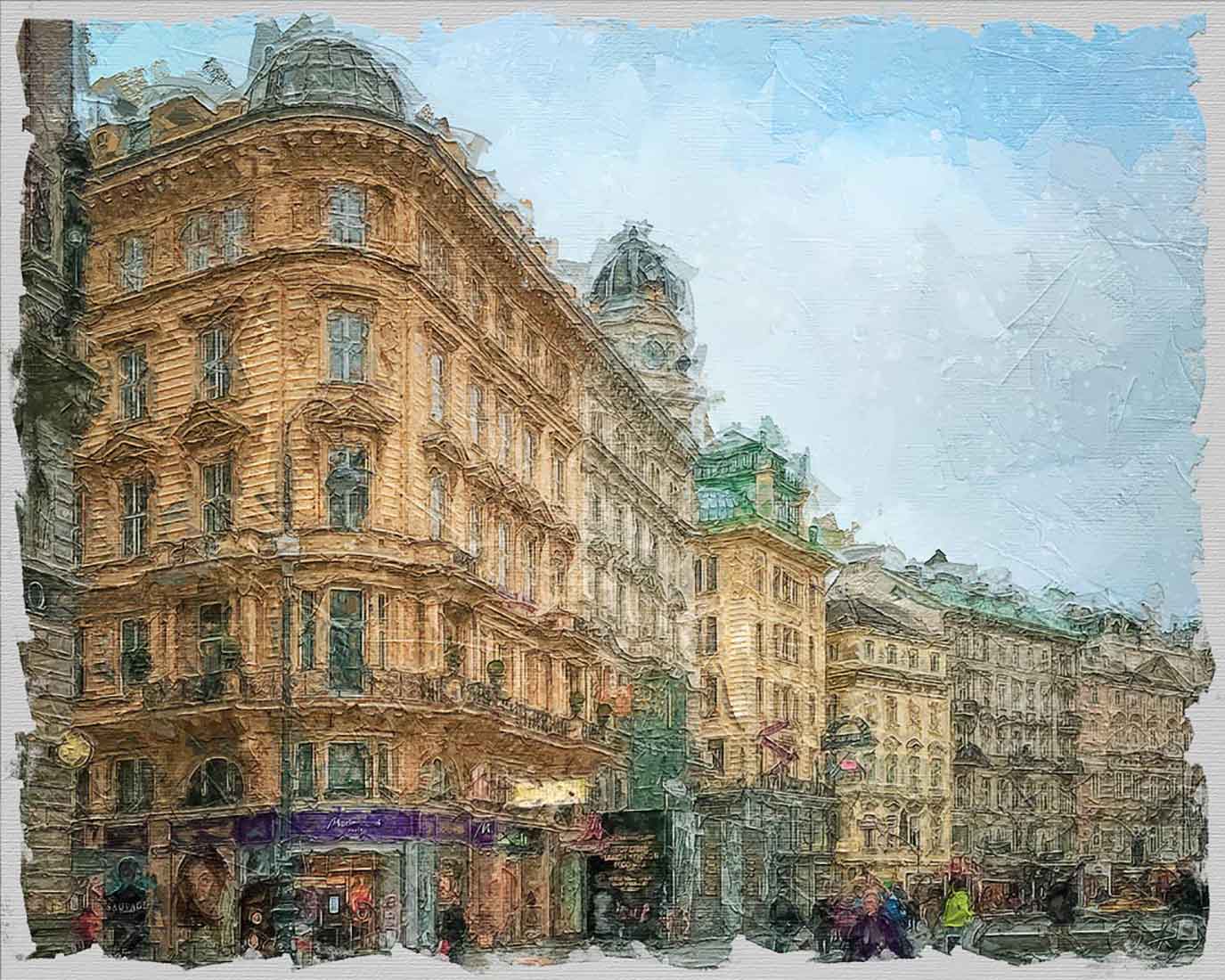 t's Sunday. Olaf and I walk back into the city center to continue our exploration and our first stop is der Graben. Despite the closed shops, plenty of people are here - some window shopping, some, like us, just people watching. It is nice to sit and soak up the quieter atmosphere. Soon, however, we are on the move for some coffee to warm up. We are on the hunt for a coffee shop we found yesterday - not such an easy task to be sure!

Der Graben – “trench” in German – is one of the most famous streets in Vienna’s city center. It traces its origin back to the old Roman encampment of Vindobona when a trench (Graben) lay before a section of the encampment wall that remained through the 12th century. Towards the end of the 12th century, the city was enlarged the trench was filled in. The Graben, therefore, became one of the first residential streets in the new section of the city. Indeed, in this section, large unbuilt areas were still available and probably contributed to the maintenance of the name “Graben” even today. 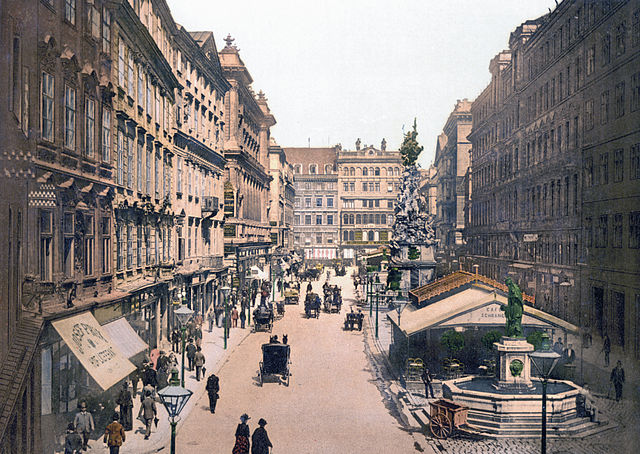 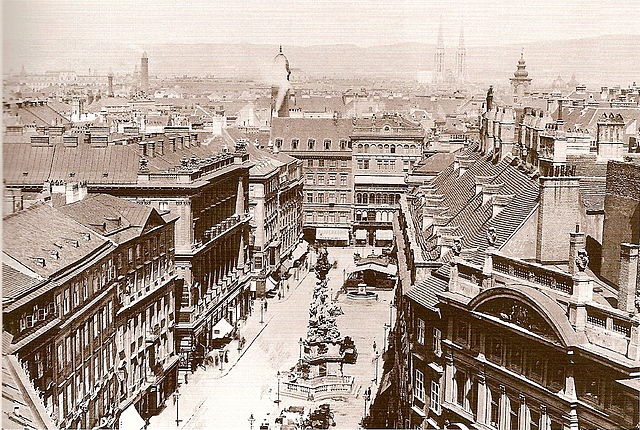 In 1327, when the Graben was lined primarily with wooden houses, a fire broke out in the house of a priest, which quickly spread over Kohlmarkt to the Graben completely destroying the area. At the turn of the 14th century, houses were built at both ends of the Graben. This activity led to the construction several side streets including one – where the blacksmiths and metal workers set up shop –  that was criticized as an obstruction to the flow of traffic. The Graben was also the spot of the origination of a stream used for sewage disposal and gave rise to a corresponding stench. Over time, however, various local dignitaries took up residence on the Graben, at first primarily the wealthy bourgeoisie.

The Graben has served as a marketplace from the very beginning. Already in 1295, shortly after the Graben was first named in documents, a fruit dealer was mentioned. The selling of cabbage began around 1320, and other vegetables were introduced around a hundred years later. Beginning in the 14th century, flour and bread sellers are also mentioned and in 1442 the bakers were granted permission to sell their own wares. Beginning in 1424, butchers are also mentioned in treasury documents but according to a decree issued in 1564, the butchers were to be moved on account of their offensive smell. However, the law was never fully followed. In the 18th century the commercial activity was pushed increasingly into the outlying buildings. During the course of the 18th century, the use of the Graben as a market was suppressed. In 1753, the last remaining market (a vegetable market) was shut down and in 1772 even the Christmas market was relocated. The Graben became the most fashionable promenade – chiefly for the self-display of the urban elite. 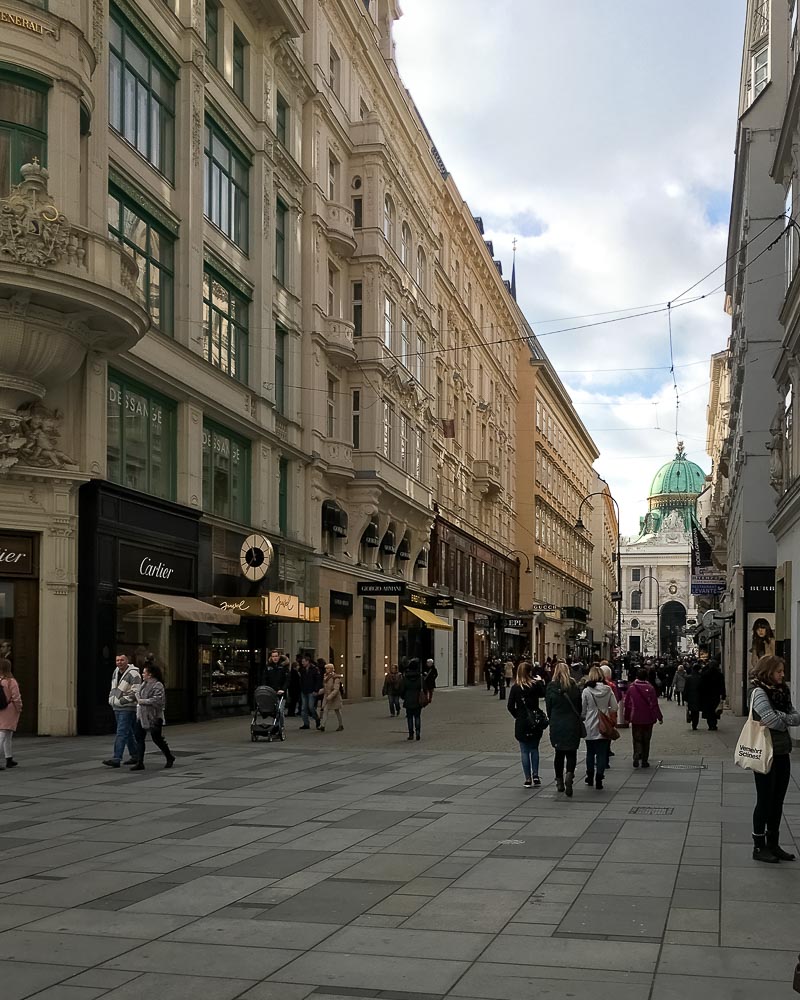 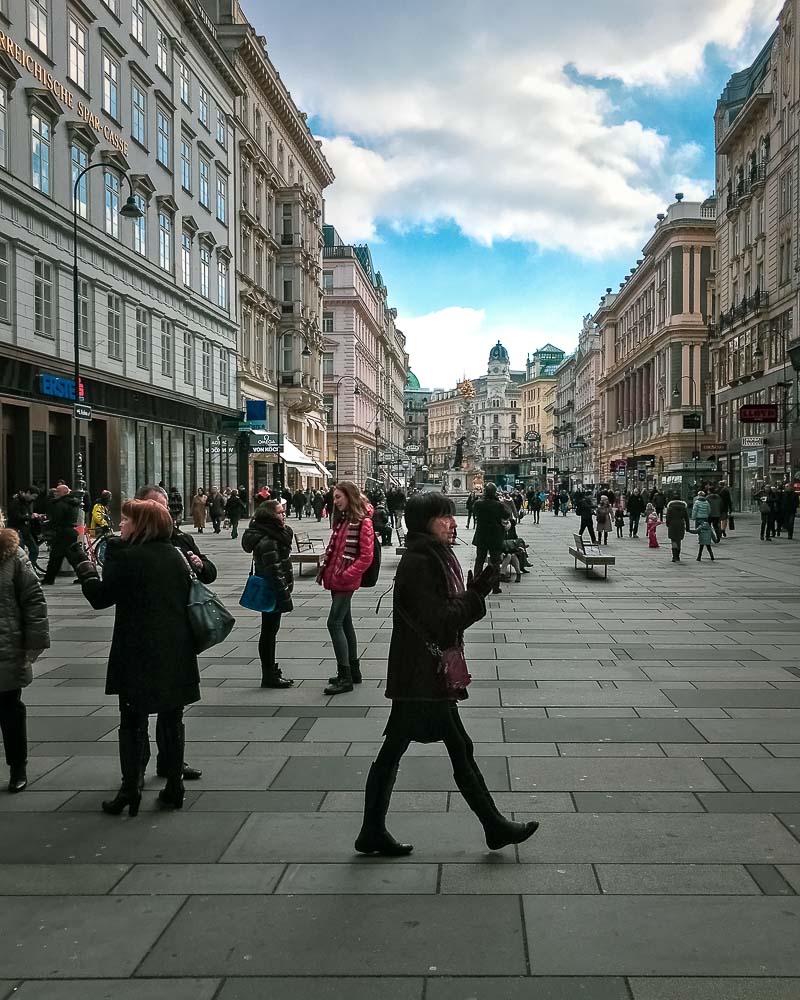 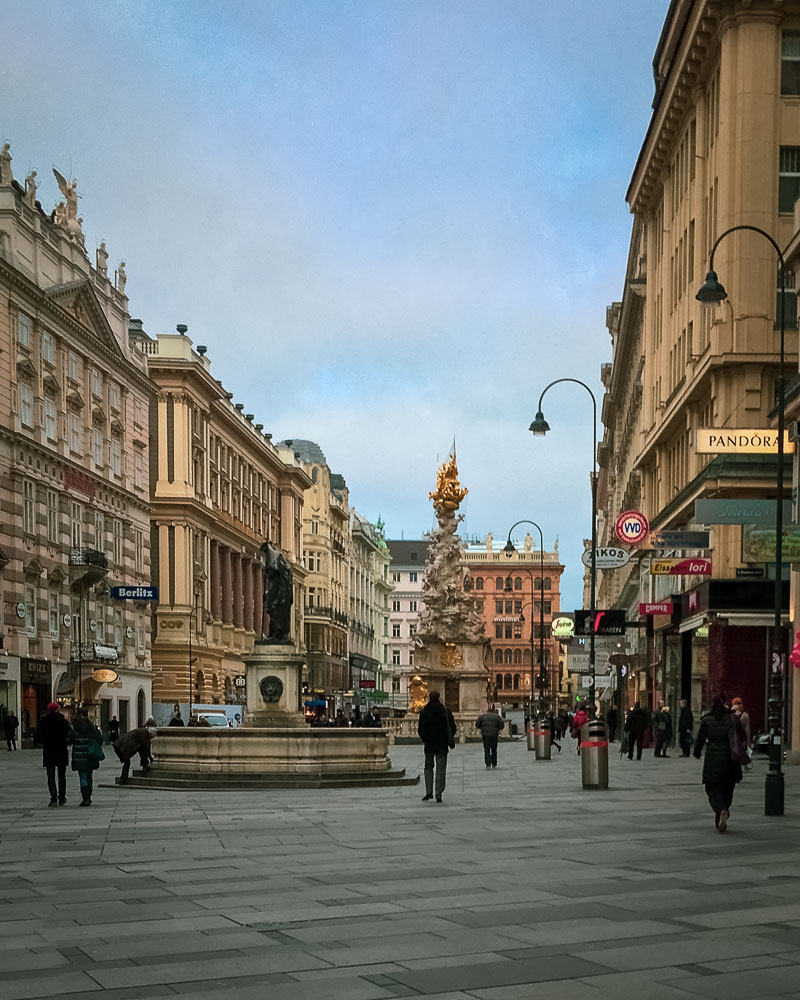 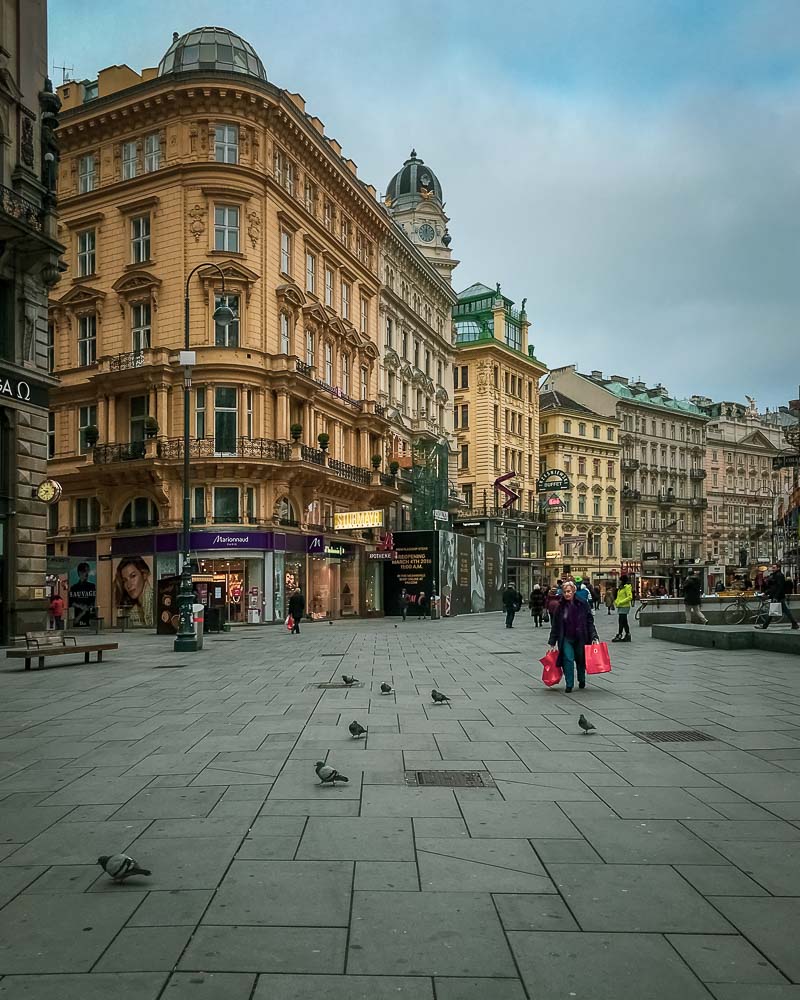 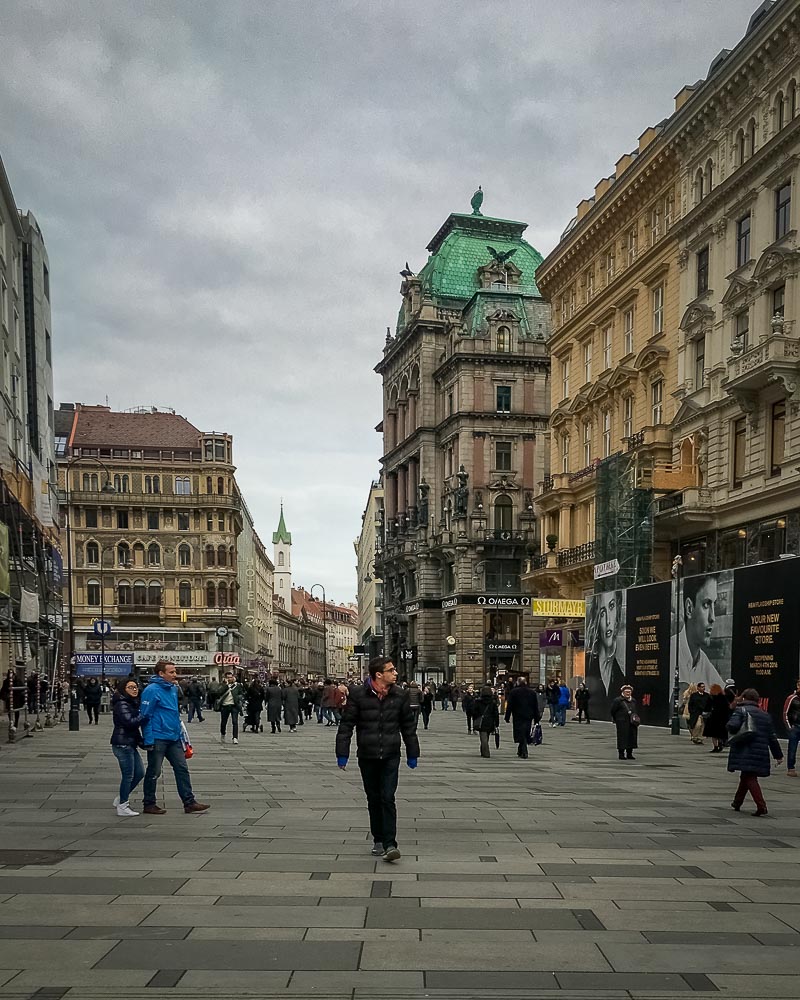 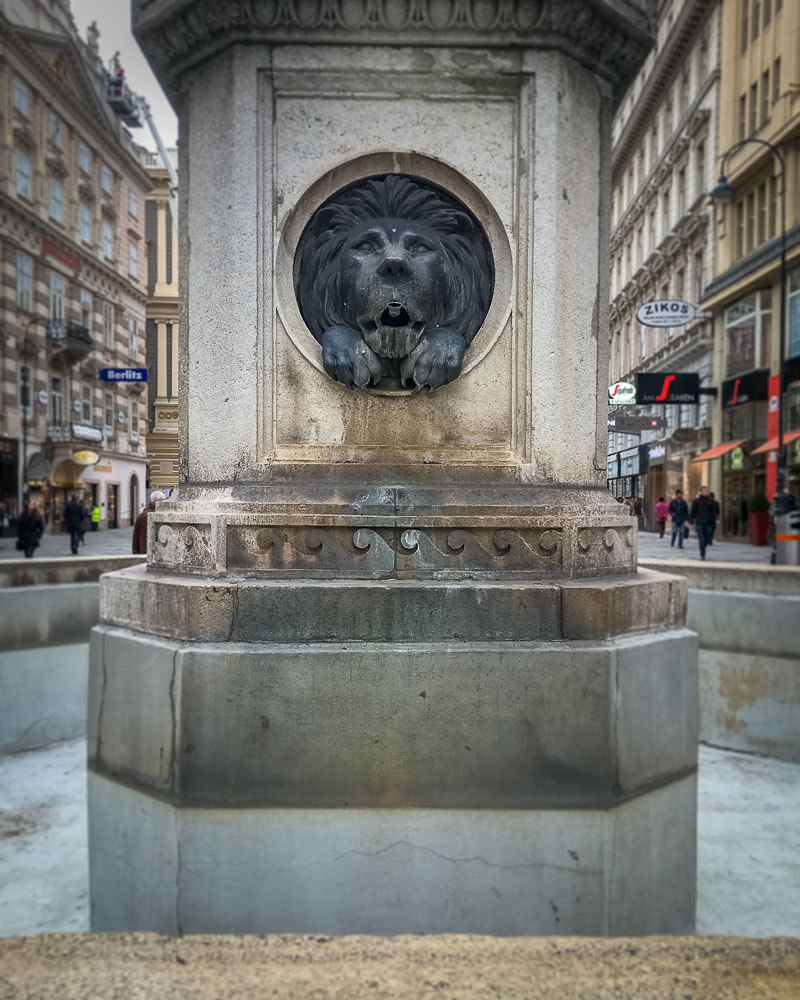 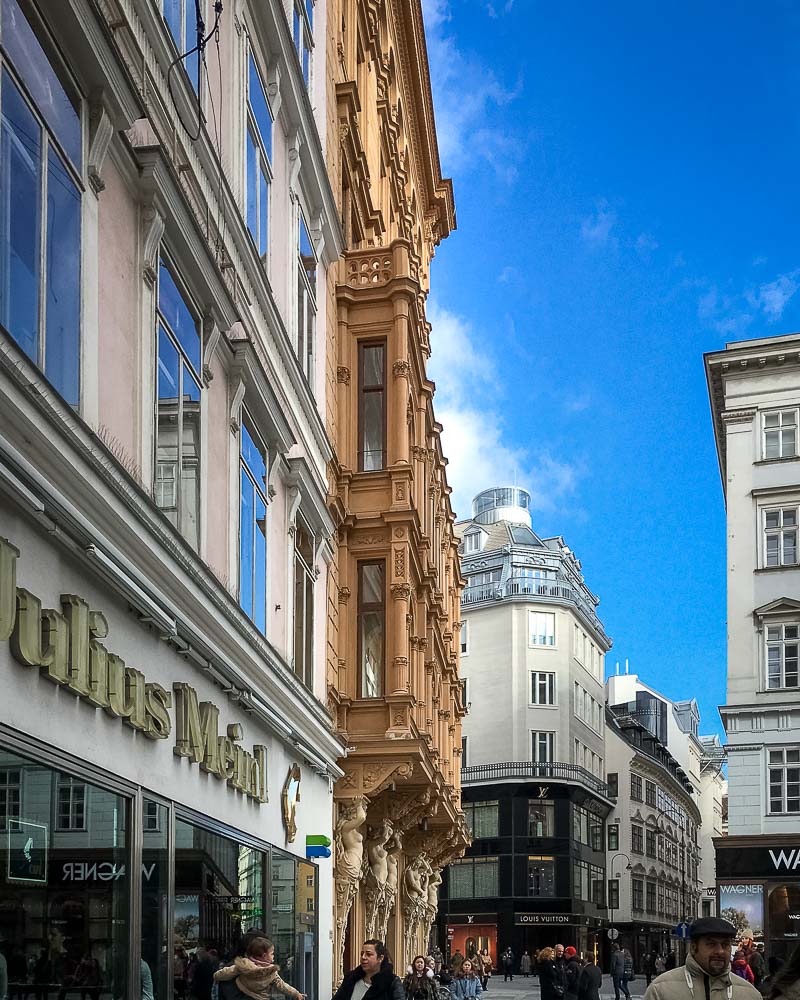 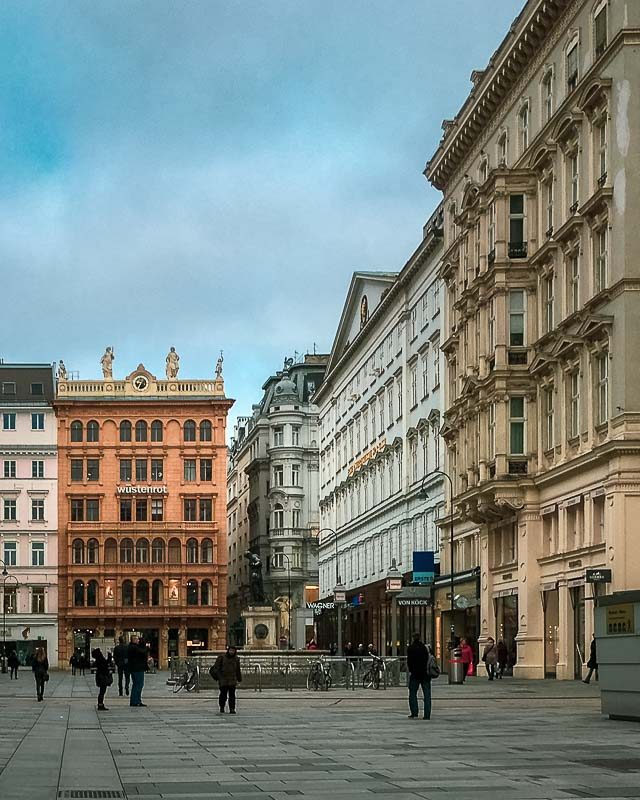