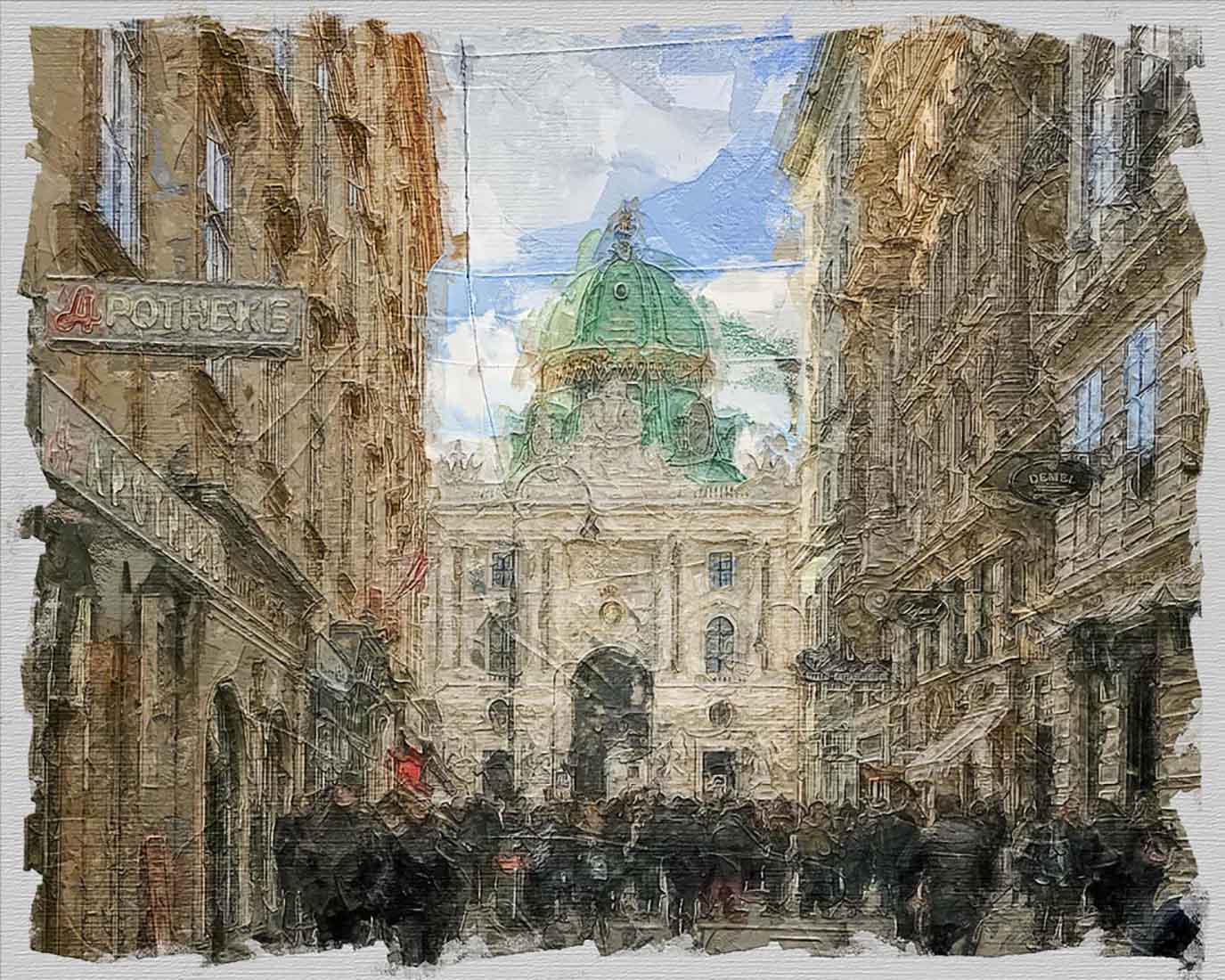 he Innere Stadt - now the 1st District - was the entirety of Vienna until the city boundaries were expanded in 1850. It is encircled by the Ring Road (Ringstraße) - a boulevard constructed along the old city walls that were torn down starting in 1858. This area is full of history and antiquity. Everywhere I look there are beautiful buildings - each more grand than the next. Olaf suggests that we find Café Central - he remembers it fondly from the time he went to school - and we can have some breakfast. We set off - following instructions from the GPS.

Café Central is a traditional Viennese café located on the ground floor of the former Bank and Stock market building. Opened in 1876, it became a key meeting place of the Viennese intellectual scene in the late 19th century, and has been visited by the likes of Freud, Hitler, Lenin, and Trotsky (the latter two being regulars). The café closed at the end of World War II. It was not for another 30 years, when the building in which the café was housed underwent renovation in 1975, that Café Central reopened.

We finish our breakfast and, after a little soaking up of the atmosphere, we pay our bill and leave. Our timing was excellent as, on the way out, we pass a long queue to gain entry. We step out into the mid-morning sun to continue our walking tour of the city. 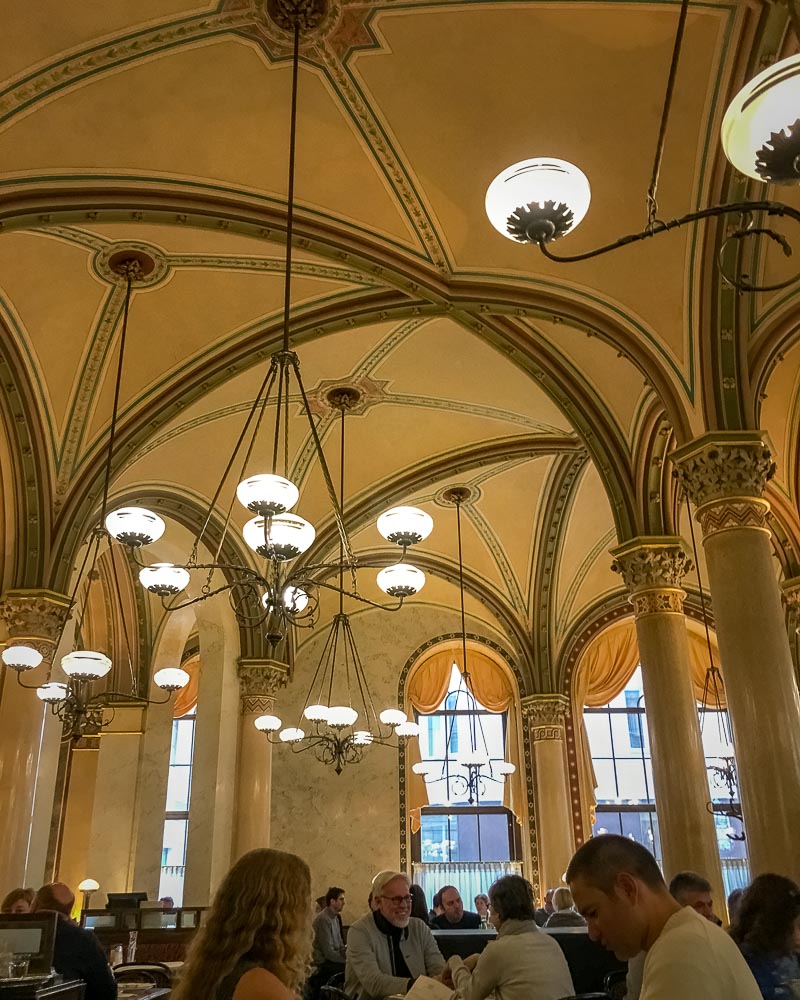 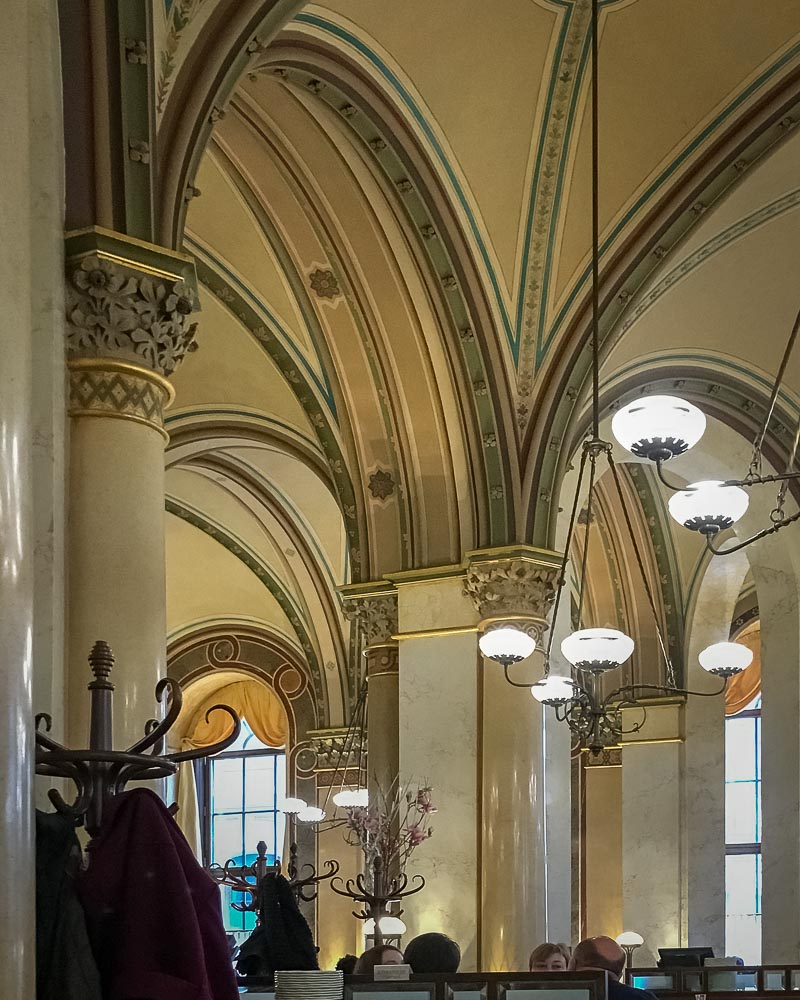 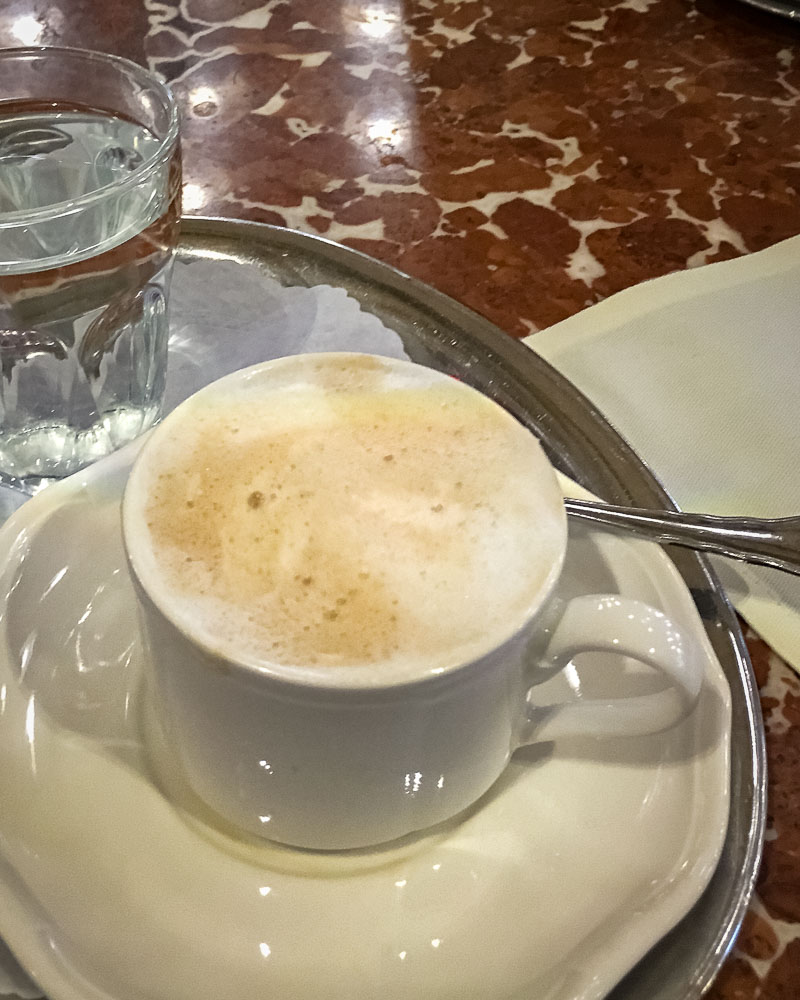 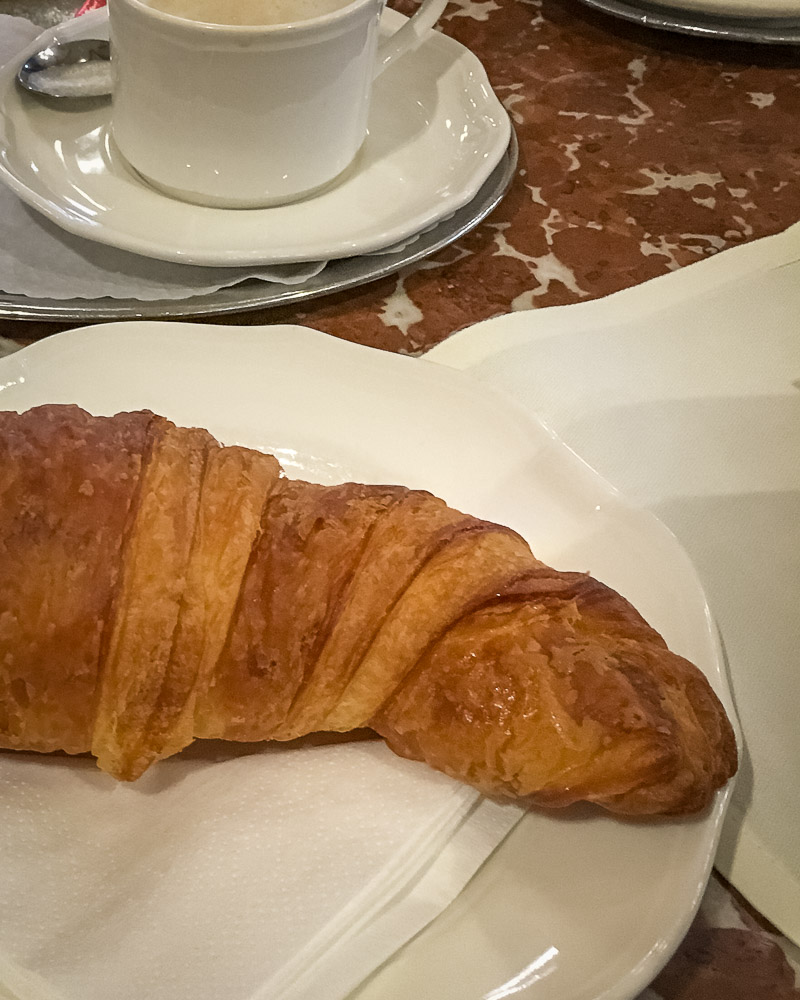 In 1618 Johan Cameel acquired the building, and opened a shop with exotic foods and
spices and as a play on his surname named it “Zum Schwarzen Kameel” – thus, The Black Camel was born.

Two centuries later the establishment was taken over by and the business was now called Joseph Stiebitz & Comp. He expanded the delicatessen and later established a wine bar, which became increasingly popular.

In 1901, the house at Bognergasse 5 was completely rebuilt and the restaurant was given its present appearance in the Viennese Art Nouveau style. Today the premises are used as a restaurant, bar and delicatessen. 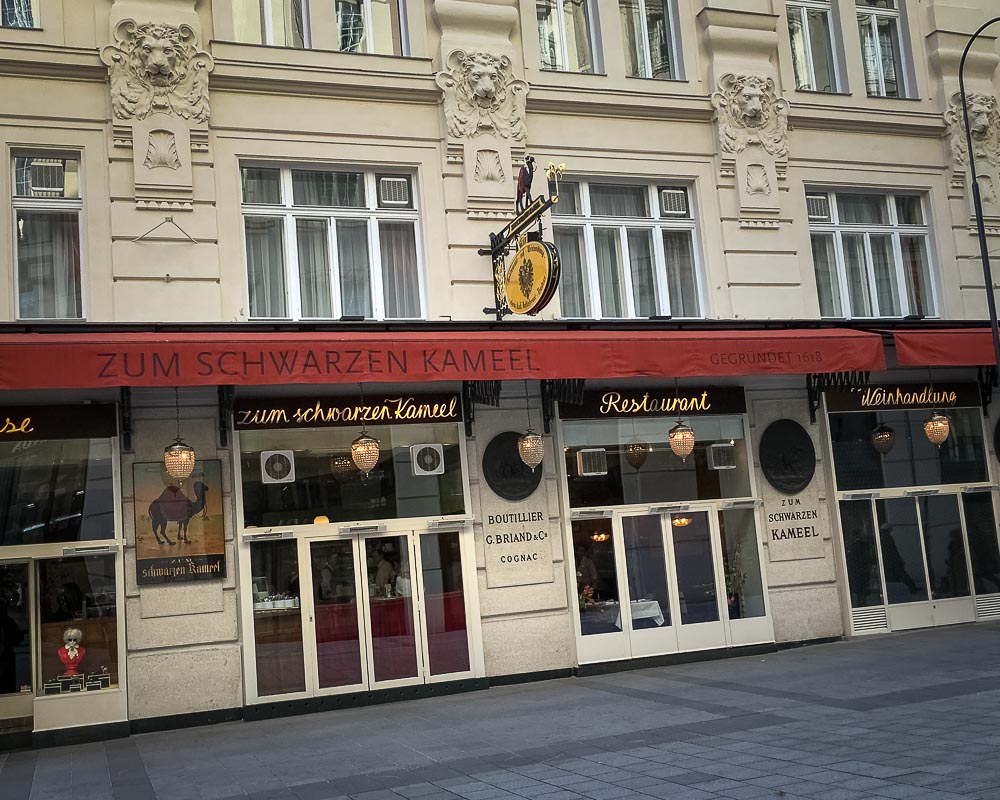 The Marian Column Am Hof in Vienna is a statue dedicated to Mary on a pillar. It is a bronze copy of a stone column donated as thanks for the rescue of the city of Vienna from a Swedish army in 1645. The Marian Column is located in the middle of the square Am Hof and its base is exactly the same as that of the original stone column. Perched on top is the statue of Mary, which was gilded until 1730. At the feet of the four harnessed putti lie the serpent, dragon, basil, and lion as allegories of the fight against plague, war, hunger, and heresy. At the foot of Mary lies a dragon pierced by an arrow.

Although it is a copy of the sandstone original, a clear stylistic change of the intervening years is noticeable. The new Viennese Madonna already shows the influence of the painters of the era, whose contrapostic attitude it adopts. 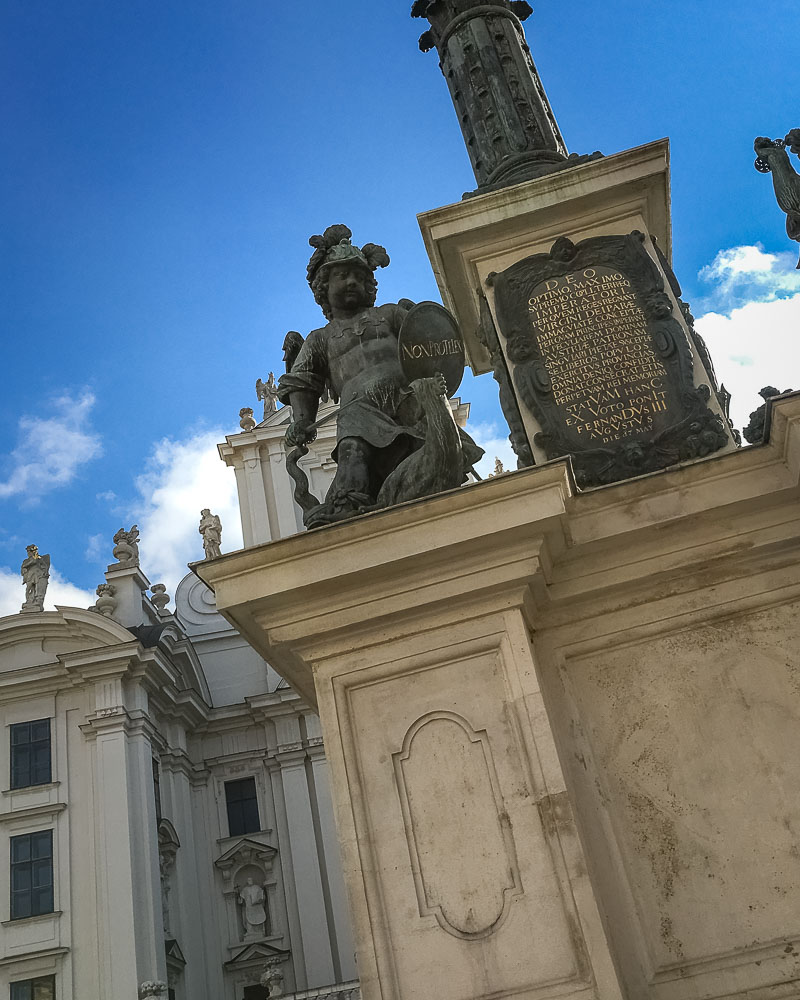 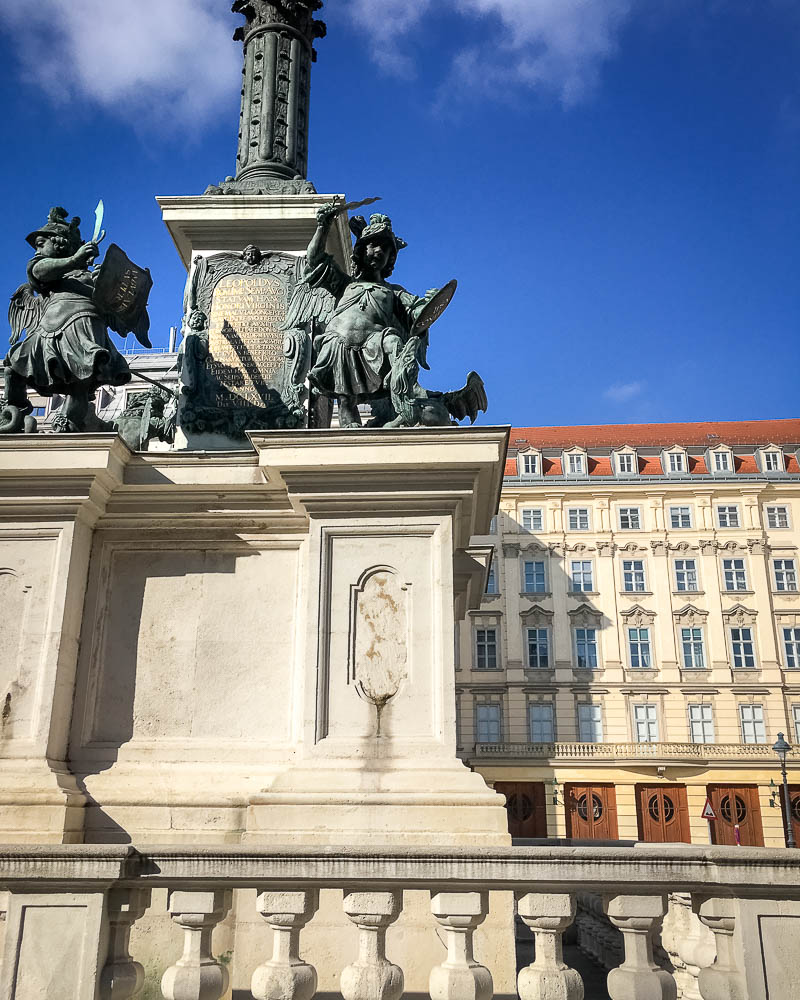 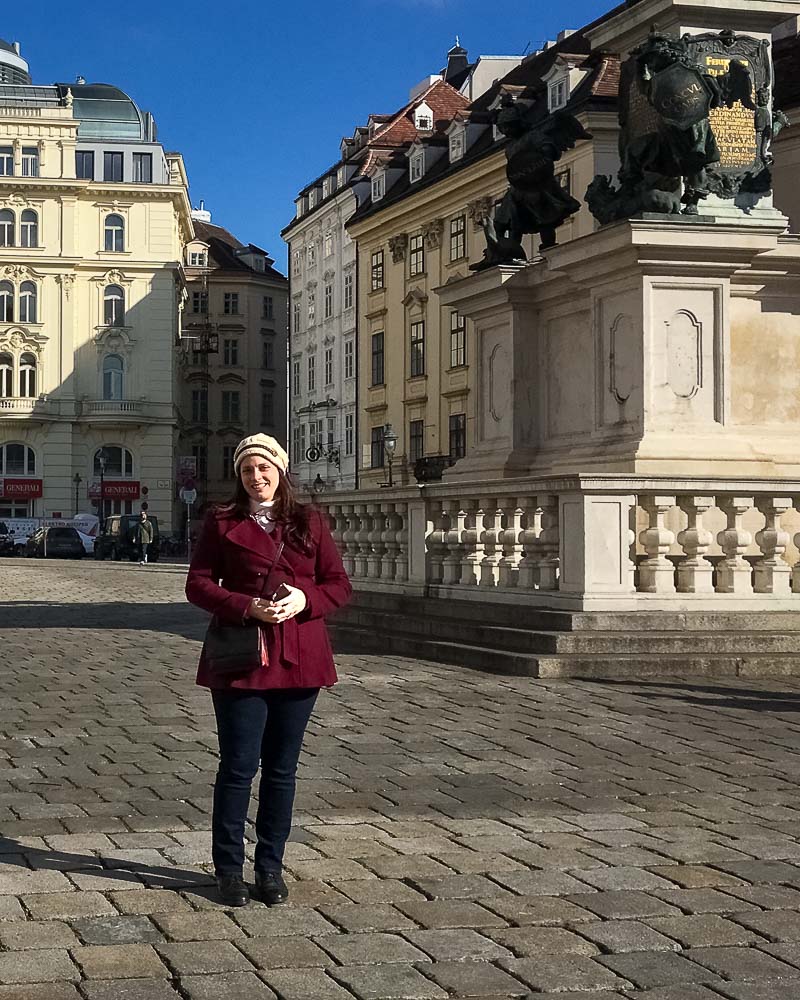 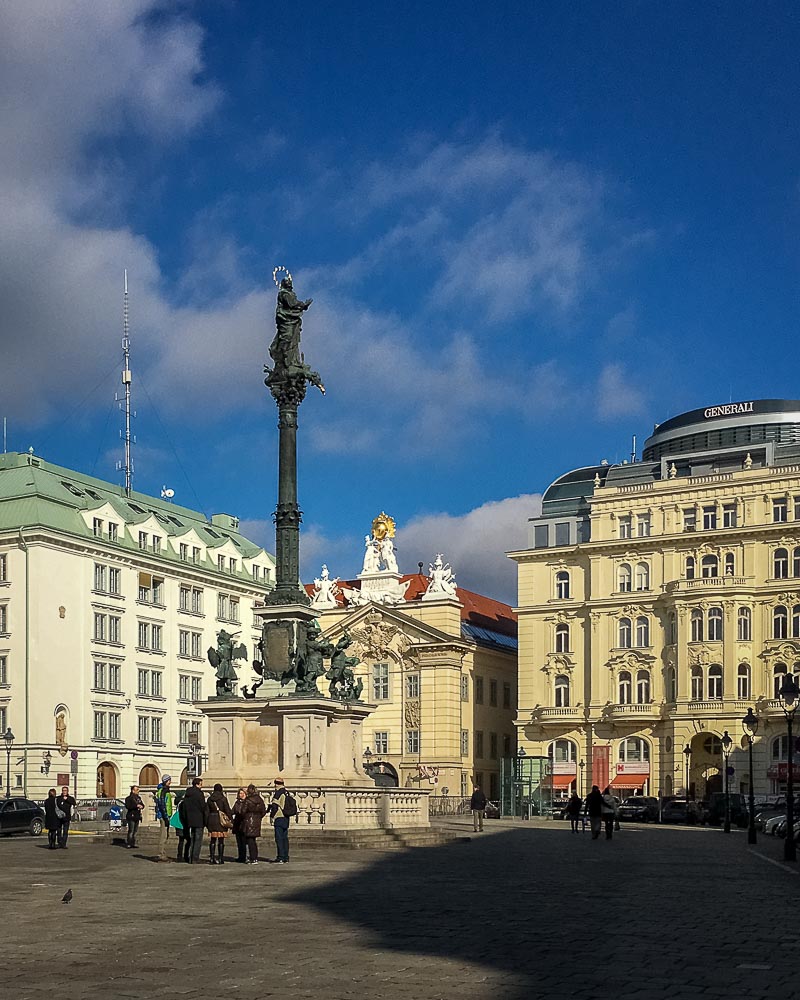 St. Peter’s Church is a Baroque Roman Catholic church. The oldest church building (of which nothing remains today) dates back to the Early Middle Ages and had been built on the site of a Roman encampment. It is believed to have been established by Charlemagne around 800, although the first mention of Saint Peter Church is in 1137.

The old church burned down in 1661 and was given only makeshift repairs. The decision to build a new church was further delayed when Vienna was ravaged by the plague in 1679–1680. The construction of the new Baroque church was begun around 1701 and was inspired by the St. Peter’s Basilica of the Vatican. By 1722, most of the building was finished, and in 1733 the church was finally consecrated. The new church was the first domed structure in baroque Vienna. Due to the confinement of available space, it was built in a very compact form.

The fresco in the cupola represents the Coronation of Our Lady. On the triumphal arch one can see the coat of arms of the  emperor and in the spandrels around the dome are portrayals of the four Evangelists and four Fathers of the Church. Over the years, the paintings had become darker, and the interior began to take on a grey appearance. From 1998 to 2004, the church underwent a renovation, which returned the paintings to their original vibrant coloring and brightness. 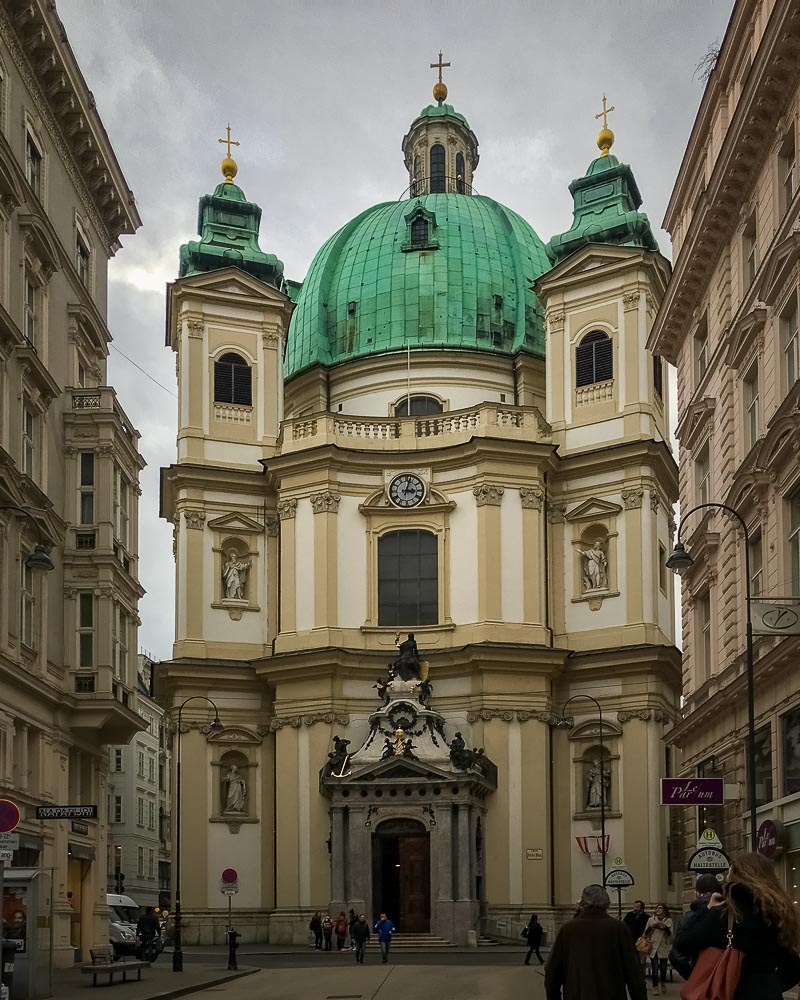 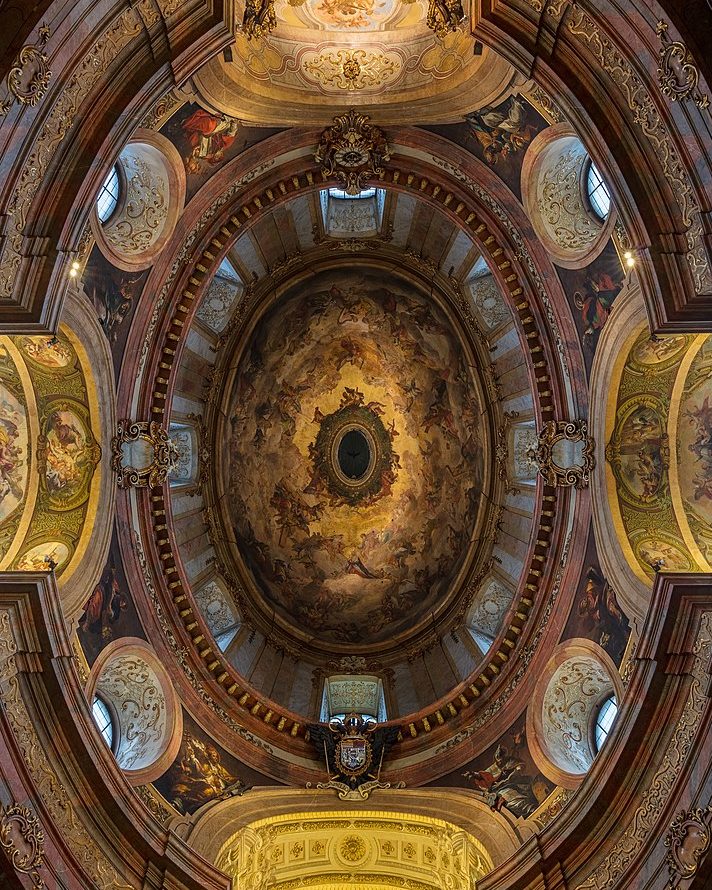 Today is a day to wander around the inner city as neither Olaf nor I had plans for the day. As we approach the center of the inner city the cars give way to pedestrians and horse-drawn carriages. This will be the Stephansplatz and the Staphansdom. 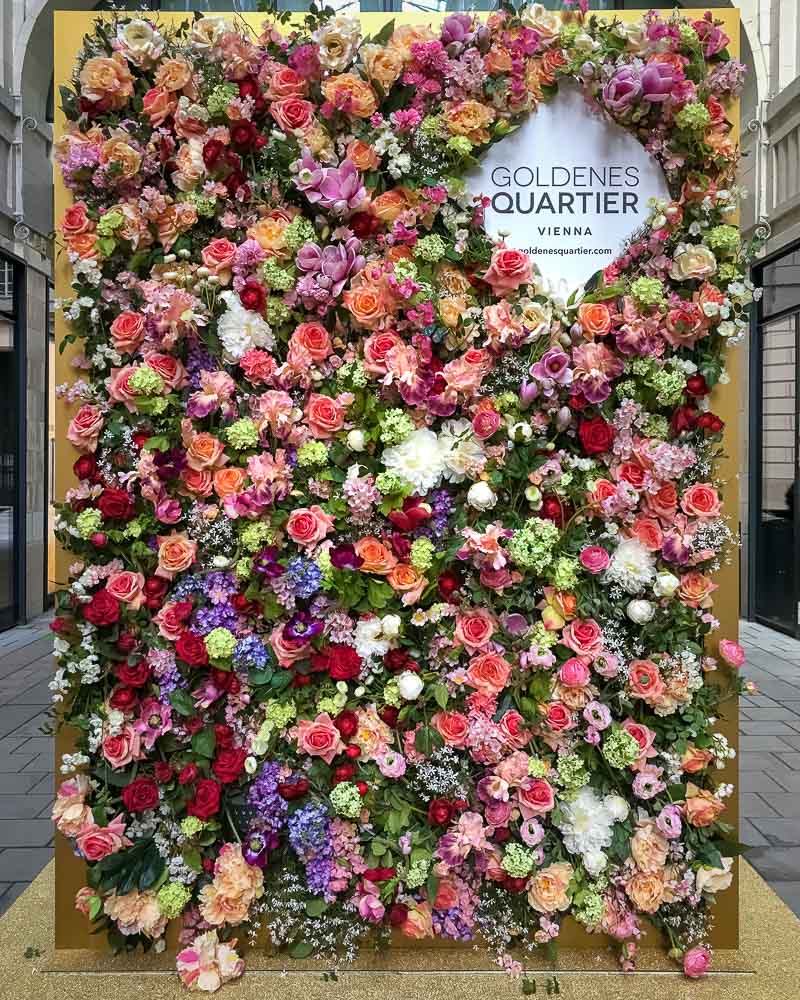 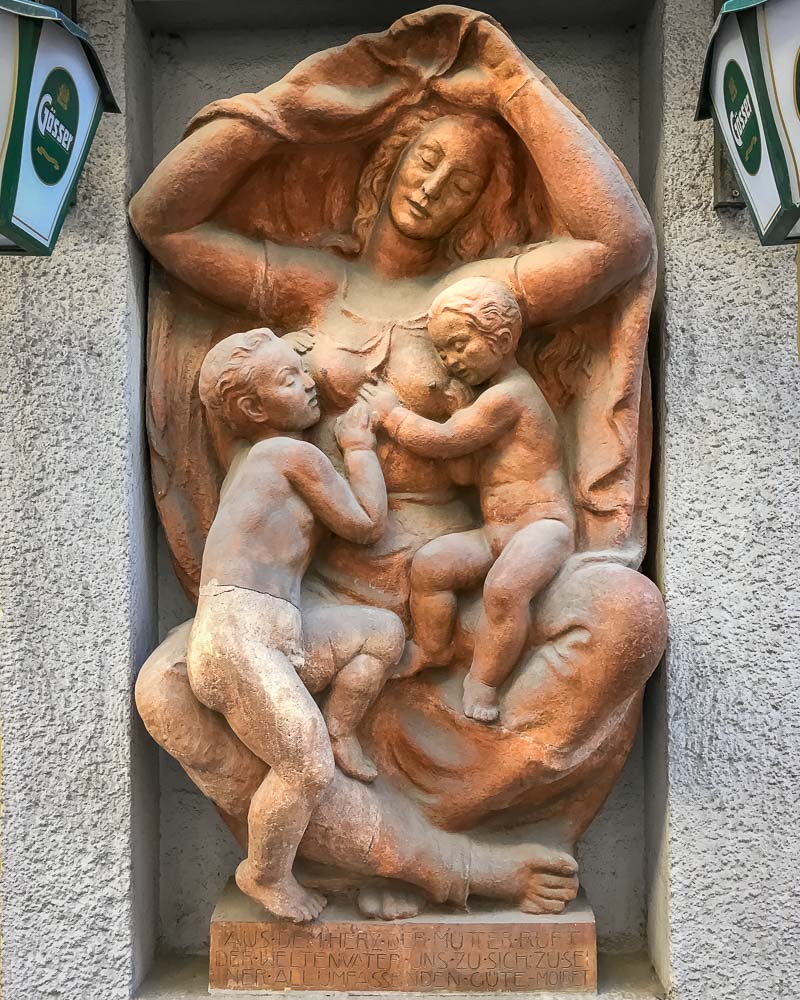 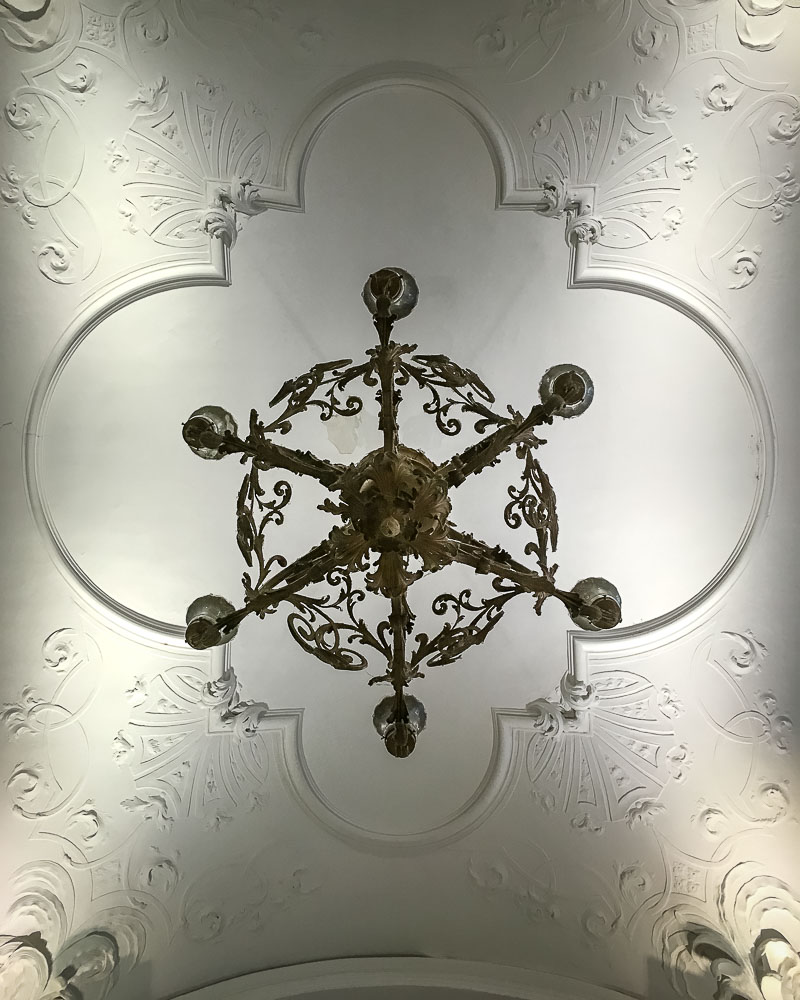 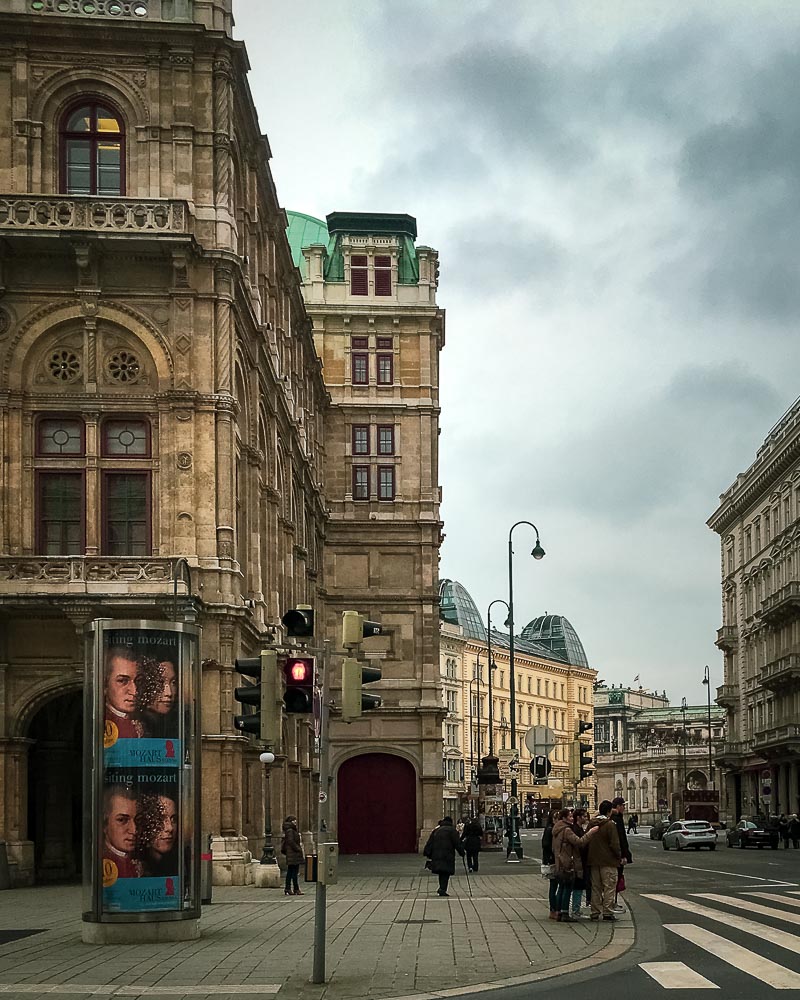 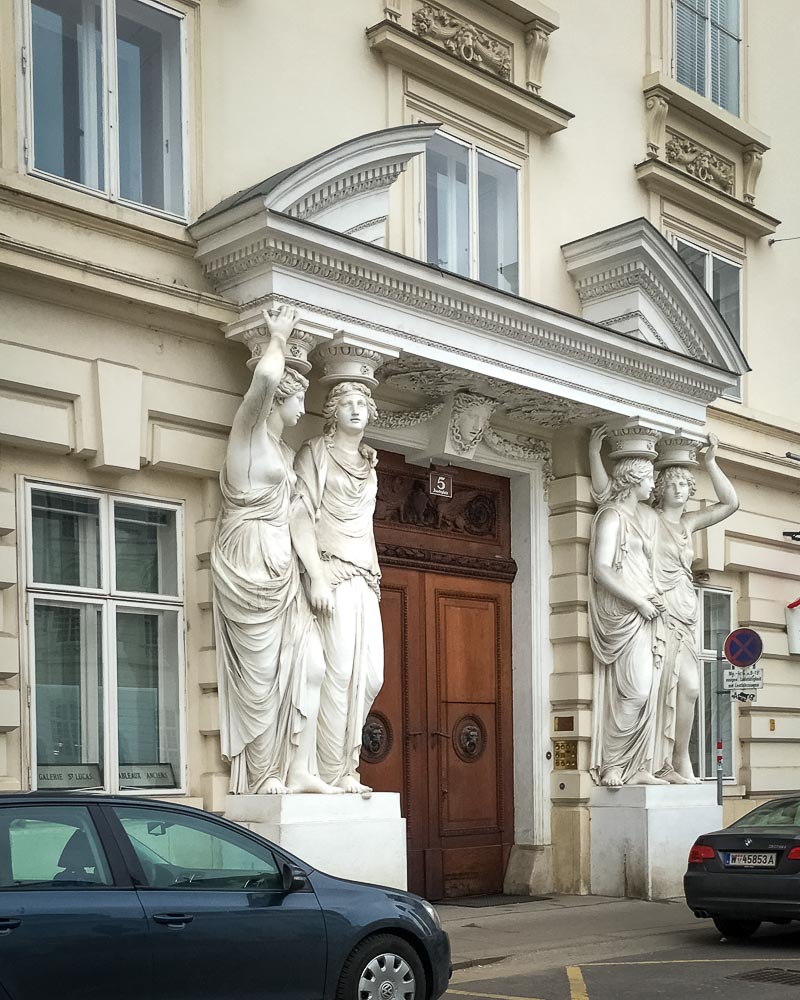 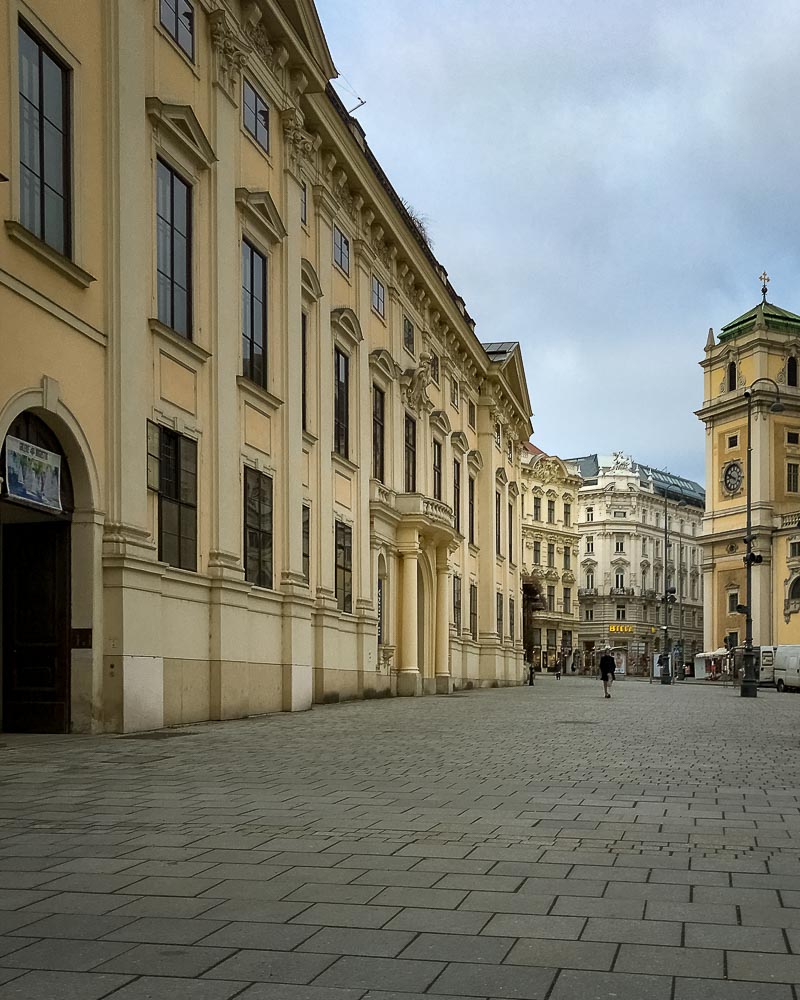 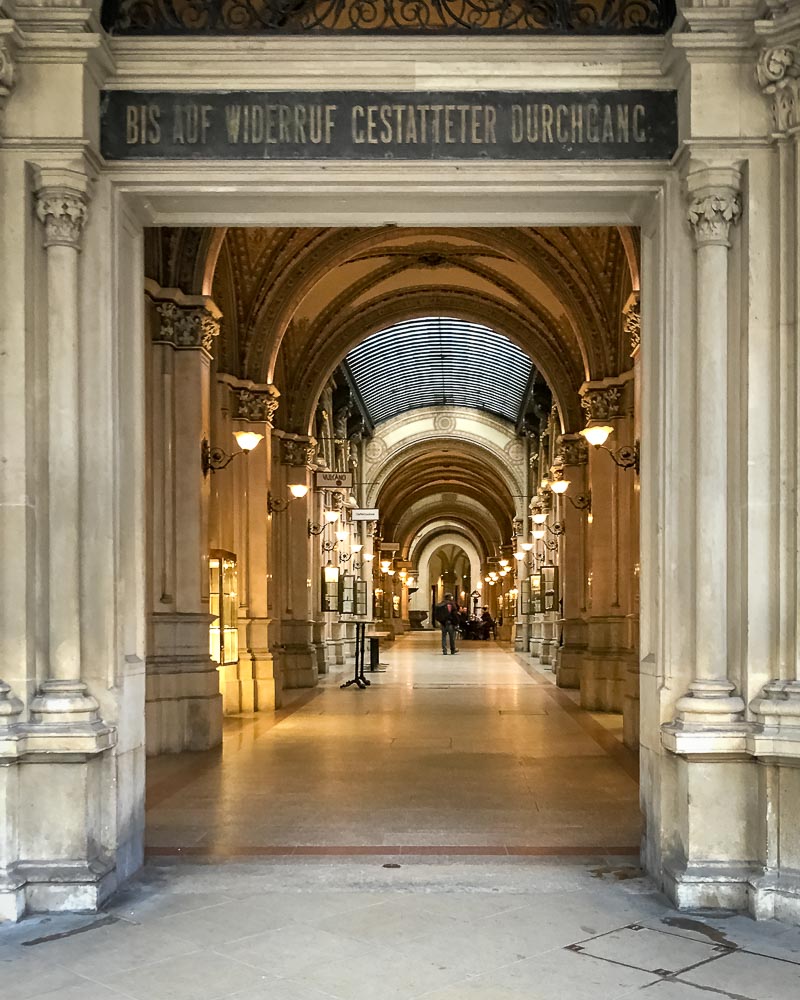 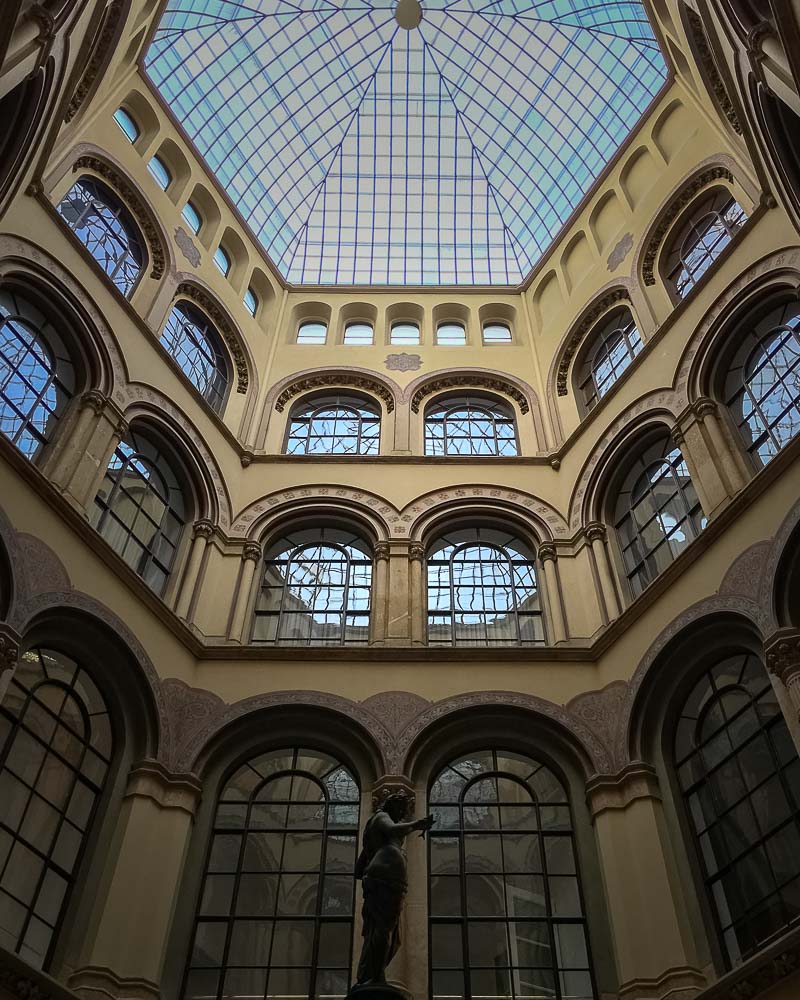 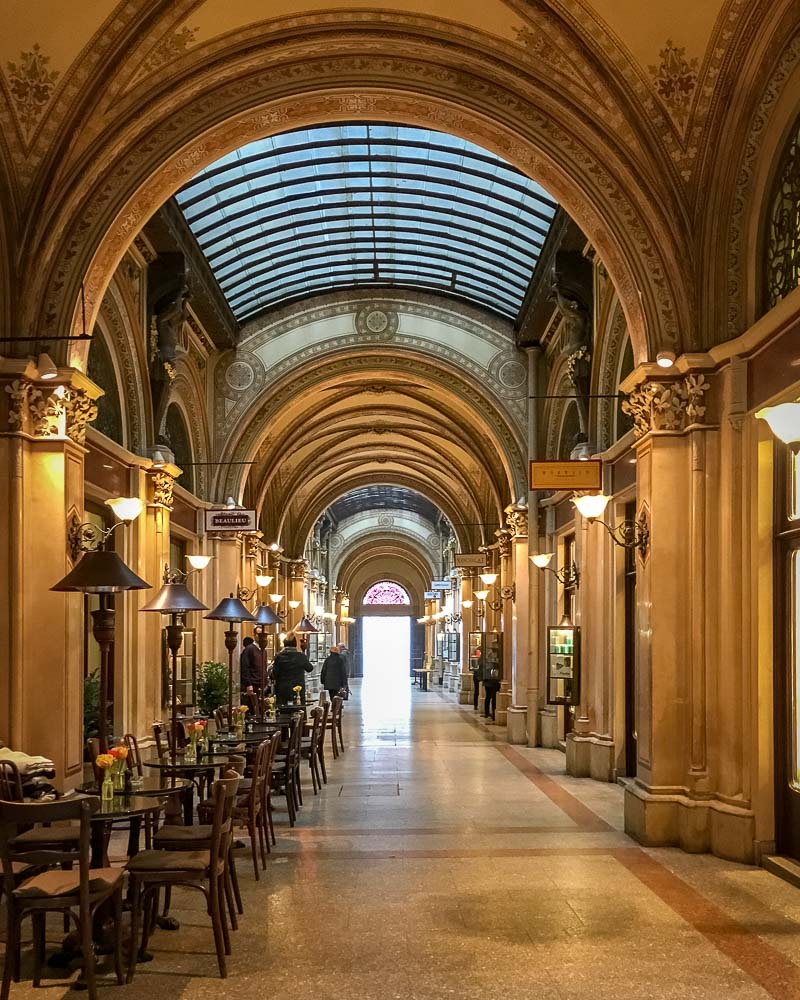 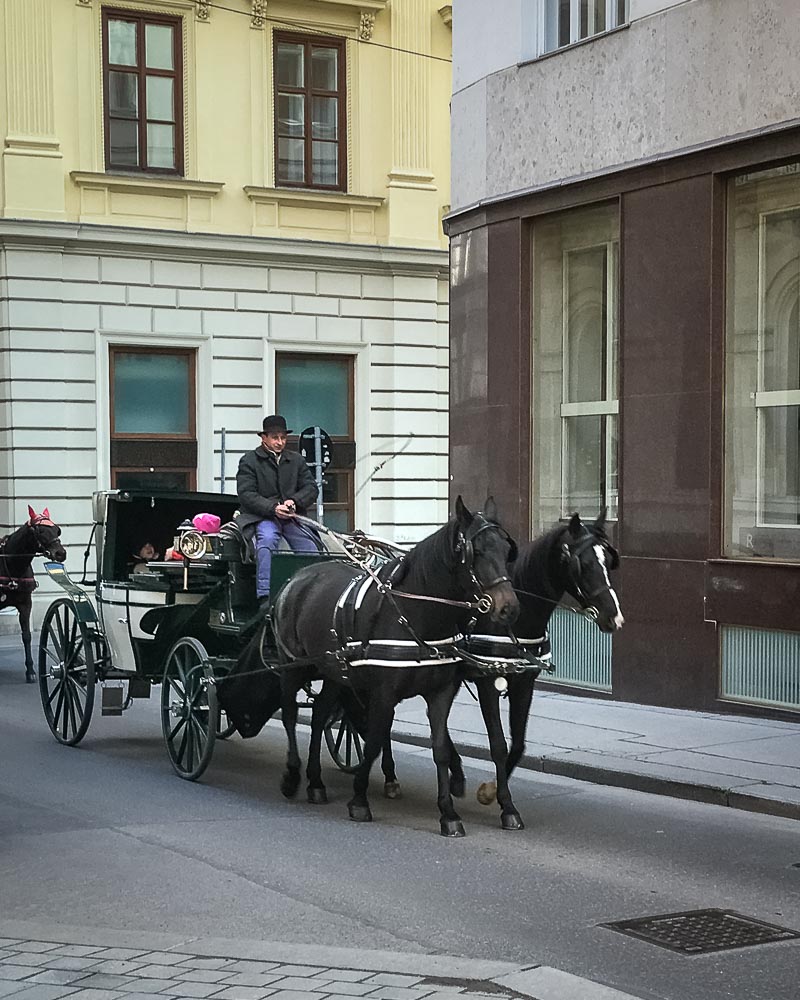 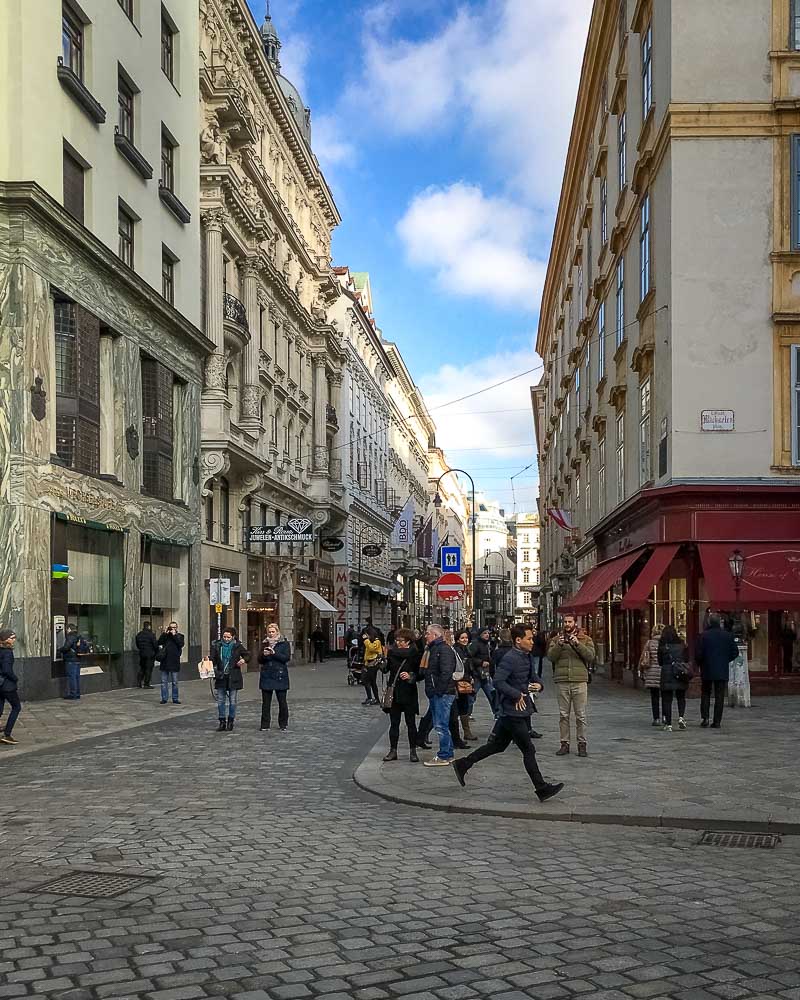 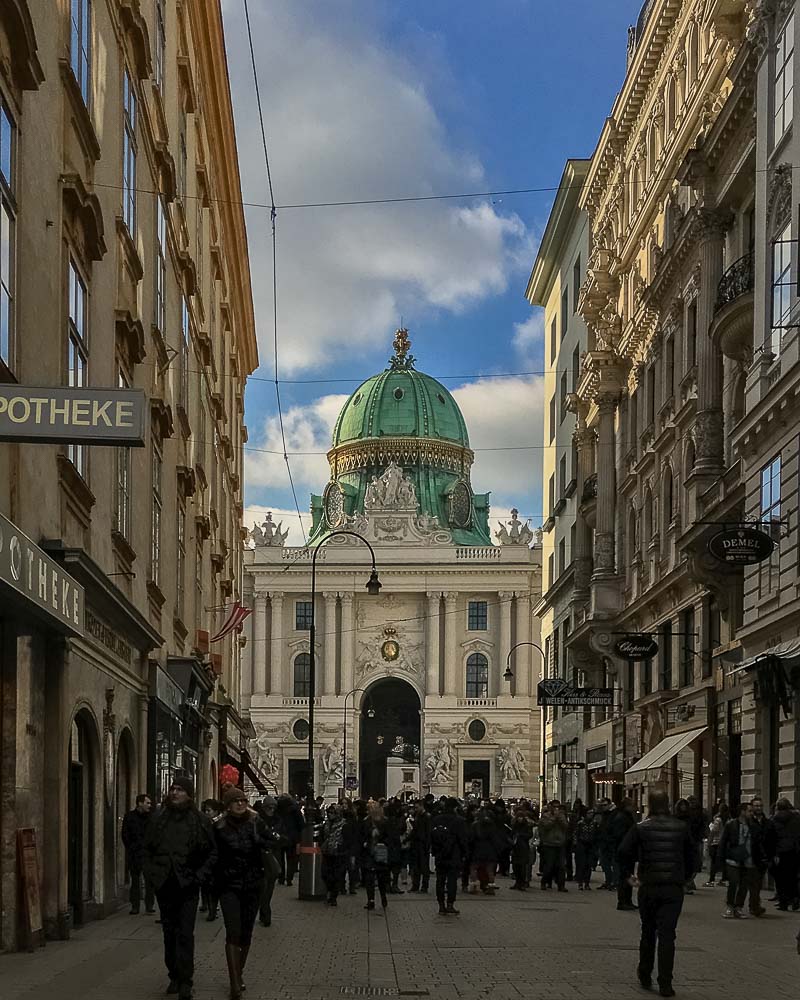 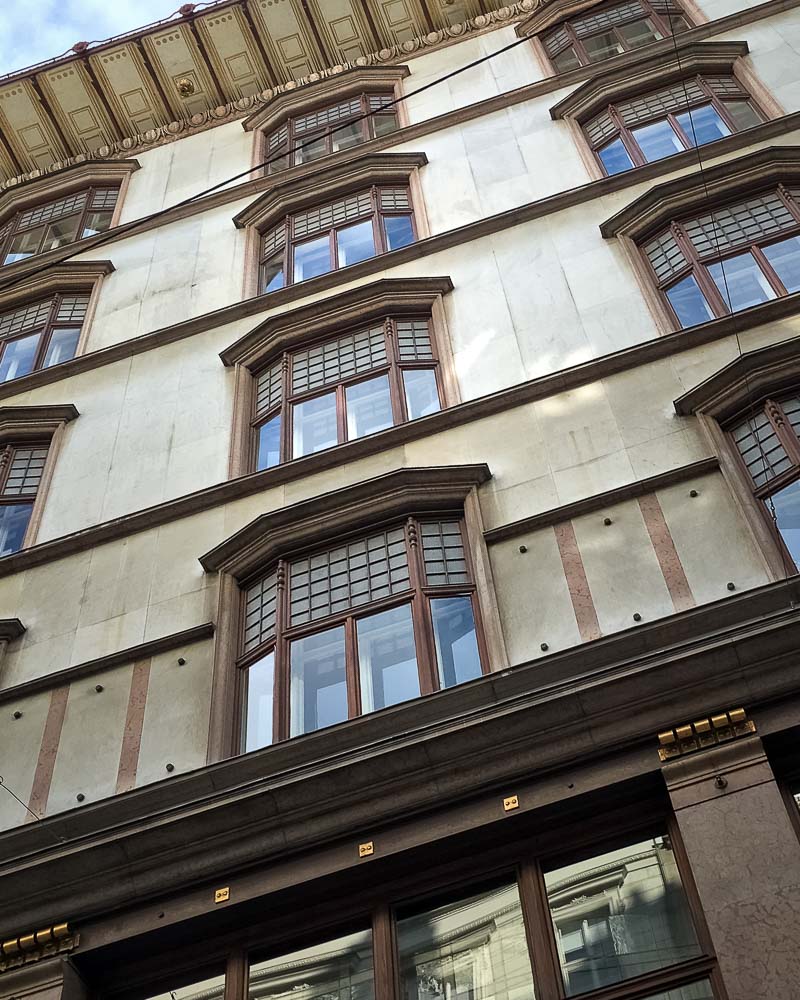 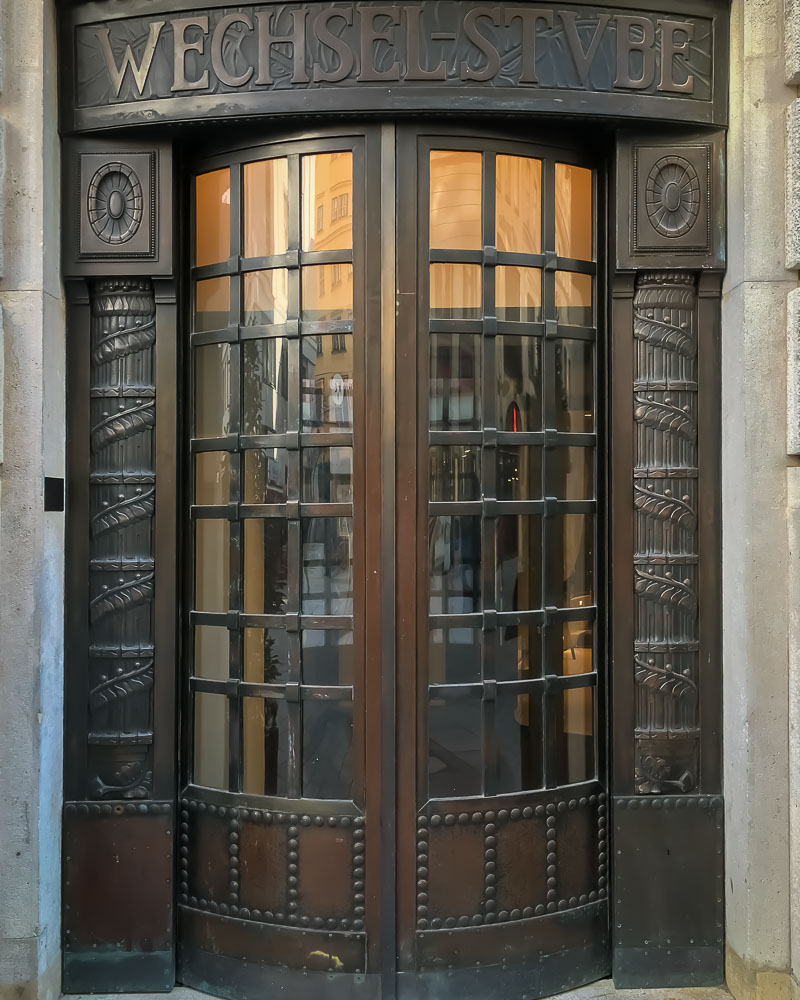 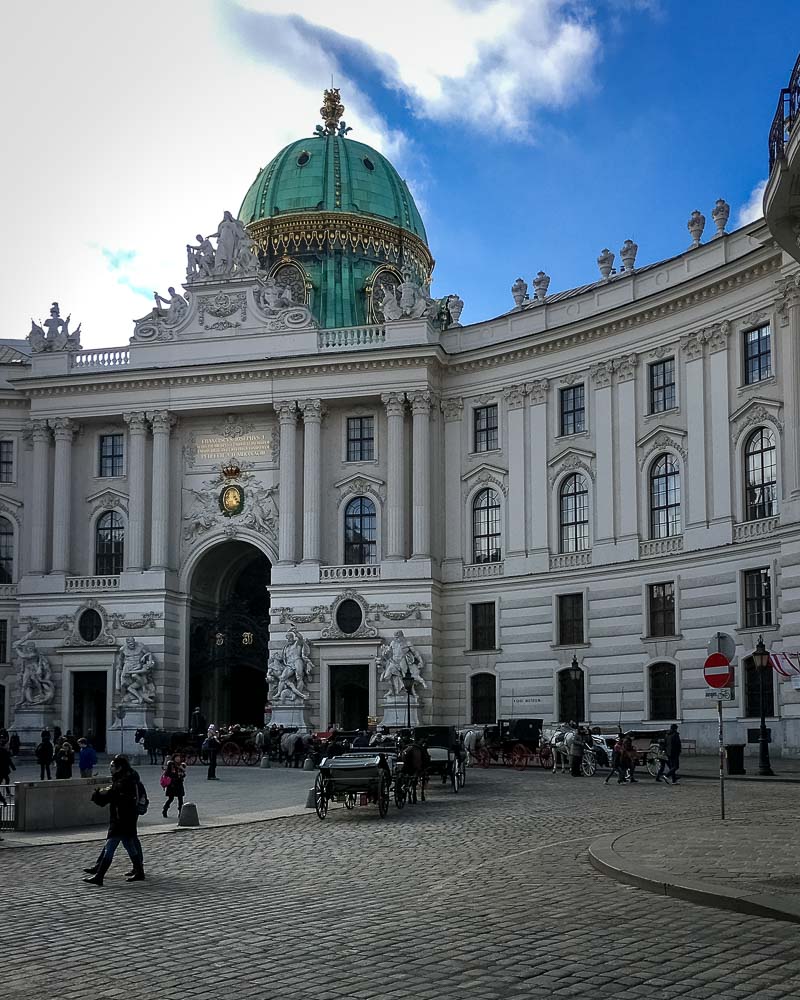