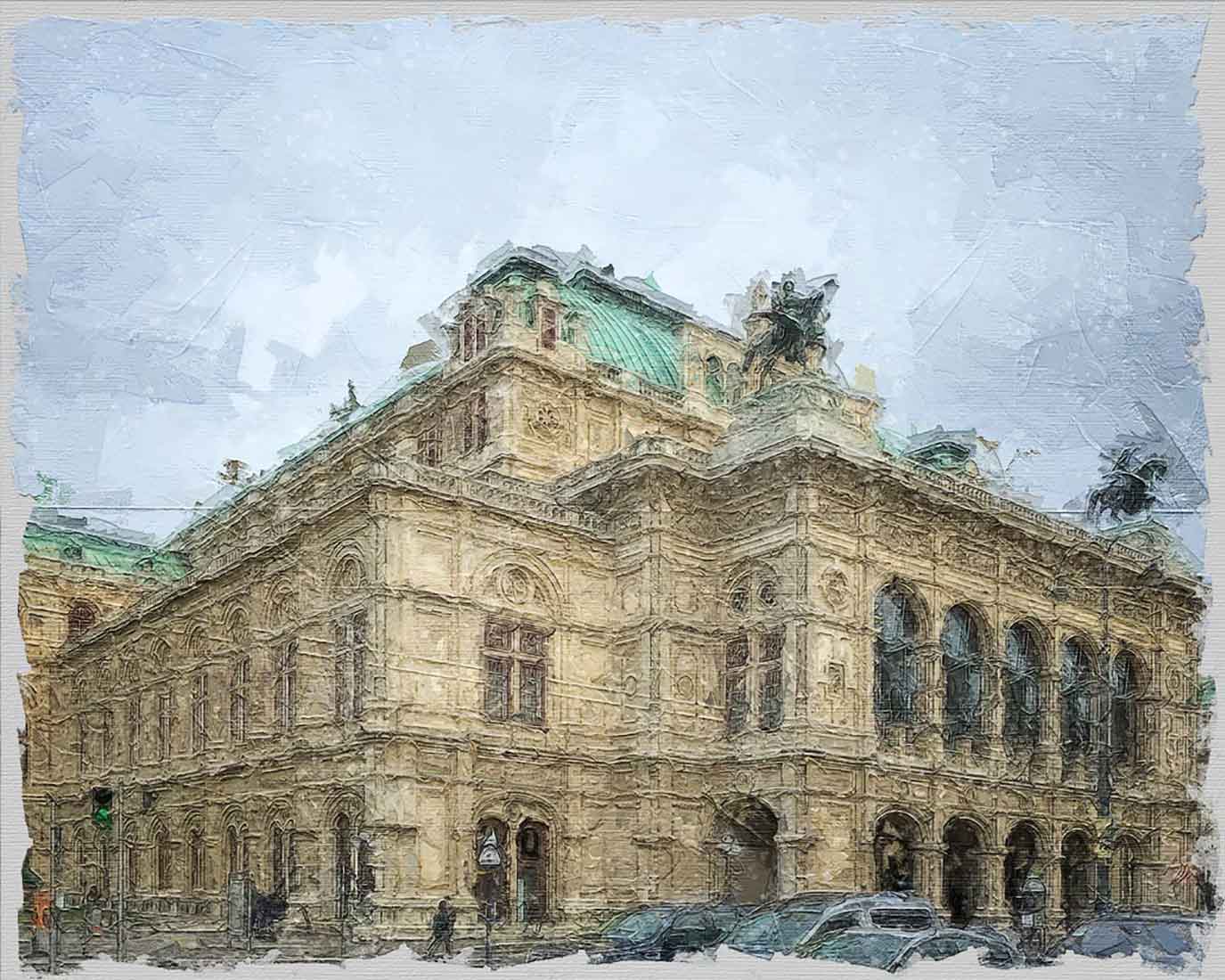 laf is leaving this morning and I will be on my own for the rest of my time in Vienna - another six days. We walk to the café that is fairly close to the hotel and have breakfast and a coffee. He makes me promise that I will not sit in my hotel room and to get out and explore the city on my own. "I will try," I reply as he gets into his car to drive the 10 hours back to his home.

Since I am about half way to the inner city, I turn and walk in that direction as Olaf drives away. I am determined to make good on my promise. Reaching the Stadt Park, I try a different direction to see what adventures await. My first adventure is the Opera House. 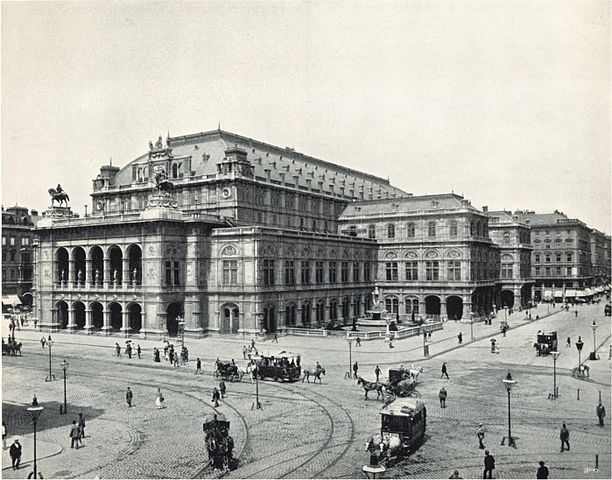 However, the building was not appreciated by the public. On one hand, it did not make as much of an impact when compared to the huge private apartment building – Heinrichshof – completed in 186. Furthermore, after the level of the street in front of the opera house was raised by one meter, the opera house was heavily criticized as a “sunken box.” Ultimately, the criticism drove the interior designer to commit suicide and barely ten weeks later, the architect succumbed to a stroke. 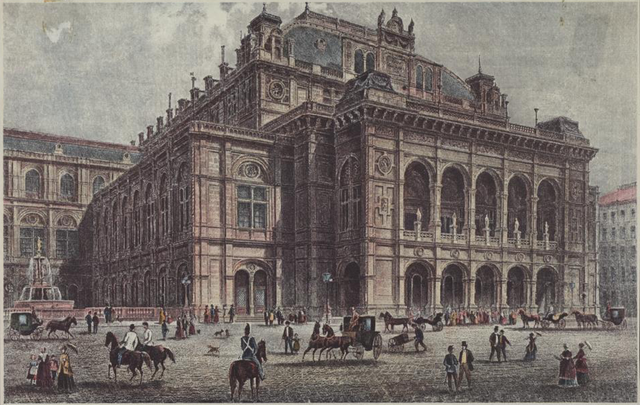 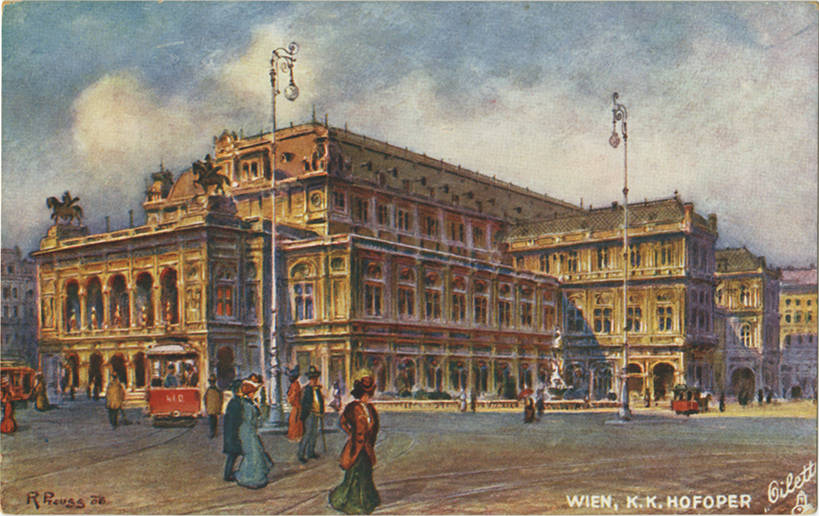 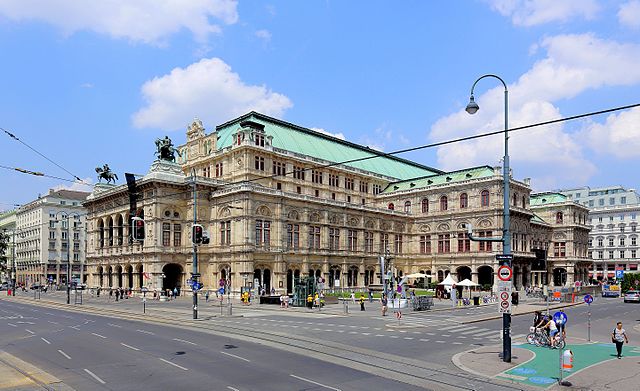 On May 25, 1869, the opera house solemnly opened with Mozart’s Don Giovanni in the presence of Emperor Joseph and Empress Elisabeth. Eventually, the popularity of the building grew under the artistic influence of the first directors. The years 1938 to 1945 were a dark chapter in the history of the opera house. Under the Nazis, many members of the house were driven out, pursued, and killed, and many works were not allowed to be played and on March 12, 1945, the opera house was devastated during a bombing.

Looking at the front of the building I can see the original structure that has been preserved since 1869. The façade decorated in Renaissance-style arches. The statues of the two riders on horseback were placed on the main façade in 1876 and represent Erato’s two winged horses that are led by Harmony and the Muse of Poetry. On the arches above the veranda are five bronze statues representing heroism, tragedy, fantasy, comedy, and love. On the right and left sides of the opera house are two fountains representing two different worlds: on the left, music, dance, joy, and levity, and on the right, seduction, sorrow, love, and revenge. The transverse wings, which stand perpendicular to the main building, originally served as driveways for horse-drawn carriages. 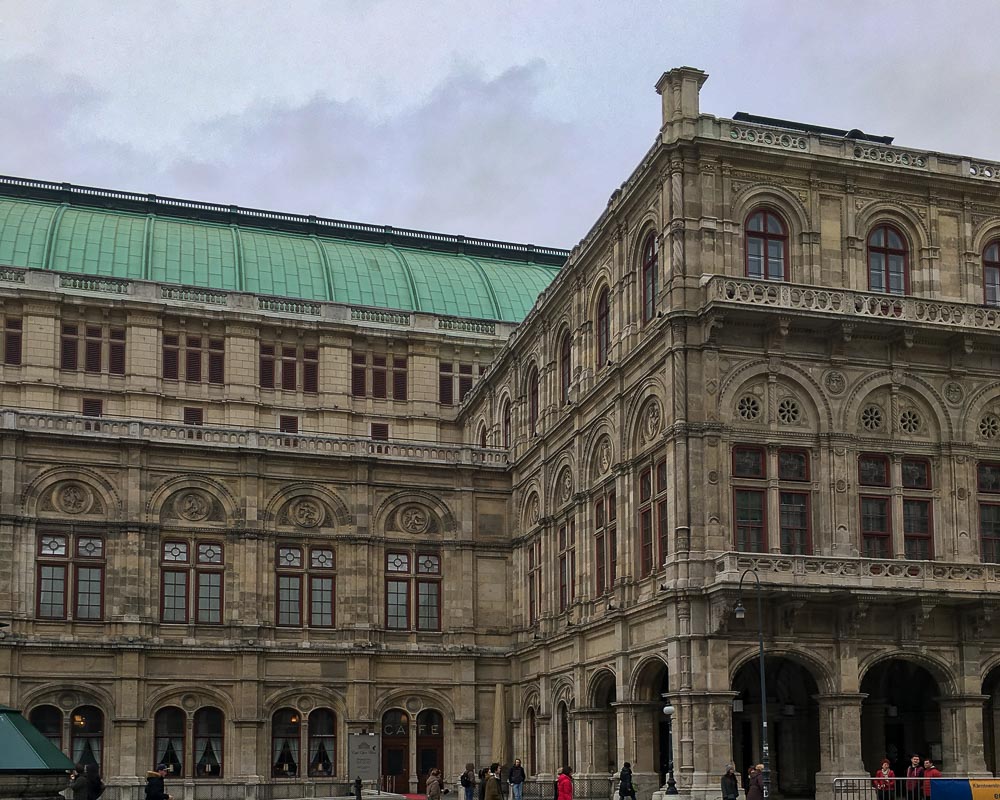 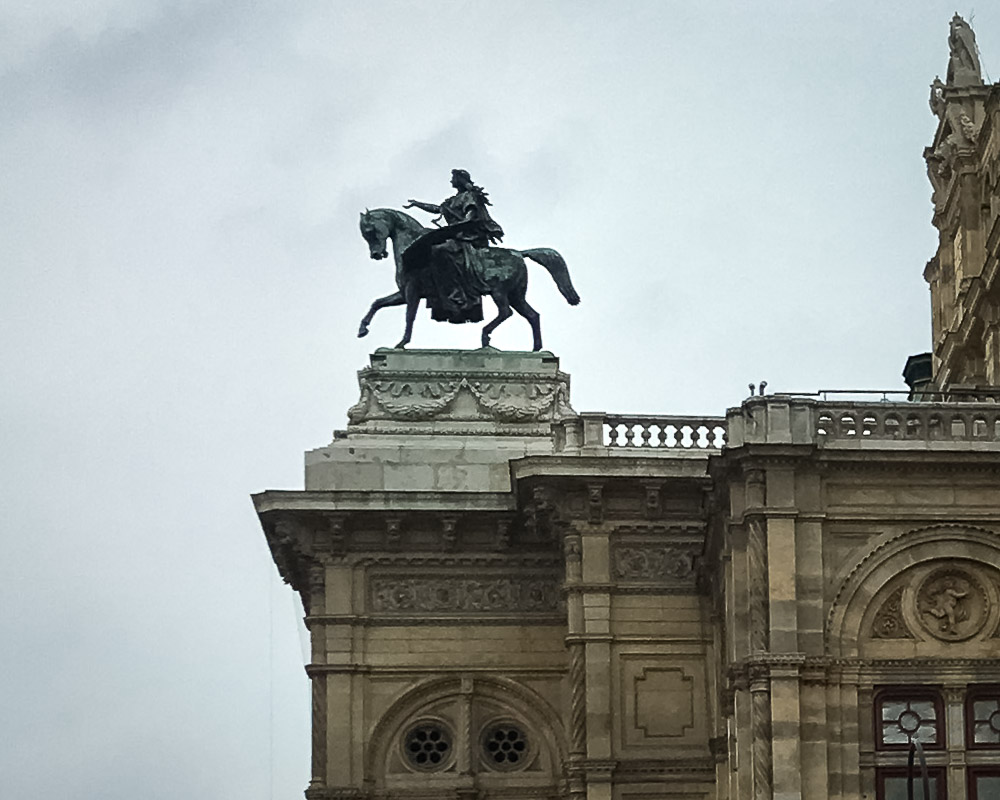 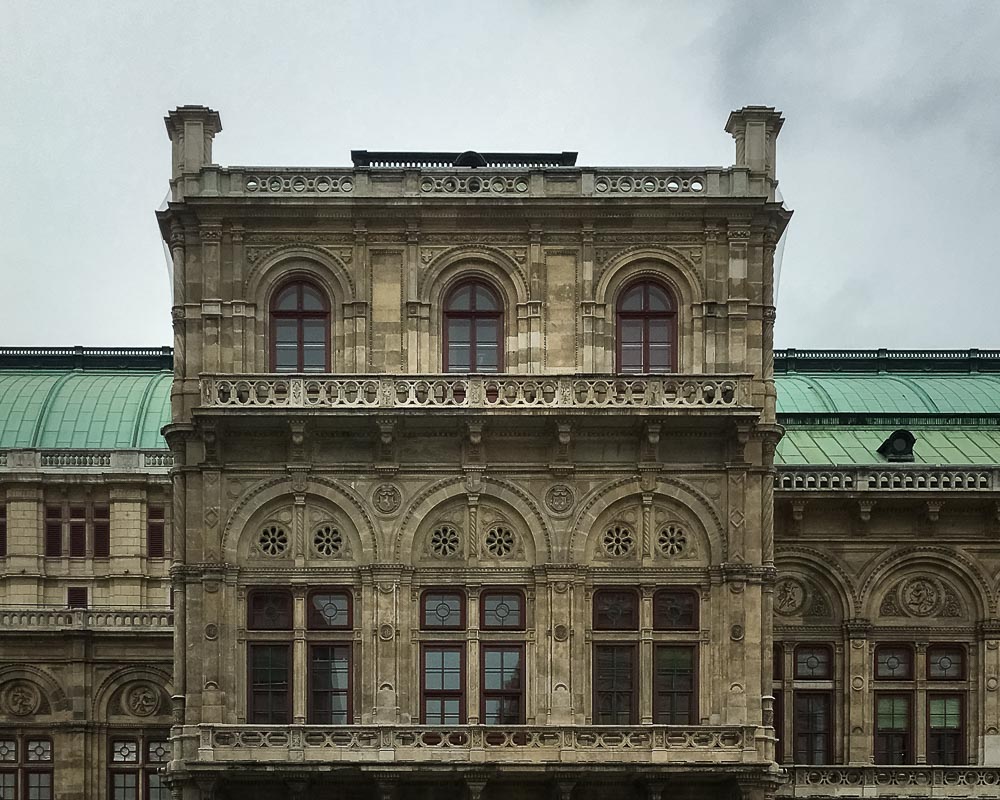 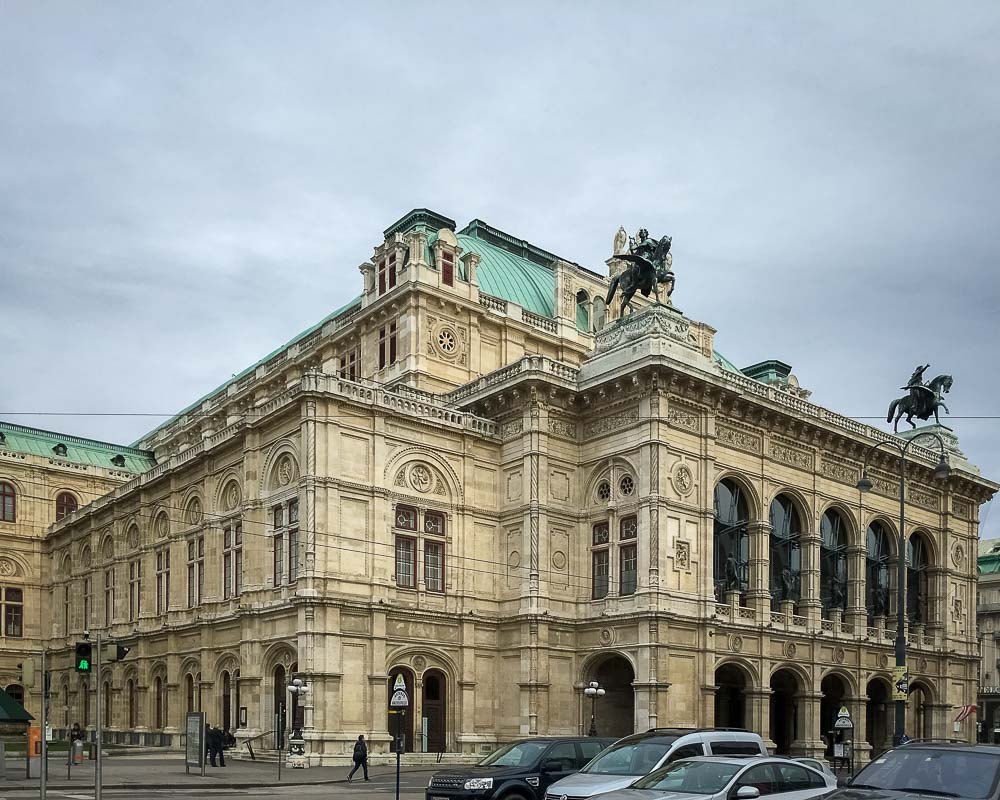 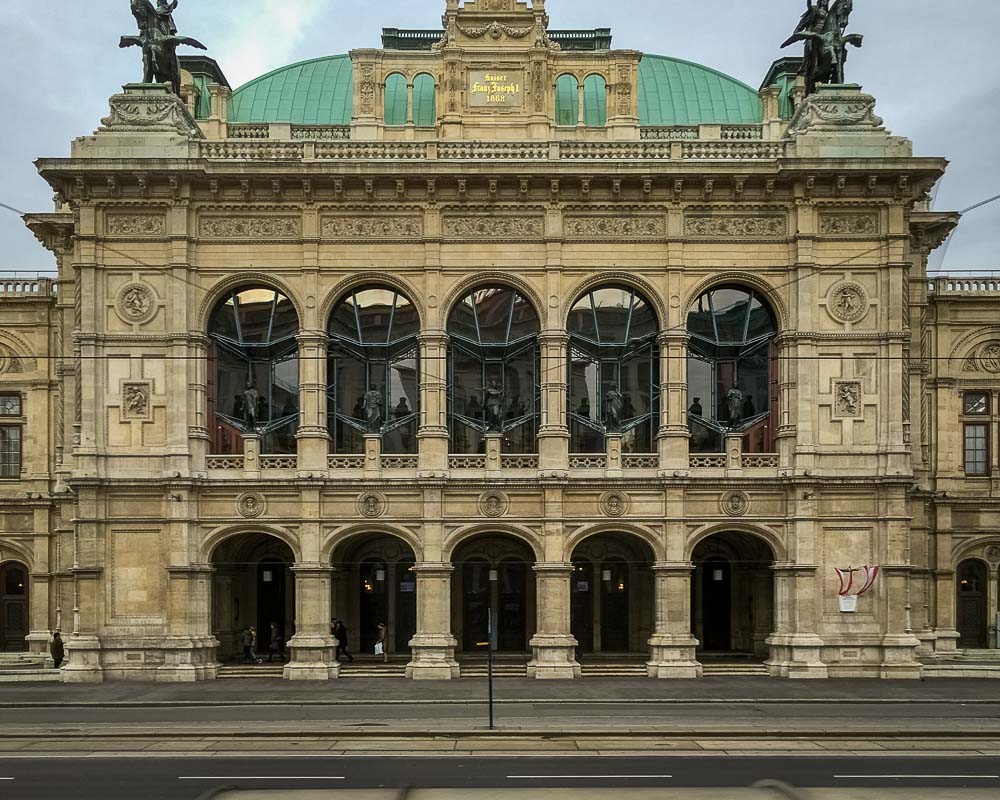 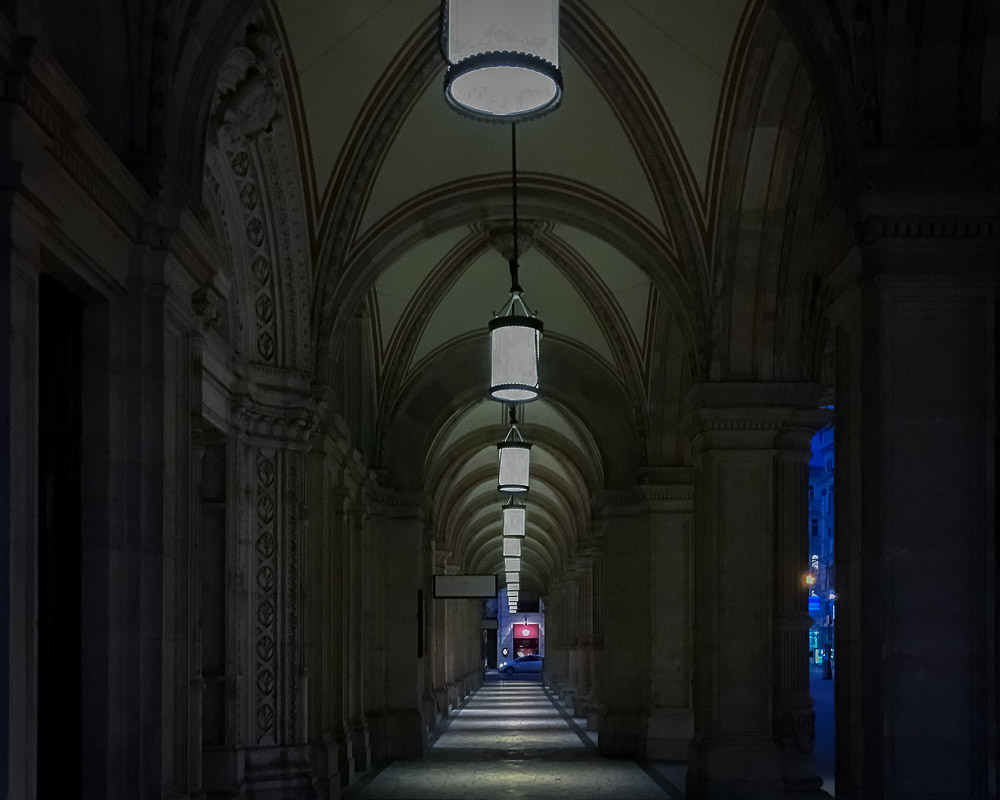 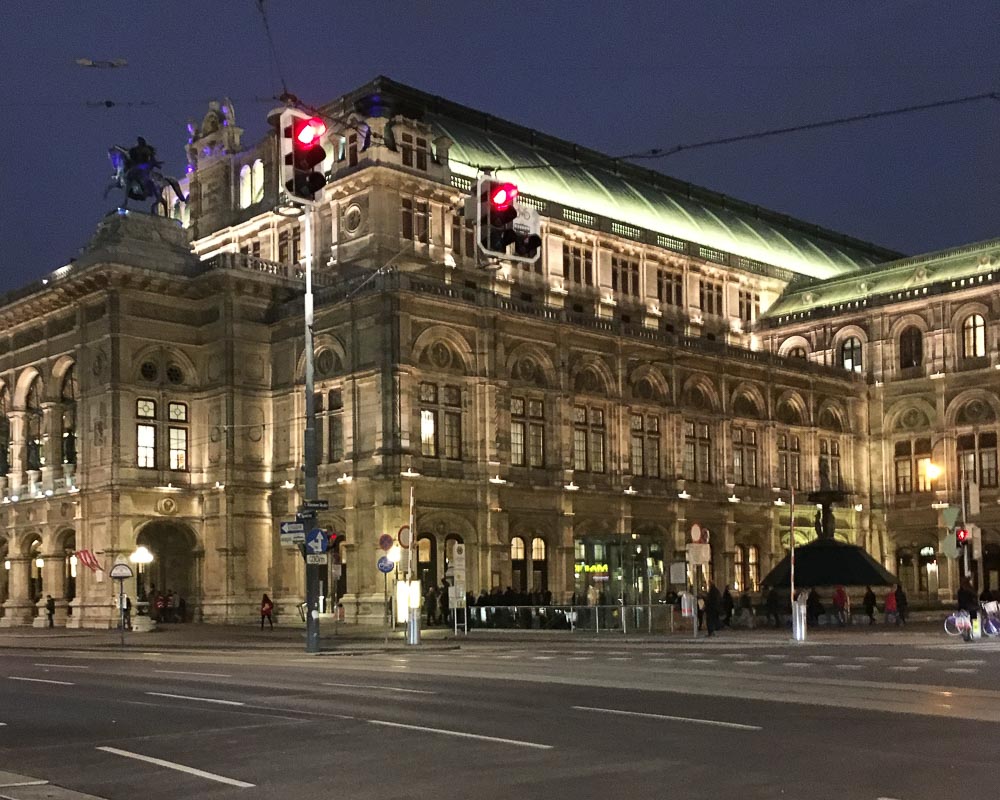 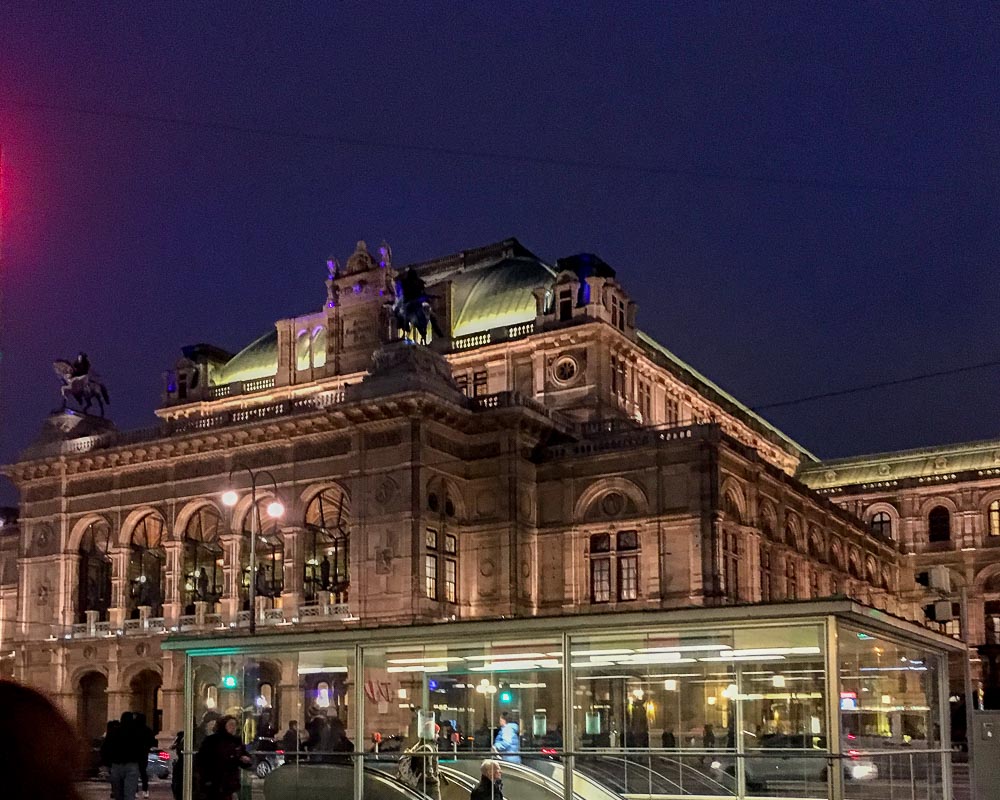 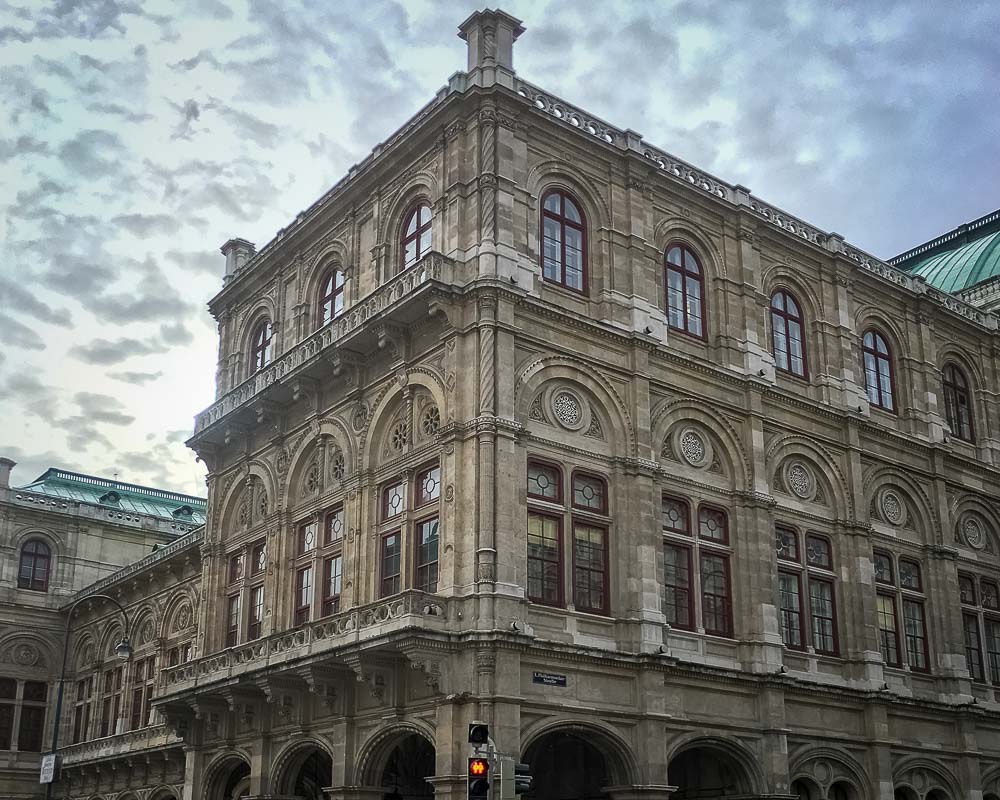