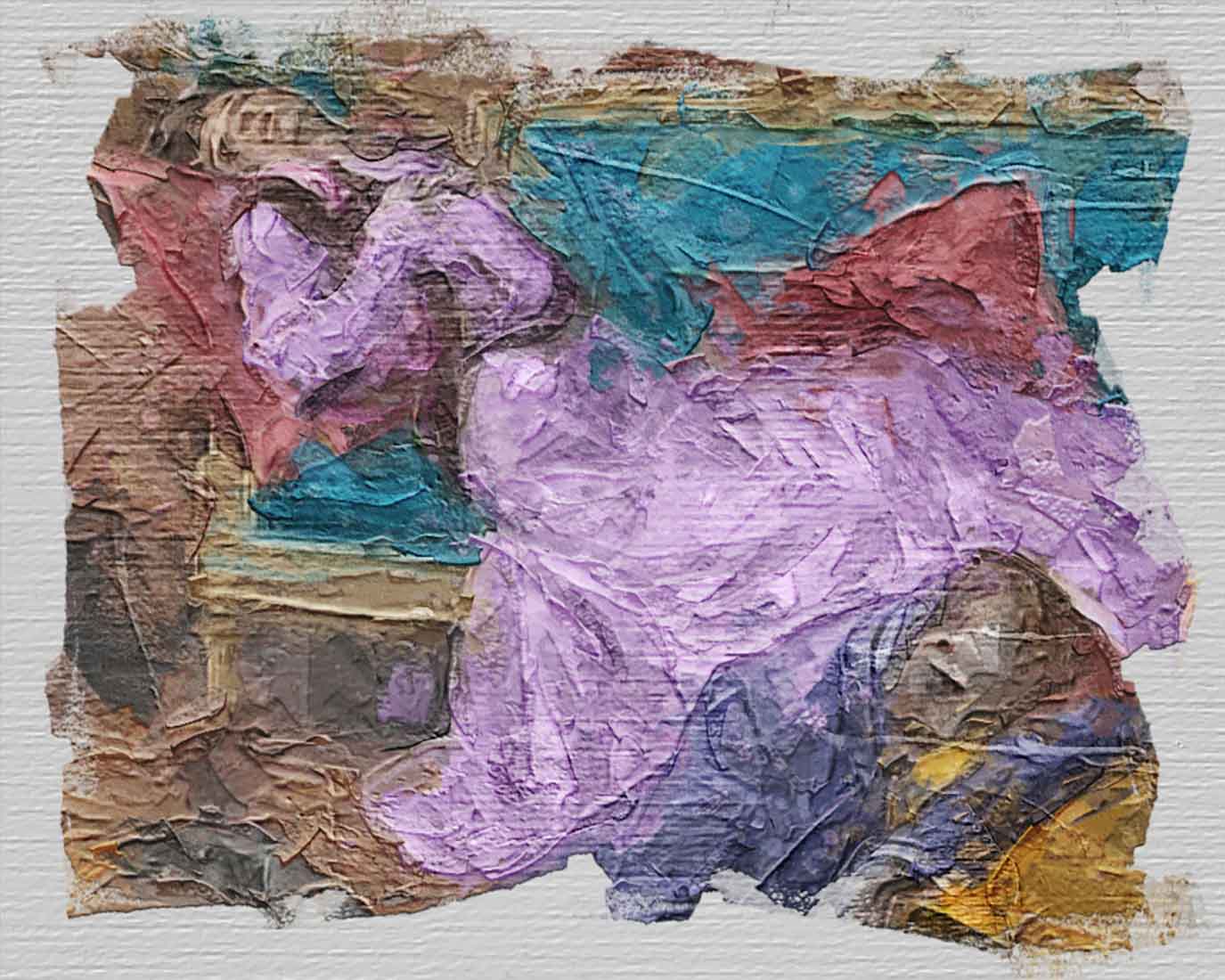 arly on a cold January morning, the Viennese - and indeed a great part of Europe - awoke to shocking news:

His Royal Highness the Crown Prince Rudolf is yesterday, the 30th day of the month, between 7 and 8 in the morning in his hunting lodge, dead of a sudden heart attack.

At the time, the Roman Catholic Hapsburgs were at the zenith of their power, ruling much of Central Europe. As Rudolf was the only son of Franz Joseph, the death of the Crown Prince interrupted the security inherent in the direct line of the Habsburg dynastic succession.

And so begins one of Austria’s most durable mysteries. 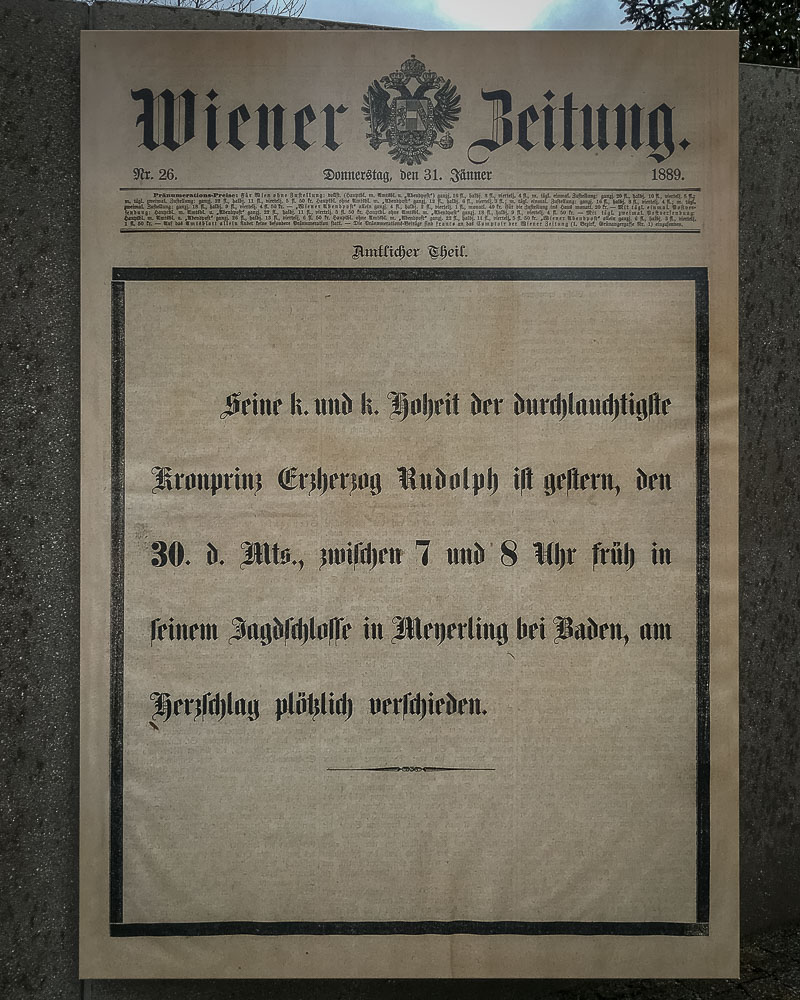 By 1889, many people at the Imperial Court, including Rudolf’s parents and his wife, Stéphanie, knew that Rudolf and Mary were having an affair. His marriage to Stéphanie was not a particularly happy one and had resulted in the birth of only one child, a daughter.

Mary von Vetsera met Crown Prince Rudolf in November 1888 and they began a three-year-long affair. Mary’s mother had ambitions for her and, since Rudolf was married, Mary’s family and friends found this liaison foolish and potentially socially compromising for the family as well.

She is compromising herself when she is scarcely 17 years old and so is ruining not only her life but also that of her brothers and sisters and mother... 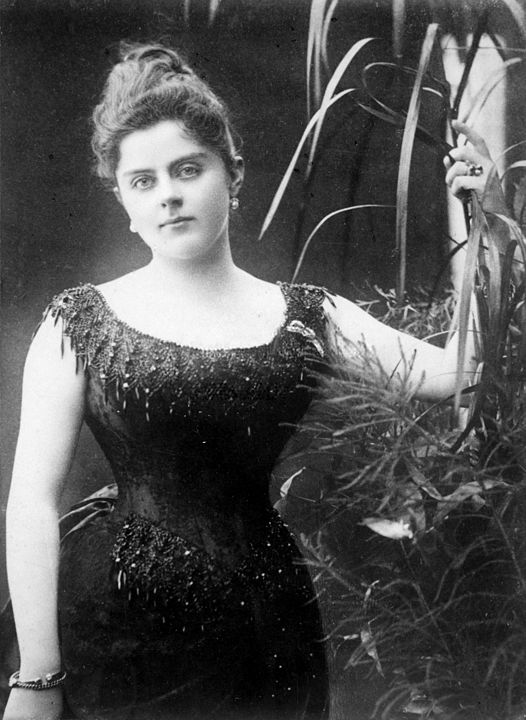 To all appearances, the Crown Prince fell increasingly into a personal crisis in the last years of his life. The reasons for this lay in his political opposition to his father, his pessimism about the situation of the monarchy, his failed marriage, and presumably also his state of health, which had further deteriorated in recent years further as a result of his lifestyle. In this situation, the thought of suicide had been present for some time. 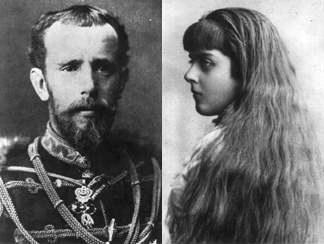 Mayerling had been in the possession of the Heiligenkreuz monastery since 1550, was acquired in 1886 by the Crown Prince Rudolf, who converted it into a hunting lodge. On 29 January 1889, Franz Joseph and Elisabeth gave a family dinner party before leaving for Hungary, on 31 January. Rudolf excused himself, claiming to be indisposed. He had arranged for a day’s shooting at Mayerling hunting lodge early on the morning of the 30th.

However, when the Crown Prince’s valet went to call him, there was no answer. The Crown Prince’s hunting – Hoyos – companion joined in with no response. They tried to force the door, but it would not give. 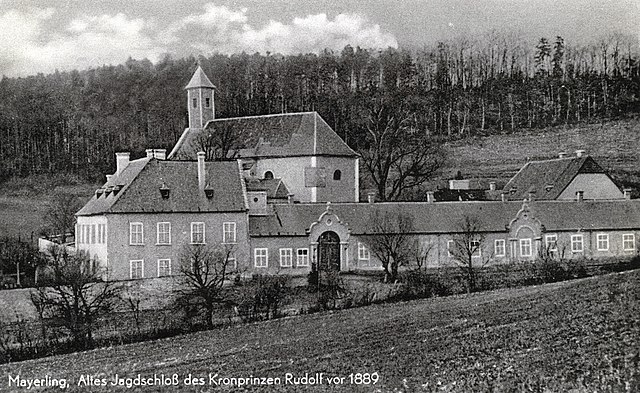 Finally, the valet smashed in a door panel with a hammer so that he could put his hand through to open the door from the inside. They found the room shuttered and half-dark. Rudolf was found sitting (or lying) motionless by the side of the bed, leaning forward and bleeding from the mouth. On the bed lay the body of Mary; rigor mortis had already set in. Hoyos rushed to Vienna to notify the Emperor and Empress. The Minister for Police was summoned and the national security services sealed off the hunting lodge and the surrounding area. Mary’s body was interred as soon as possible, without judicial inquiry and in secret – her mother was not even allowed to attend her burial.

Rudolf’s father ordered an immediate cover-up and put into motion the mystery that has shrouded the deaths. 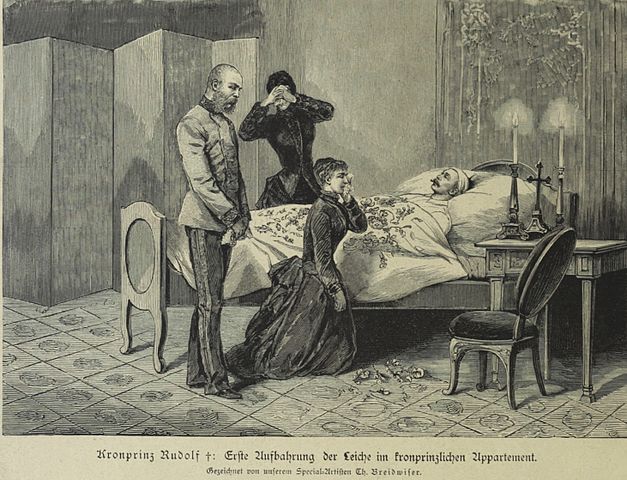 Rudolph’s last letter was written to his wife (pictured on the right) with instructions for her:

Dear Stephanie, you are now rid of my presence and annoyance; be happy in your own way. Take care of the poor wee one, she is all that remains of me. To all acquaintances, especially Bombelles, Spindler, Latour, Wowo, Gisela, Leopold, etc., etc., say my last greetings. I go quietly to my death, which alone can save my good name. I embrace you affectionately. Your loving Rudolf. 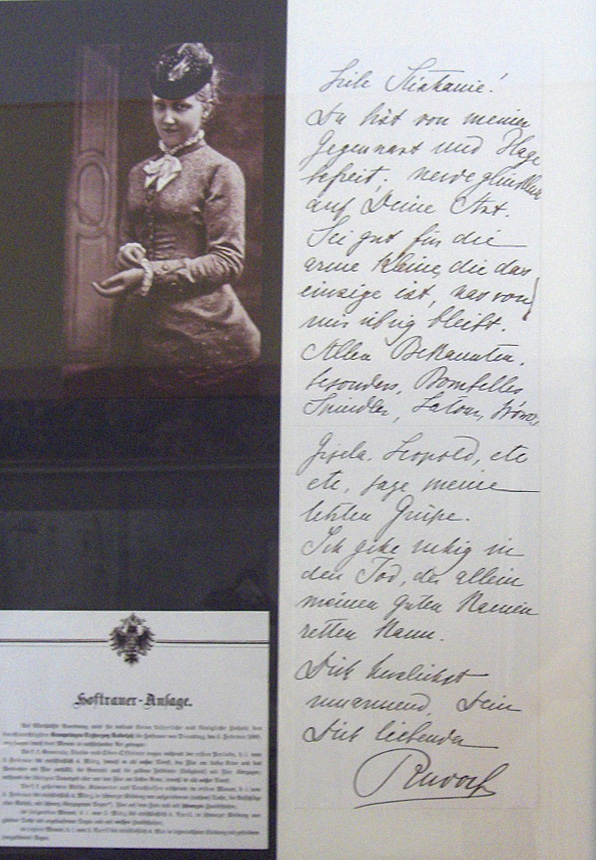 Dear Mother – forgive me what I have done – I could not resist love. In accordance with his wishes I want to be buried beside him in Alland cemetery. I am happier in death than I was in life--Mary 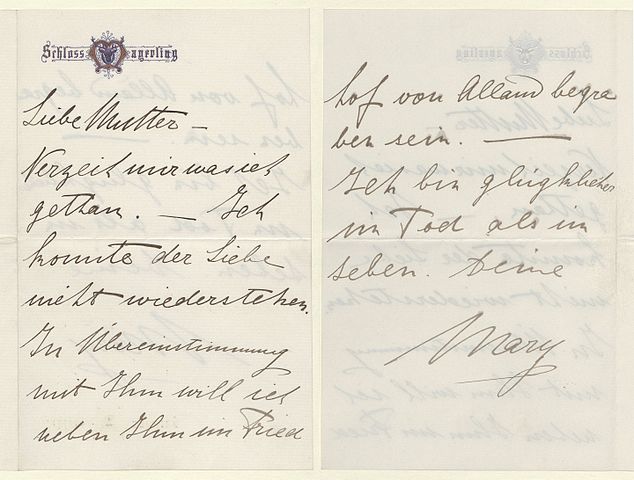 At first there was even no mention of suicide out of fear that the church would not permit a proper burial. Rudolf’s death was attributed to natural causes or poison at the hands of his enemies. Because Rudolf was unhappily married – no public mention was made of the teen-age Mary and a finding of murder was out of the question; Rudolf, after all, was heir to the throne.

Finally, the emperor informed the Pope that Rudolf had committed suicide in a “deranged state of mind,” thus allowing a Catholic burial in the imperial vault in Vienna. After the deaths, the emperor ordered the hunting lodge at Mayerling razed and a Catholic convent built in its place. The altar of the convent church stands over the spot where the bodies were found, in what was once the 31-year-old Prince’s bedroom. 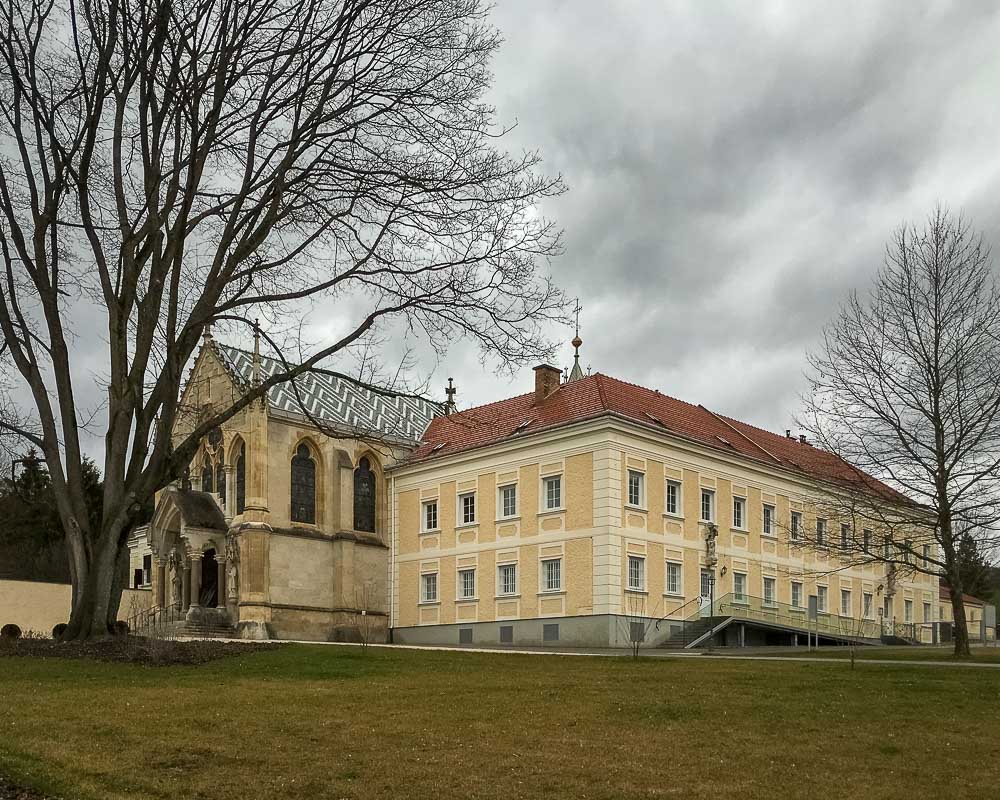